On Saturday we went to the beach for the first time this year. The weather was better than any single day of 2007, so we're off to a good start. The water was pretty icy, but amazingly refreshing after being in the sun for an hour. Nothing like going from uncomfortably hot to uncomfortably cold in a couple seconds to get the blood flowing.

But before the beach, we stopped by the Colindres town hall to see an antique car exhibition. It was pretty cool. A lot of the cars were fairly normal old cars that had been preserved really well. But the more interesting ones were the cars that had been souped up or were more than 50 years old. 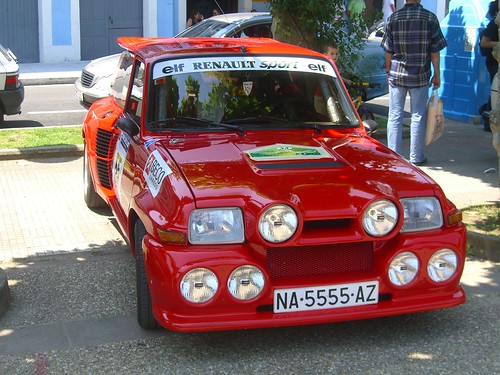 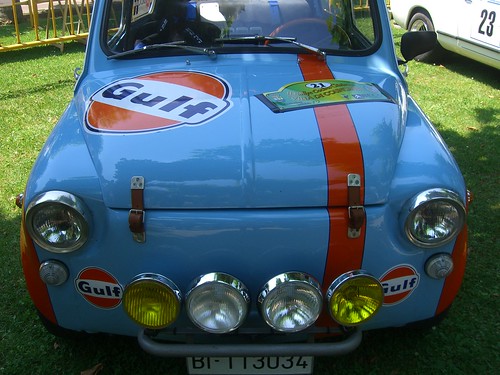 Check out the belt buckles holding the hood closed. 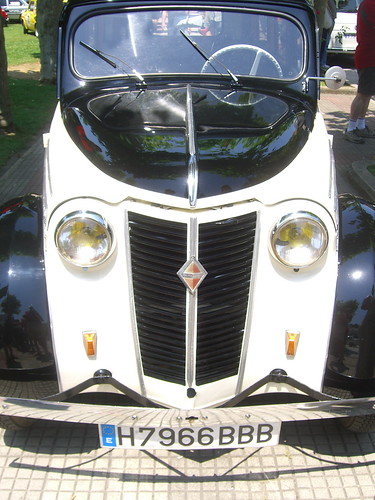 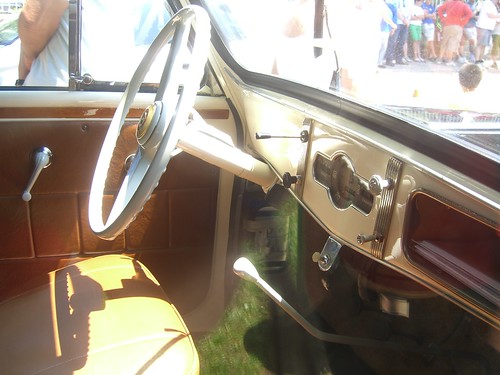 No on-board computer? No GPS??!? How did people get anywhere in those days?

A panorama showing the alameda in front of the town hall full of cars. 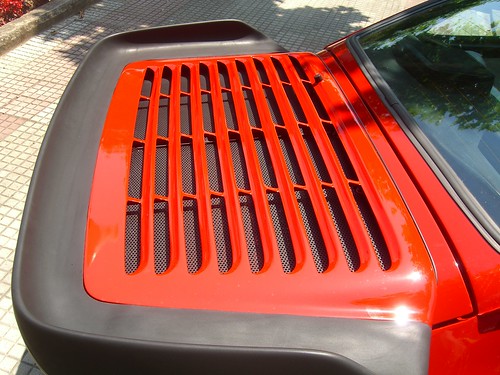 See? I told you there'd be spoilers!

Later, there was a "rally", where the cars lined up to be driven around town. It was funny to see them leave the starting gate with the Colindres flag waved like it was a race, and then pull out and stop at a traffic light 40 meters from the starting line.

On Sunday, we watched Spain defeat Italy for the first time in 88 years. I cannot recall being so excited about a sports game before. I think it was also the first time that I've been showered in champagne.