On Saturday there was an exhibition of the local Colindres bobbin lace (bolillo) club. We went because one of our salsa dancing friends, Ana, is going to classes and participates in those events. She had an abanico, Spanish hand fan, that she was working on. It looks pretty doggone complicated to my layman's eyes. Ana explained that, like most things, it's pretty easy once you learn the tricks and have the patience to do it right. I sort of picture it as a sofa pastime, giving half your brain to the lace weaving and half to the telenovela. Ana says she's been working on the abanico since January, but that she didn't do any work on it in May because of the run up to her son's wedding. 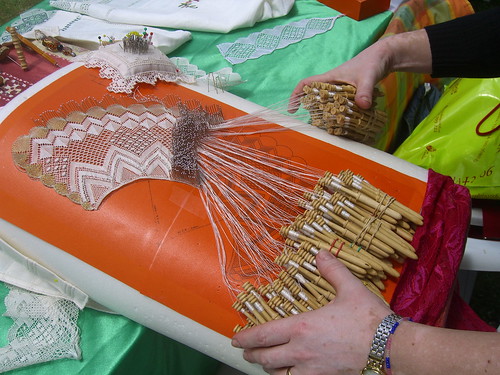 Being the wise-ass I am, I asked, "So you would prefer that I not start removing these straight pins?" 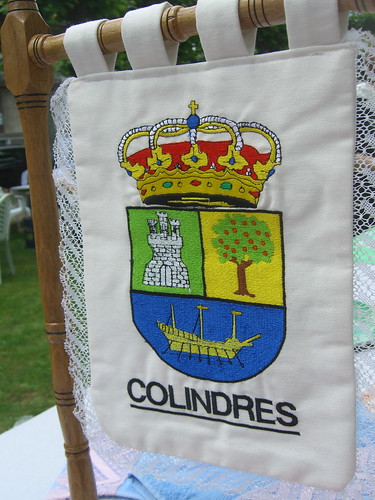 This particular piece that another woman had on display was very nice. It's the coat-of-arms for Colindres. 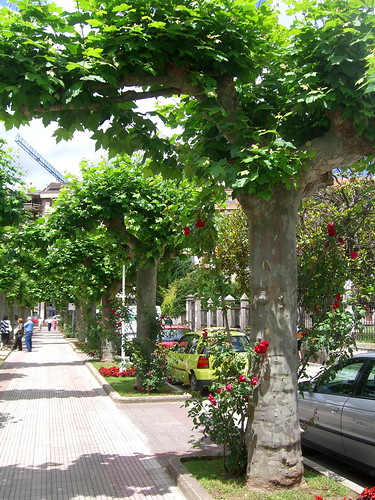 The walkway near where the lacers (?) were set up showing their wares. 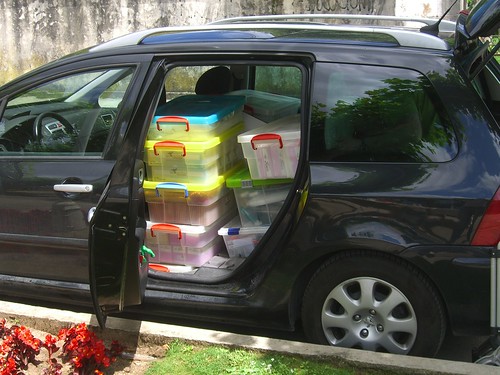 This guy was loading his car full of plastic boxes containing lace projects.

What follows is a video that I took two years ago in another part of Spain. It fits so well here that I've decided to include it. revver(50452)

There's always something weird when people with odd hobbies get together. I've been to events with aficionados of chess, bridge, salsa dancing, and canine agility. I can't put my finger on it, but it's always a strange experience.

In related news, "tatting" is a pretty cool word that, apparently, also means "dumpster diving". There, now we've learned something!

No doubt the title of this post is an overused joke in the lace community, but it was either that or "Not Cagney".