Another round of tilt-shifting has occurred. This time the photos come from my recent TUI Coventry post and some selections from an absolutely gorgeous set of photos that Hubbers took in Norway a couple weeks ago. You really should check out the entire set. 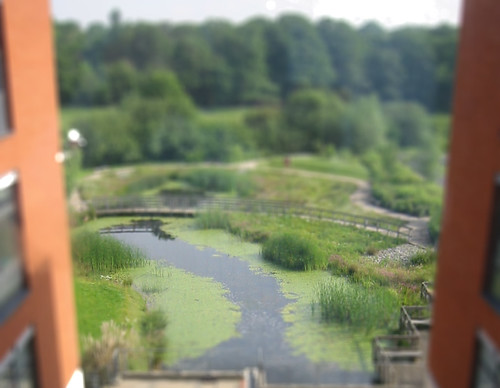 This is a fairly mediocre tilt-shift, I think. It was tough getting the framing walls to blur with such a straight edge. I had to crop out the people from the original photo. 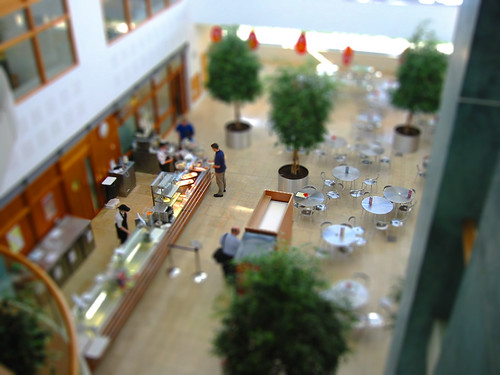 This one is pretty cool. The tricky part here, besides the nearby walls like on the previous photo, was the man standing at the cash register. His body was in focus, but his head was blurred, so I had to pull his head into focus, too.

This is a ferry in a Norwegian fjord. The cut-out of the boat was a little sloppy, and the featureless surface reduces the miniature effect a little bit.

Miniature Bergen Harbor. This photo is particularly lovely to me because it's the harbor where my great-great-grandfather, Rasmus Rasmussen, set sail from on his way to the United States. 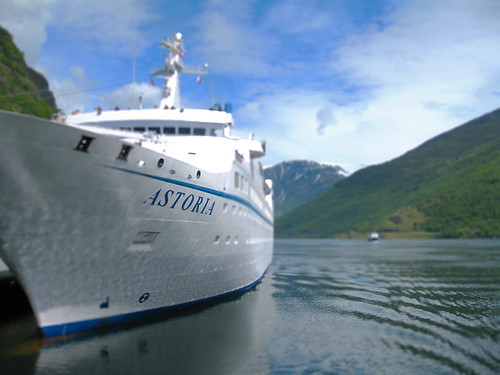 This is probably my most ambitious tilt-shift yet. The close-up nature of the subject and the wonky nature of the depth of field line made it particularly hard. I'm fairly satisfied with it, though.