Last weekend we went to a cheese festival, called Quesucada, in nearby Laredo. We missed it last year and regretted not going. It turned out to be nothing but a dozen vendor stands crammed too closely together such that you couldn't see anything or walk comfortably. There was a bunch of shouting between the idiots trying to push a pram through the crowd and the idiots that insist on standing still in groups of 5 or more in the middle of the narrow path. So, needless to say, we won't be intentionally attending any Quesucadas in the future. 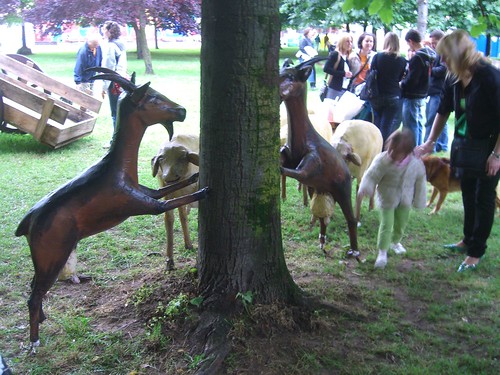 These were at the cheese festival thing. Are papier mÃ¢ché animals or people ever not creepy? I don't think so. Well, okay, sometimes. 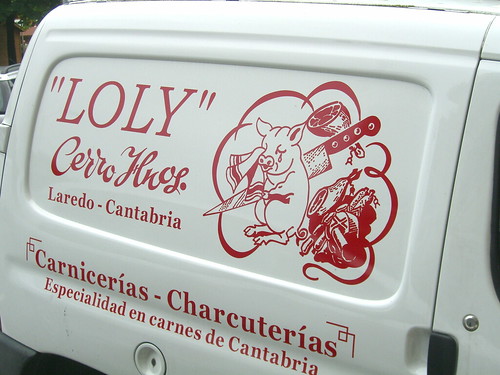 What could you possibly be thinking, running a carnicerí­a and charcuterí­a, painting a weeping pig on your van!!? With a knife through it!? Aaahh! 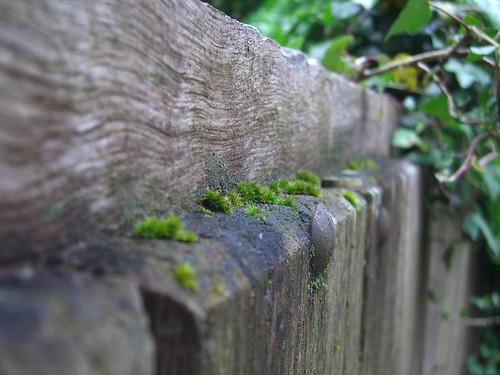 Some moss I noticed while nosily peering over a fence keeping me out of private property. Marga saw me take the picture and started chuckling. "I was just thinking about that 'moss rocks' comment that Simon left on your blog," she said. "Moss rules," I corrected. "You people are weird," concluded my wife, smiling. 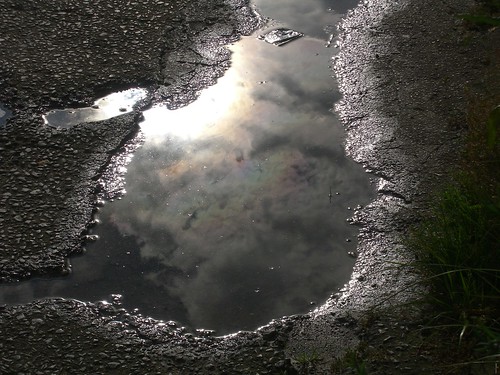 I noticed the colors in the clouds as I approached this puddle. I don't think it's an actual sun dog, but something similar. It was too bright to see directly (not reflected).

Low tide in the tidal river basin that borders Colindres. The lighting made everything look particularly green. Worth checking out in larger size.