It's strange how memory works. This photo, by Hubbers, reminded me of the place where he and I used to work in Coventry, England. Rather unbelievably, it's been four whole years since I worked there, so I suppose it's okay to share these photos.

As far as offices go, TUI was pretty nice. A huge open atrium housed a canteen that quickly taught us to bring our own lunches from home, as well as a Starbucks-certified machine and barista. As I recall, towards the end of my contract, we had worked out a system where Hubbers would just jingle some change together, causing me to Pavlovianly stand up and head towards the atrium. He followed shortly after. The coffee was overpriced, but the break from the monotonous work was priceless. 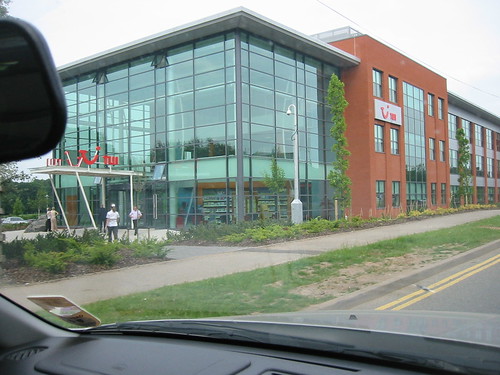 The main TUI building. I didn't work in this building. We just had to go there for pointless corporate-wide meetings. 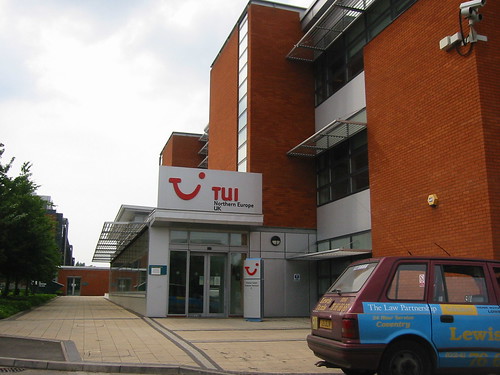 The front entrance to the building where I worked. 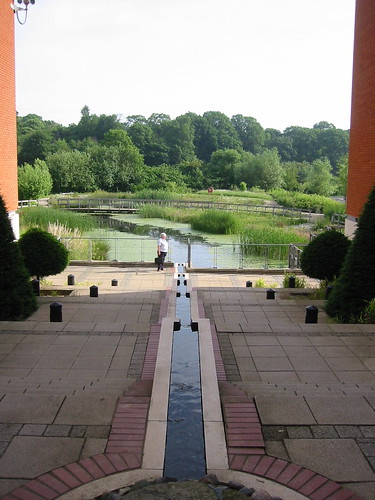 This was the entrance that we used to go into work every day. This is the little waterfall that Hubbers' photo reminded me of. Notice the CCTV cameras in all of the first three photos. It was in the good old Orwellian UK, after all. 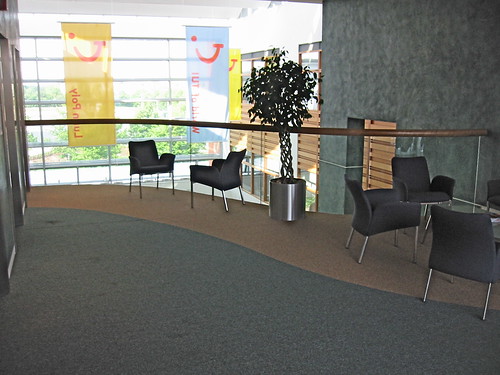 The landing in front of the elevators on the second floor, where I worked. On the other side of the railing is the atrium. See below. 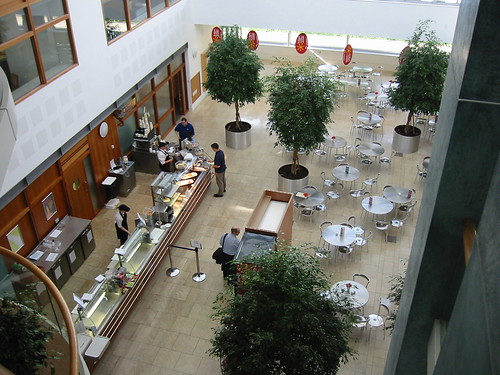 The Starbucks machine was at the far end where the two customers are gathered. The bald guy is getting a drink from a refrigerator. None of it was free, in case you were wondering. 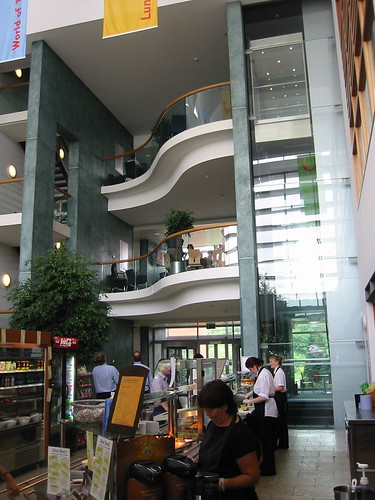 Looking back up from the Starbucks zone. 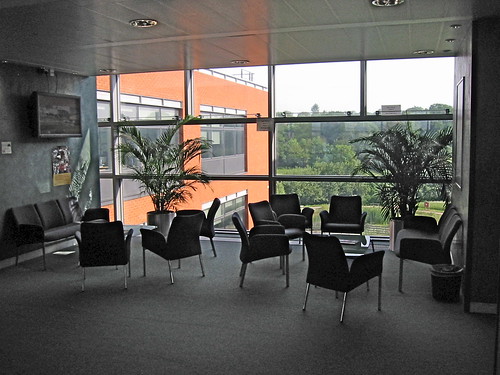 The common lounge area on the second floor. This is where people ate the lunches they brought from home. 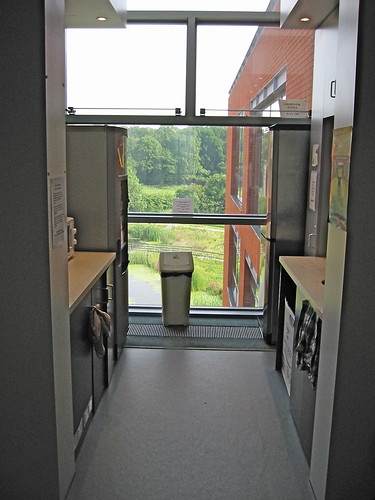 And this is where the lunches got microwaved. 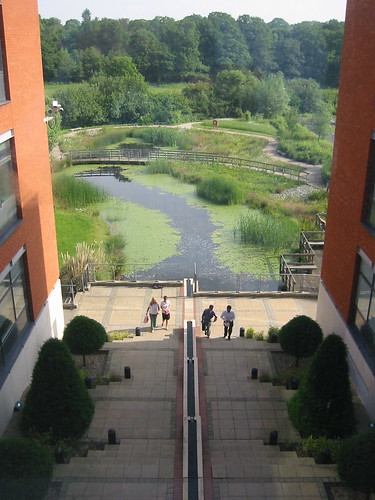 Looking down to the entrance and pond from the second floor lounge. 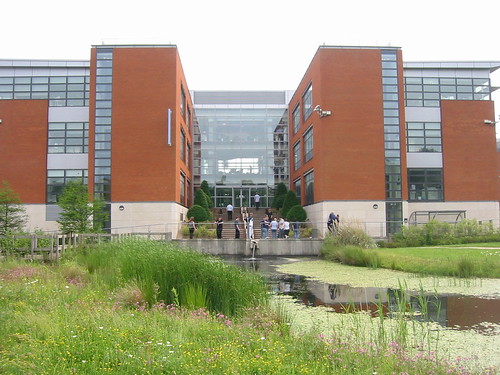 Looking back up from the bridge over the pond.

All these photos were taken on June 8, 2004. To give you some perspective on how long ago that was in internet time, I remember being so happy when one of my coworkers gave me an invitation to the beta version of a new email software that Google was releasing on an invitation-only basis. It's hard to believe that it's been four years since I left my last shirt-and-tie, drive-to-work, cubicle job. Even though the salary was they highest I've ever earned been paid, I'm so glad I quit.