My tilt-shifting habit apparently knows no end. I'm starting to look at all photos with a "What would this look like in miniature?" attitude. Two of these photos are ones I took in Dublin last weekend. Another one is a very unique medieval castle in Slovenia. And the final photo was taken by my friend, Hubbers, in Tuscany last weekend (his excuse for not joining me for a Guinness in Dublin). I'm starting to notice that the better the initial photo, the better the tilt-shifted version turns out. 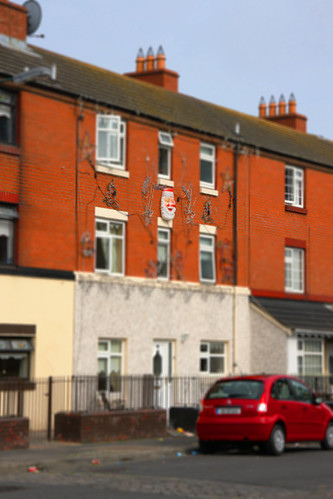 Miniature Christmas in May. 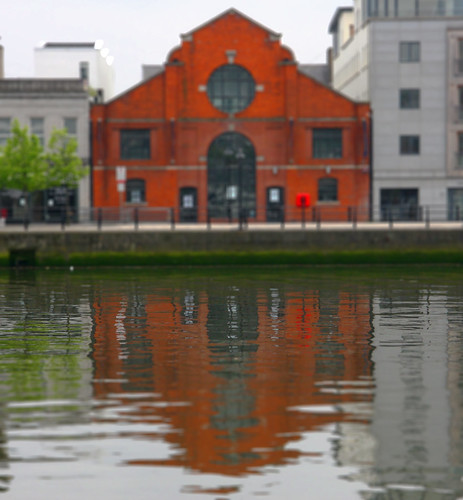 Reflection on River Liffey. By choosing which part of the photo to put in focus, I can directly control the eye of the viewer. Hard not to look at that water, isn't it? 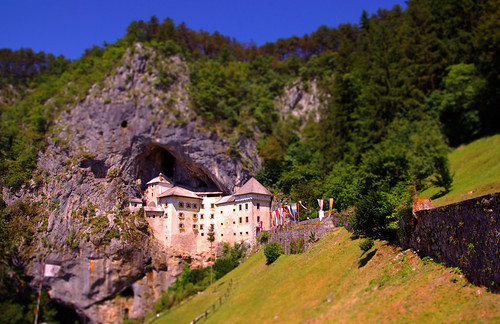 Predjama Castle is built into a cave. 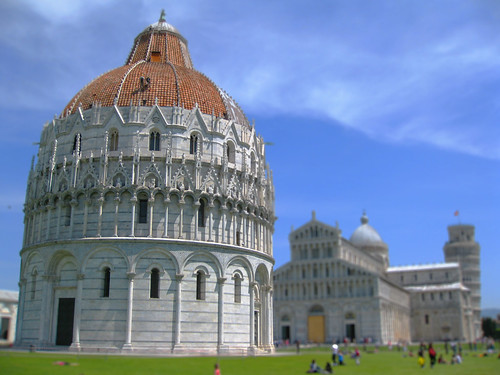 Piazza dei Miracoli in Pisa, Tuscany, Italy. This is the first tilt-shift I've done without using a linear focus line. I'm pleased with the result.

The last one is my favorite. Apparently the tower almost fell over, but Hubbers was there to hold it up. Clichés are fun.