We went to the in-laws for the weekend. Not much happened, but I did spend some time on Saturday watching a dominos tournament at my father-in-law's social club. It was pretty interesting. The dominos have this little nub in the middle, presumably to make them easier to pick up when they're face down. The men playing insist on slamming each domino they play hard on the table and then sliding it into place. 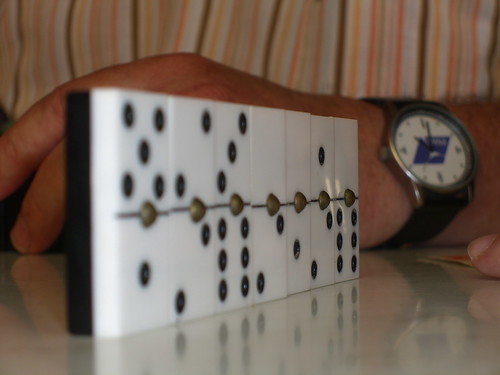 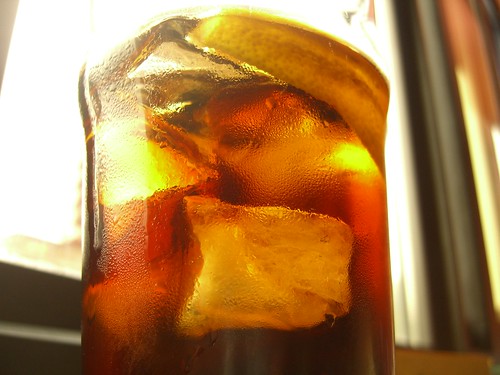 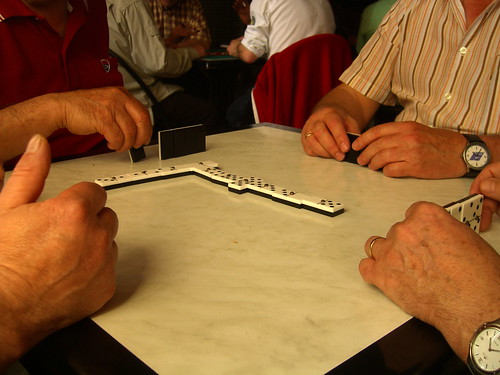 Four sets of hands gathered around the table. 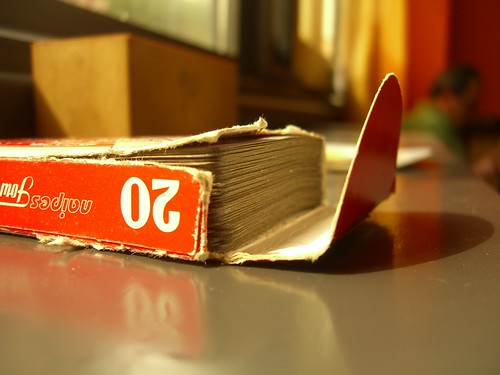 An old deck of playing cards. 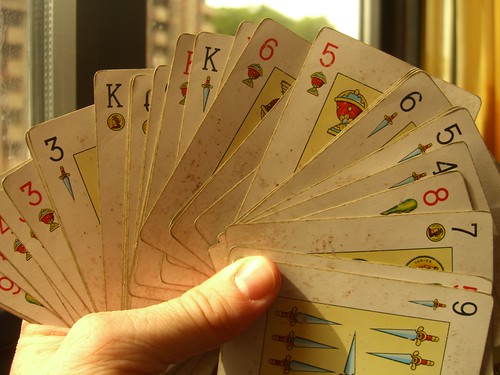 The cards were particularly strange, because they had poker ranks (ace, king queen, etc.) with Spanish suits (swords, cups, coins, and clubs). Normally Spanish cards, instead of aces, kings, queens, and jacks, have aces, kings, horses, and pages. 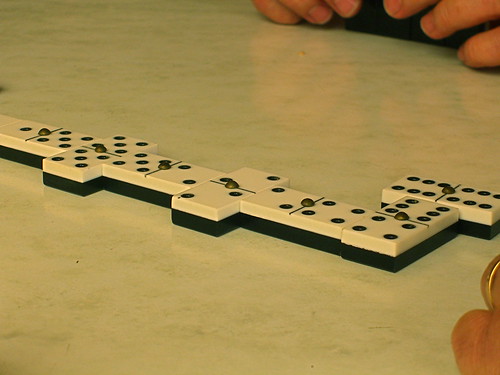 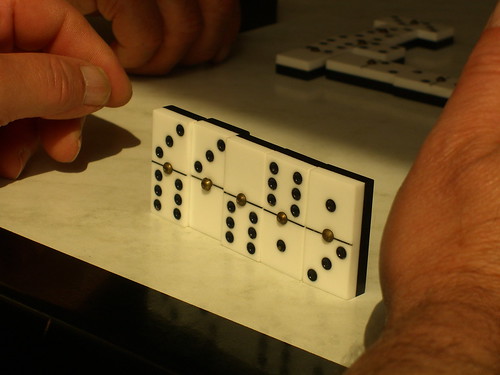 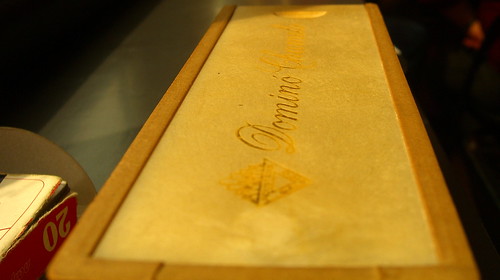 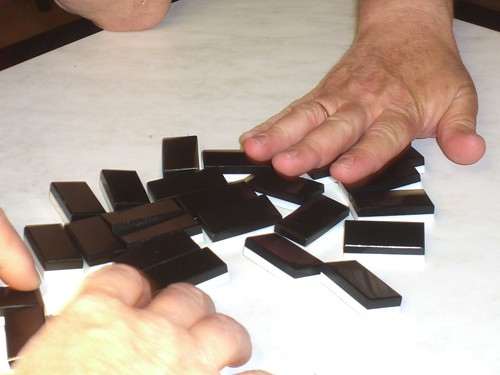 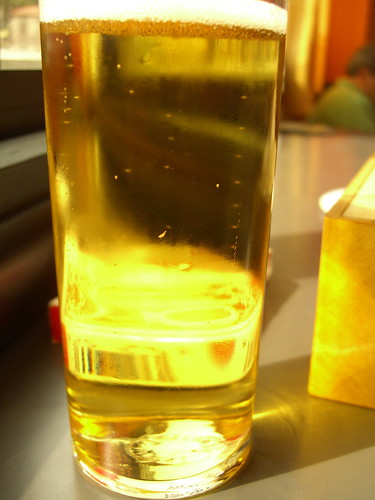 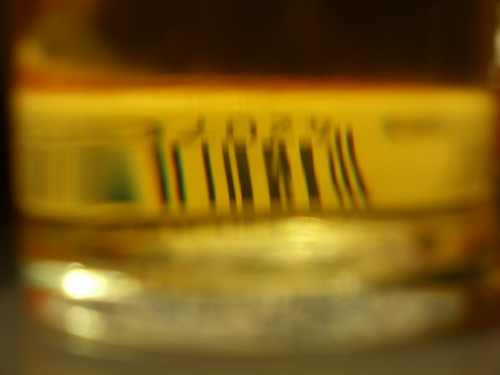 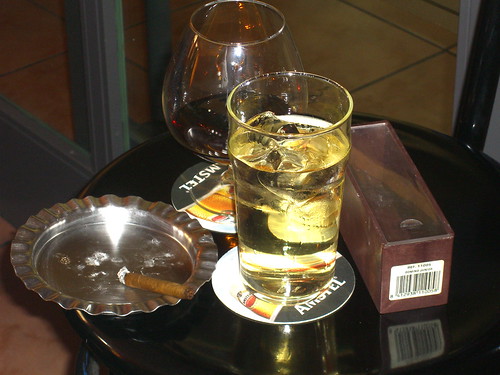 Later, we went out onto the terrace on the roof and basked in the May heat. 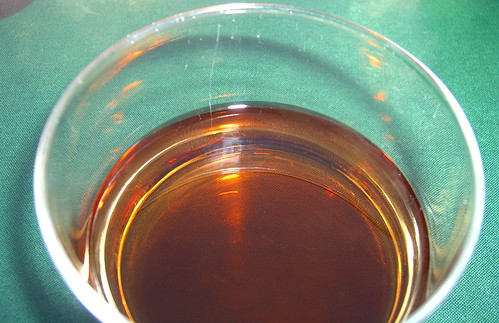 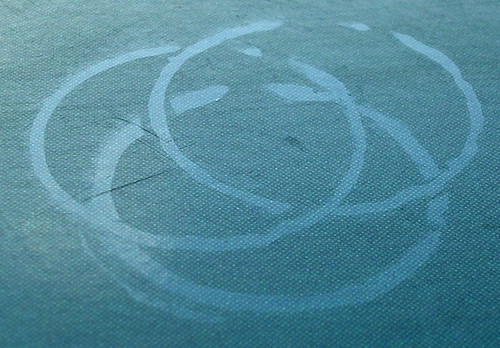 Three rings my glass made on the table between sips.