Last Saturday, the weather was great. Sunny and warm. So we decided that, on Sunday, we'd get up early, like 10:00 AM (this is Spain), and drive to some nearby village to take a walk and investigate the town and surrounding area. But by the time Sunday morning rolled around, we hadn't picked a destination, or even a direction. Marga went about solving the problem with a low tech solution, getting our map from the car and looking for some place that was printed in a slightly bolder font than the rest, thus indicating being larger or more interesting. But we quickly realized that some tiny, tiny boring towns that we did know about were printed in huge bold font, so that idea had to be scrapped. Meanwhile, I went high tech...opening Google Earth. In Google Earth, I could easily look around the surrounding area and see photos that various internet people had taken at different locations. The winning photo was this one of a nearby lighthouse. 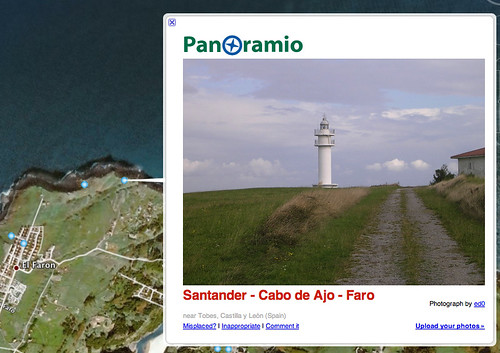 On the way there, we stopped at the town of Ajo, a word which literally means garlic, and took a walk around the ancient section of town, investigating the centuries-old stone farm houses. 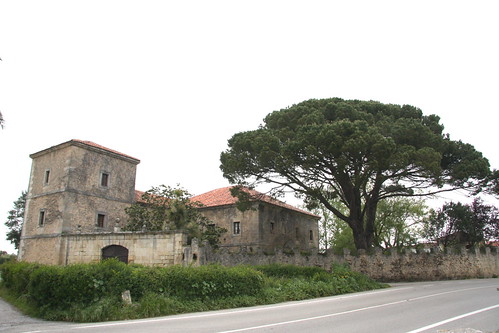 This old house, and the tree that accompanies it, have been there for a long time. 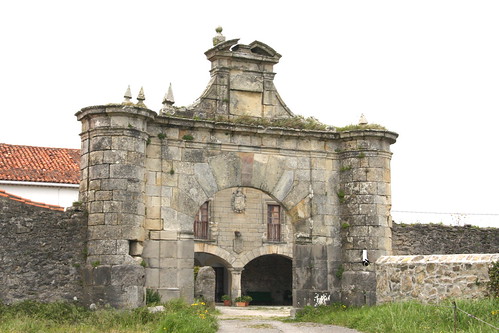 Can you imagine driving through this arch every time you arrive home from the supermarket? 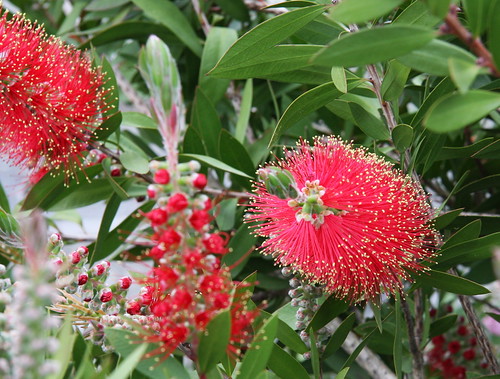 These flowers were pretty amazing. They remind me of those little plastic fiber optic strands where the light comes out the end. 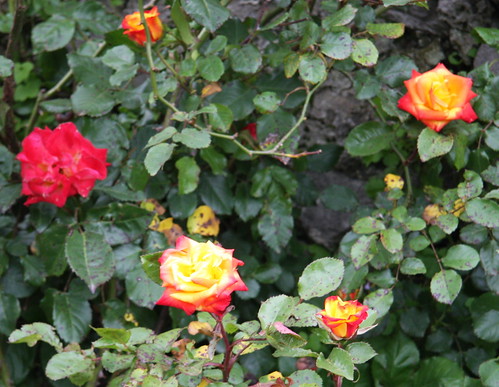 These roses can't decide whether to be yellow or red. 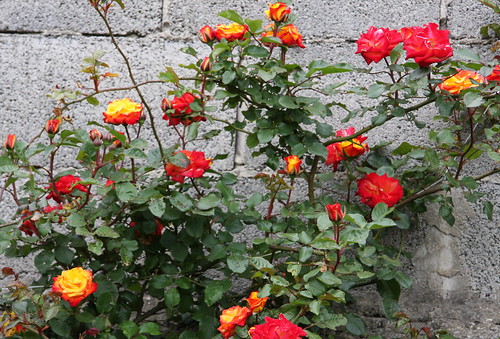 Eventually we arrived to the end of the peninsula where the lighthouse was. Unfortunately a big fence kept us several hundred meters away from the lighthouse, so I didn't even take a picture of it. But we did find a way to walk a bit near the coast. 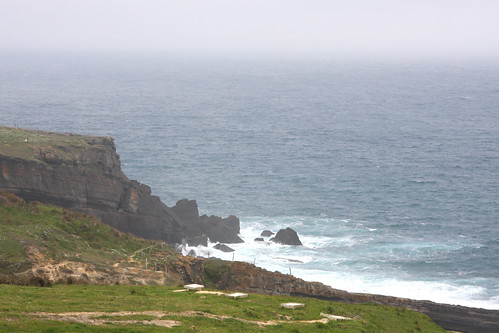 There was a man with two dogs. We passed through a gate with "no dogs beyond this point" to get to where they were. One of the dogs came up to greet me in a friendly way. When I got out my camera, the dog came back to investigate what I had. The man shouted, "MARGA!! Get over here!" My wife, Marga, was suitably shocked. But my new four-legged friend, Marga, understood perfectly and ran over to her master. My wife said, "That dog really likes you," to which I responded, "Yes, all Margas do."

In all the excitement, I didn't even get a photo of the dogs. Oh well. As you can see, the weather on Sunday was not as cheerful as it had been on Saturday, so we headed home early. I had wanted to spend the whole day out in some small town, but we decided against it.