A few Christmases ago, my parents gave me a Crookes radiometer. Although I did not know the official name of the device, I had first learned about them watching Mr. Wizard, and had later seen some in science classrooms during my jaunt through the public school system. The explanation I was always given of how it worked was Crookes' original "light pressure" theory that was disproved back in 1876. Go public schools!

From what I can tell from the Wikipedia article, it sounds like the best explanation we have for why a Crookes radiometer spins is a combination of two theories put forth by Osborne Reynolds and some unknown guy named Einstein. They are both sound theories given what we know about radiation and fluid dynamics, but they, due to the nature of the object they describe, haven't been (and can't be) tested experimentally. Unfortunately, our house completely lacks any form of window sill, so the radiometer has to live on a glass table that only gets direct sunlight for a few hours each morning. Yesterday I noticed how cool the shadow cast on the wall was. Any object placed on the glass table will have a double shadow cast up onto the wall, but the radiometer's shadow looks particularly cool with its long spindly wine-glass neck. Not to mention that a Crookes radiometer's shadow is, almost by definition, always moving.

So I took some photos and, because the subject is better with movement, whipped up a kooky little video. 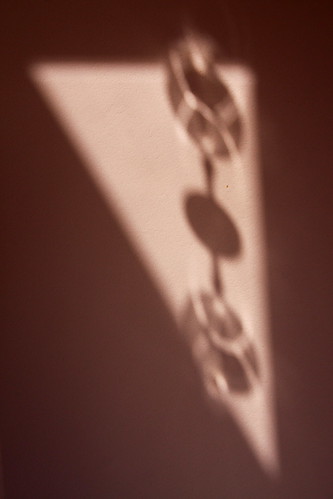 The double shadow on the wall. 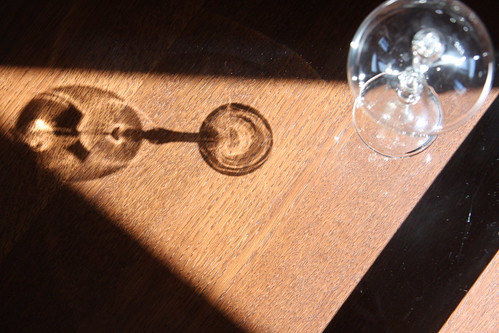 The shadow on the shelf under the table. See the frowny face? 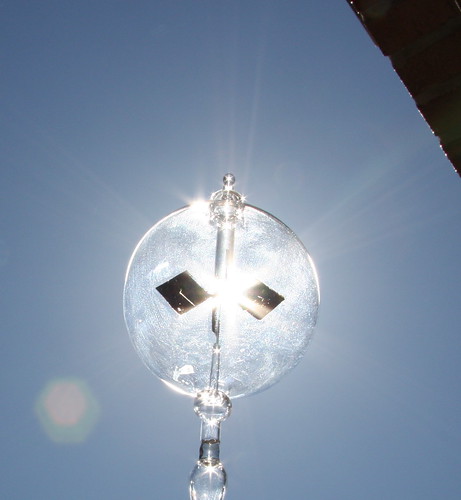 Held up to the sun with flare.