Last Thursday was a pretty sunny day. But, within an hour of shooting this video, as the sun went down, it began to rain. When I went to the window to see the storm, I saw another Alexander's Band, just like two years ago. With the setting sun low in the sky behind us, the rainbow was one of the brightest and clearest I've ever seen. As Wikipedia says, to photograph the full arc of a rainbow, you'd have to have a wide-angle lens capable of capturing an angle of 84Âº. So I had to do some photo stitching to make a panorama, which didn't really turn out that great. But the actual phenomenon was magnificent. 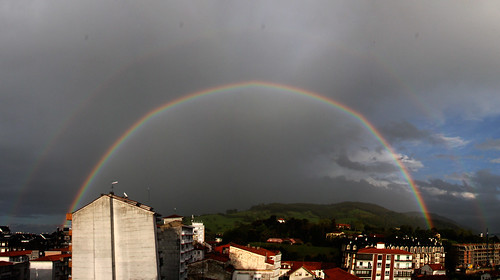 It's a shame that the stitching broke the smooth arc. 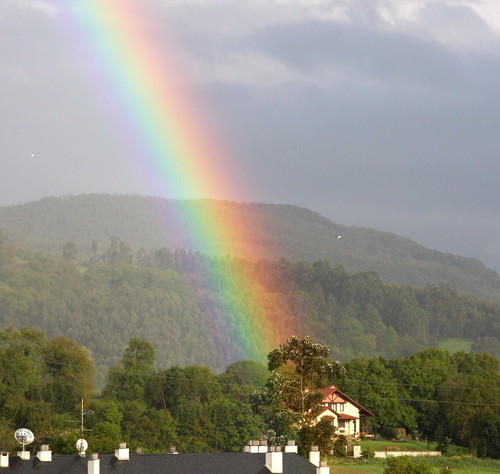 I knew there was a leprechaun in town! And now I know where he lives.

I love the two birds flying in the last photo.