For the past month, I've started a new hobby. I used to think that people that kept little model trains and spent their time making miniature dioramas were a little crazy. But I've recently changed my opinion. I had the idea that it would be cool to create little miniature models of some of the places I've been and photographed. So I went down to the local crafts store, and purchased little trees and little people figurines, and have been spending my nights in my office making these little miniature models of my photos, and photographing them. This might seem like a waste of time to you, but it's truly fascinating to me. After a full month of getting only 4 hours of sleep every night, spending every waking moment, and roughly a month's salary on this project, I finally have some results to show you. I hope you like them. 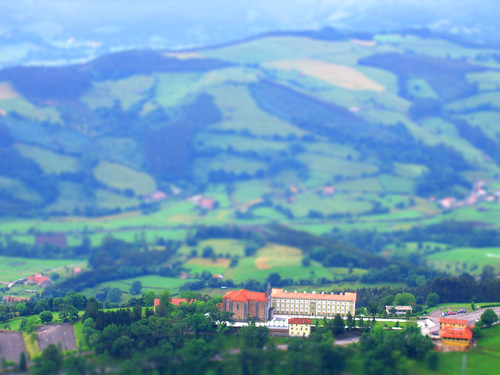 This is a model of the Bien Aparecida church a few kilometers from my house. 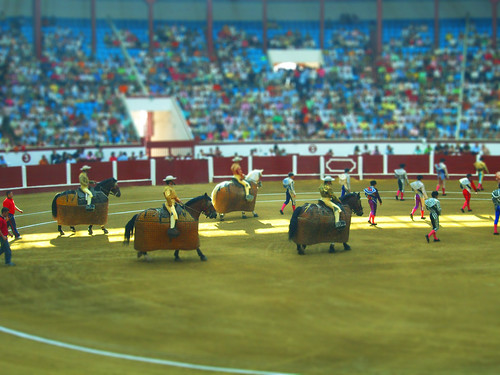 This is a model of the León bullring. It was hard to get the lighting right on this one. The little bullfighting horse models were easy to find in Spain, though. 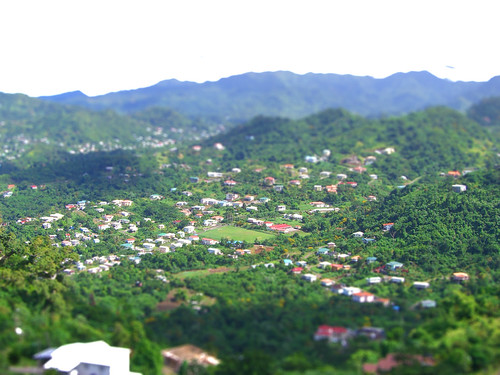 Some houses in Grenada. This was the easiest one to make. 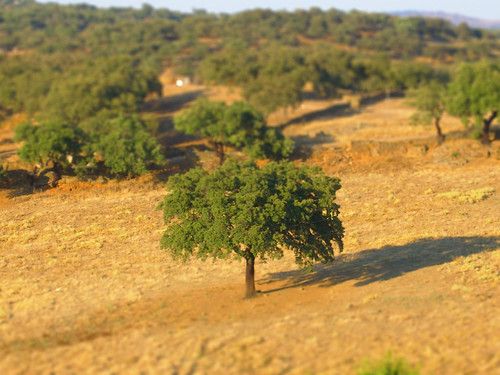 A tree in Extremadura, Spain. I couldn't quite get the tree right, but I'm pretty satisfied with it. 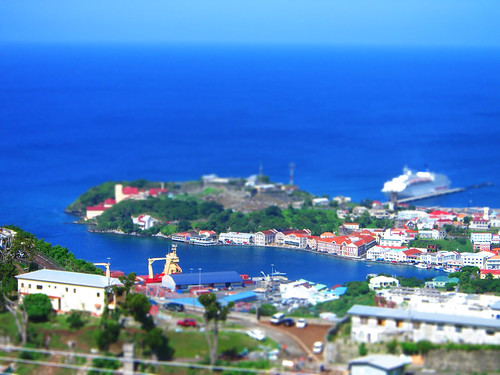 This is a replica of Grenada, where our honeymoon cruise ship stopped.

Okay, how many of you fell for that hobbyist modeling farce? None of the content of this post above this point is true. Each of those images took me less than five minutes in Photoshop. I recently became aware of a type of photography called tilt-shift photography, which is a method of shifting the lens of the camera from the body slightly. This is, of course, extremely difficult. Luckily, there's also a method of tilt-shift miniature faking, which can be done very simply with a photo editing program, such as Photoshop. There are many tutorials out there, but I mainly followed this one.

Almost more fascinating to me than the methodology and optical illusion about tilt-shift faking is understanding why our brains see these images as miniature models. From what I can tell, it's based on the fact that close-up photos of small objects tend to have a very small depth of field. But I don't think it's solely based on our perceptions of how photos normally are. I think that our eyes, when viewing something miniature, also create a depth of field effect where only a small portion of the field of view is in focus. Whether I'm right or not, it's a pretty cool phenomenon and I will definitely be playing more with it in the future. Now that I know what kind of photographs lend themselves to this effect (mainly shots from above), I will be mindful of opportunities to take such photographs.

There are plenty more examples of this effect on Flickr. Now that you know how it's done, you can look at any of these images and see a horizontal band of the photo in focus and the rest blurred. That's all there really is to it.

I still think that miniature hobbyists have a screw loose. If that's you, feel free to berate me in the comments.