I had forgotten this little set of photos from my February trip stateside. One of the participants (the 2008 champion, in fact) of our little golf outing brought a little "dice" game to the party. He pulled out this little black case and proceeded to extract two tiny rubber pigs and set them on the table. Now, Dennis is a pretty charismatic and eccentric fellow, so we weren't really sure what to think. He began explaining the rules... We took turns "rolling the pigs", and depending on how they came to rest, there were various point values. If a pig was on his side, you got zero points. If both pigs were on their sides (and were facing in opposite directions!), this was called a "Pig Out" and you lost your turn, lost all your points for that turn, and handed the "dice" to the next player. As long as you had points on your roll, you kept rolling and accumulating points. So once you had points, you had to decide whether to pass to the next player and keep your points for that turn or gamble on not rolling a Pig Out.

He further explained that the various ways that the pigs could be on a flat surface had names. If it was standing on all four legs, that was a Trotter. On its back was a Razorback. Resting between its front legs and snout is a Snouter. Etc, etc, etc.

About this time we were thinking that Dennis had completely lost his mind and was making this stuff up, but he seemed to know enough to score our various rolls, so we played a game. Or at least for about 15 minutes before we lost interest.

So, imagine my surprise to find a Wikipedia explaining all the rules to this game. Apparently it's a Milton Bradley game called Pass The Pigs, which is a commercial version of a much older game, called Pig. Who knew!? 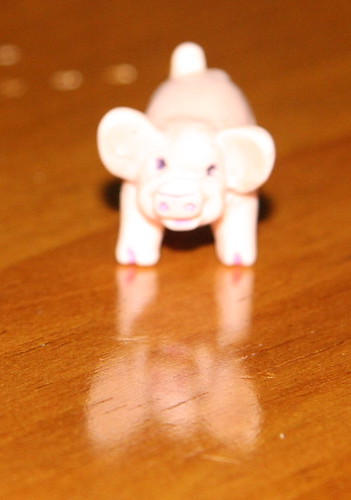 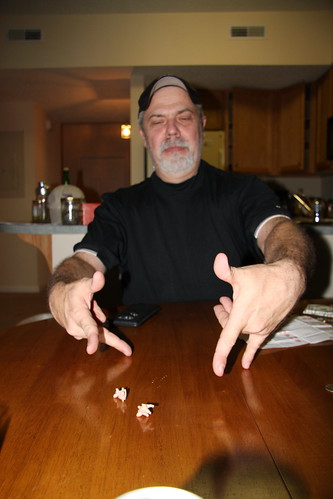 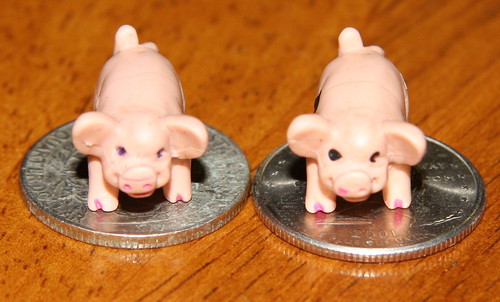 For scale. Those are US quarters. 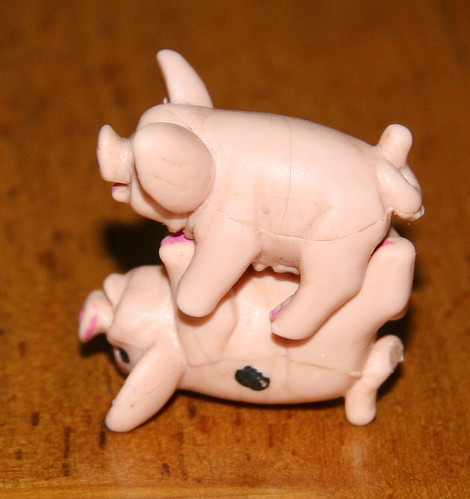 Missionary Pigs. The inevitable formation that anyone over the age of 12 would put these pigs in, even without all the testosterone fumes and alcohol that were present at the time. 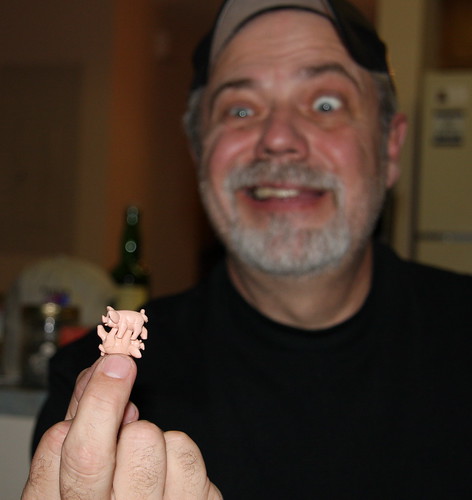 Piggy 69, and a terrifying Dennis. Wait... it gets worse: 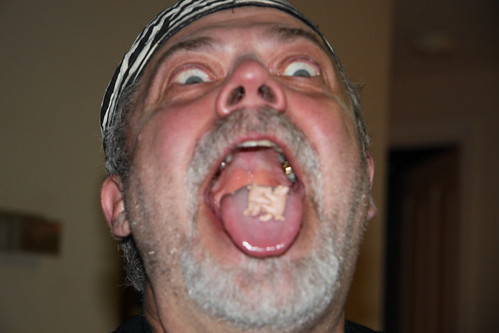 I'm pretty sure there was some documentation that came with the game warning against this kind of behavior. Better put these little pigs away before someone gets hurt. 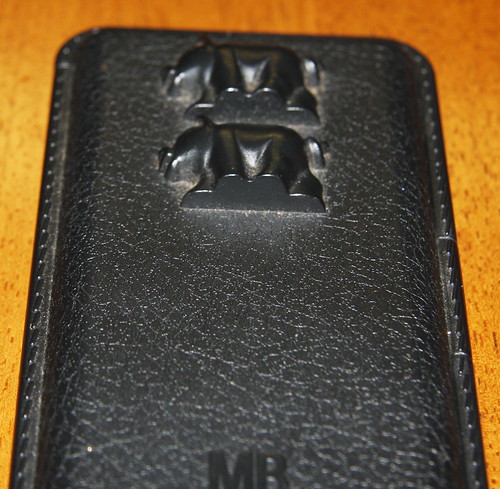 This is the little case they fit in. It reminds me of Hans Solo in the Carbonite...if he were two pigs.

So there you have it. That's what Pass The Pigs is all about.