On Friday, I went with Marga to her dentist appointment in Vitoria. It's about 80 minutes away, but the orthodontist there has a great reputation and did a pretty darn good job with Marga's teeth. From the looks of it, they are making money hand over fist. Every time we go, they have some new gadget that makes their offices more futuristic. Now, you don't even go to reception, you check in yourself with a touch screen. Fancy!

On the brisk walk from where we parked to the dentist office, we passed by the cathedral. I'd walked by it before, but on Friday it was absolutely breathtaking shimmering in the setting sun. The photos I took were taken as we walked by, with just a brief pause to frame each shot. Every single gargoyle made me long for a telephoto lens and more time. They are absolutely amazing. The Vitoria cathedral has gotten quite a bit of publicity lately as the inspiration for Ken Follet's most recent novel, A World Without End. To my surprise, there's even a website, called kenfollettvitoria.com, dedicated to this relationship. Check out the videos in the downloads section. His attempt at saying thank you in Spanish for a statue in his honor is pretty funny. The Spanish release of A World Without End this past January was the largest single day sales of any book in Spain ever, even bigger than those books about that Jerry Potter kid. 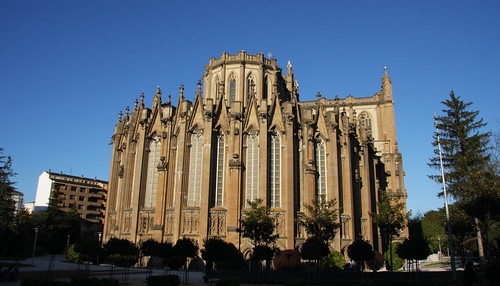 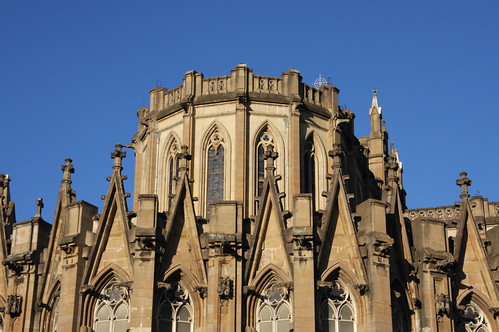 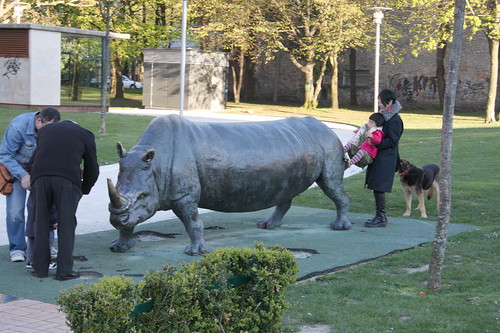 There was this bizarre rhino-wiener-ceros. From what I could tell, it had just given birth to this little rainbow-legged creature. 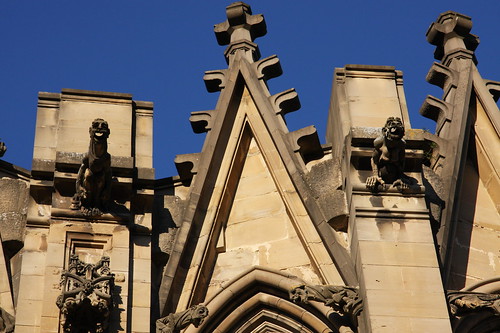 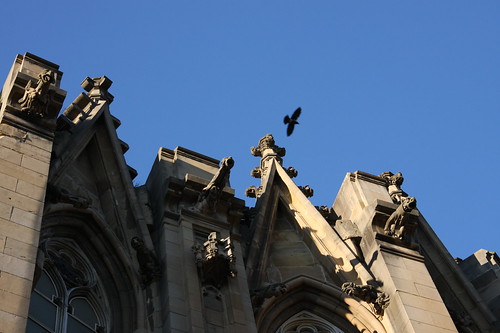 The circling birds didn't remedy the creepiness, in case you were wondering. 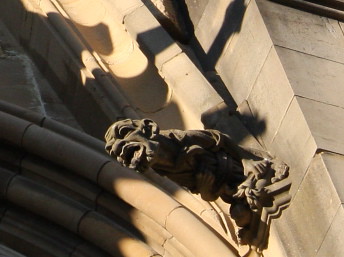 Cropped from the last photo. Awesome. 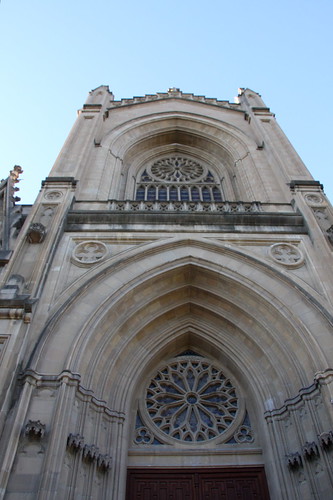 The front entrance was completely on the shadowed side of the cathedral. 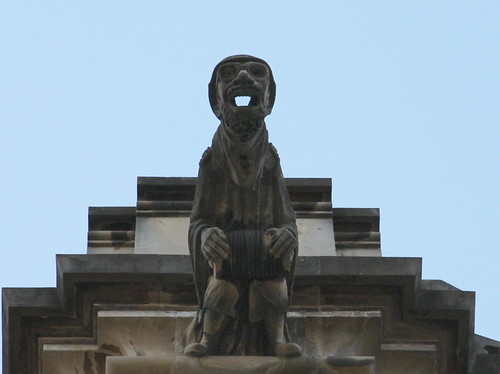 This thing reminds me of that guy in that Pixar short, but now that I've looked it up, there's really not any resemblance.

While Marga was in the dentist, I took a short walk and took the following two photos. 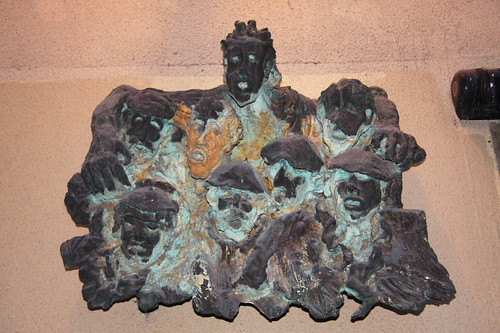 Tortured Basque Souls. I'm sure that this sculpture was originally designed to be very patriotic and a symbol of Basque unity, but...god, how awful! It's a good thing there's a support group for this kind of stuff. 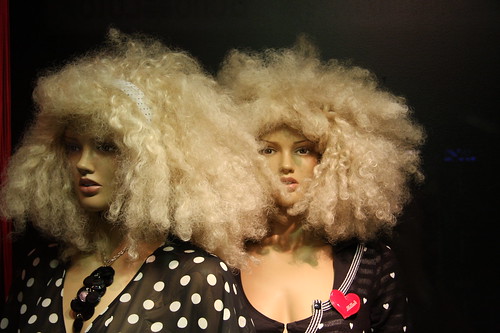 The cute blond twins caught my eye, as they were designed to do. What decade do we live in, again? I really hope Big Hair isn't making a comeback.