For a brief window in the afternoon last Sunday, the sky opened up and revealed a lovely blue color between the towering cumulonimbi before quickly going back to the London mist we were smothered in for all of March. That reminds me, I had a great conversation with a neighbor on the ride up in the elevator yesterday.

Neighbor: Man, it's raining hard! It doesn't stop! Me: Yeah, for all of March. Neighbor: Yep, everything's dead. Me: No, March. It's been... Neighbor [shaking head]: Not a soul on the street... [door opens at her floor] Me: See you later.

Surreal. I'm reasonably sure that my pronunciation wasn't entirely at fault. 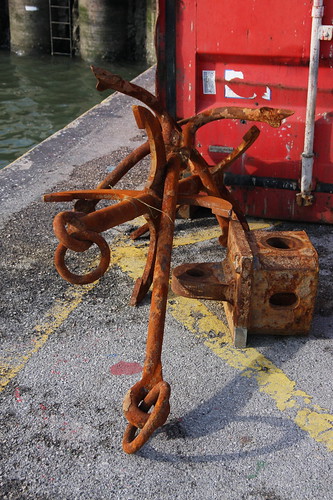 An old rusty anchor down by the docks. 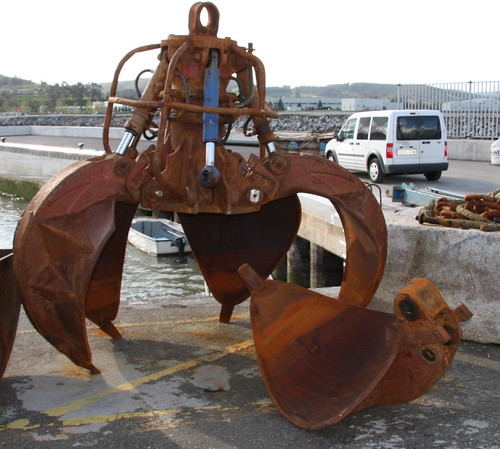 Magicians aren't supposed to reveal tricks, but this is how I escaped from The Claw the other day. 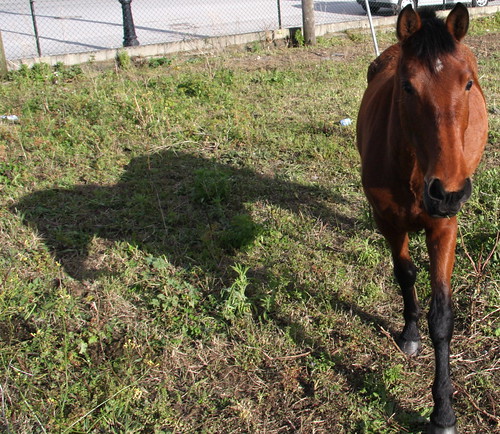 This horse normally lives in this corner lot, but I hadn't seen him in a year. But this Sunday, he was grazing peacefully when I went up to the fence to take his picture in the low afternoon sun. He immediately came over to investigate. 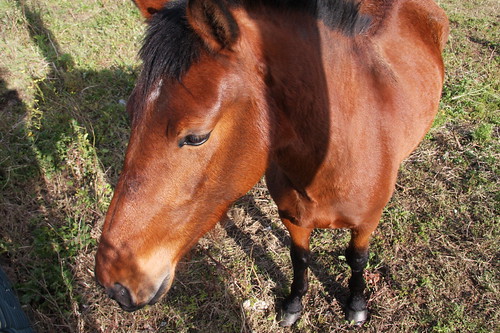 Is the title of the post starting to make sense now? 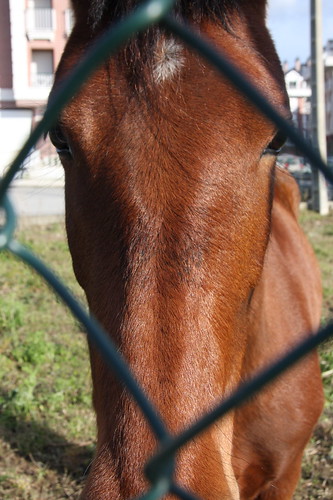 Finally he realized that I didn't have any treats and his interest waned. It was time for us to continue walking anyway.

This is as far as I could carry the "rust" theme, I'm afraid.

This faded BMW logo caught my eye so I had to go photograph it. I'm very pleased with this photo. See the lamp post reflected in the chrome bumper? Well here it is... 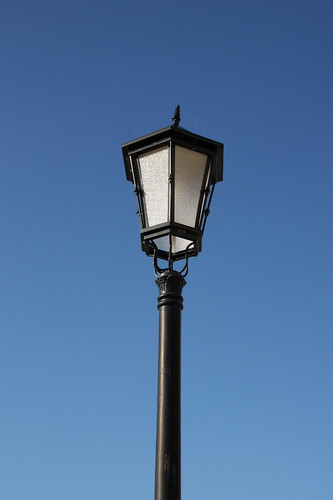 Marga took this photo. As I was taking the previous masterpiece, she said, "Whoa! Why don't you take a picture of that lamp post with the blue sky!" There was a definite subtext in her statement of "Stop photographing everything and let's walk!", but I think she partially meant it literally, too, so I gave her the camera and suggested she take it. 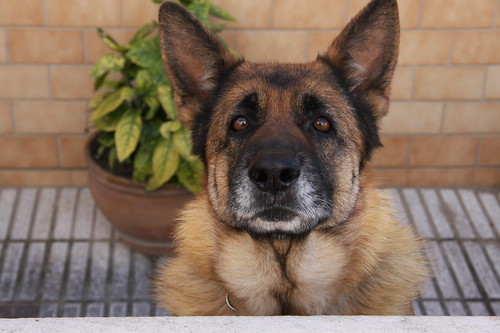 Then, out of nowhere, this german shepherd ran up and started barking at us from the other side of a wall he could have easily of leapt over. I'd always noticed the "Beware of the dog!" sign at that house, but never seen the canine. He was really ferocious and terrifying, but I mustered the courage to put the camera in his face, and he turned all cute and adorable for a split second while the shutter was open. Jerk.

That's all for now.