Walking around town the other day, I snapped two photos that screamed out at me to be played with in Photoshop. The first were some bright orange flowers that were a little beaten up by the recent heavy rains, but still standing proud, reflecting orange light. The second is a bicycle that an old man rides into a central location to go bar hopping. He parks it in the same place almost every day. 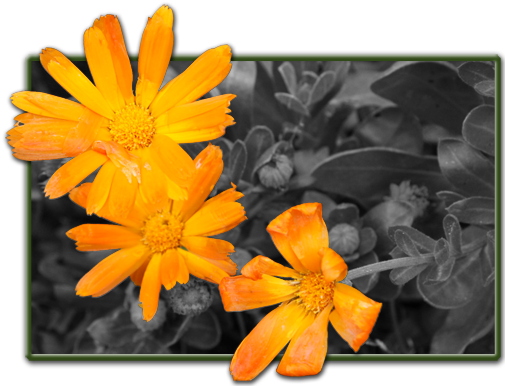 Reminiscent of my two previous frame-breaking posts. No, this transparency won't look right in IE6. Click on the image to see it on a white background. The original photo is here. 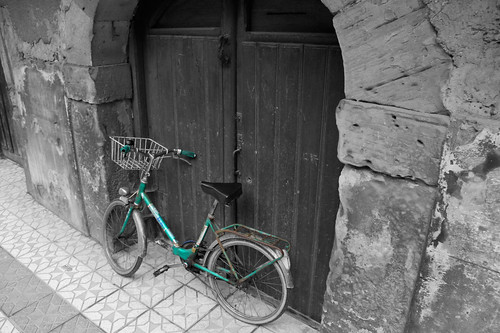 The scene was pretty gray as it was already, but I thought I'd pull out the bike's color, albeit faded from its many years.