My absentee ballot for the May 6, 2008, North Carolina Democratic Primary arrived finally. Like a good voter, I spent a couple hours putting each candidate's name into Google and learning about their opinions on various issues. Some of them, like the humorously named Duskin Lassiter, lost my vote for simple reasons of web site design. And then there were those candidates that couldn't even afford their own domain name, like Howard Staley, whose page is hosted on a website that advertises "Have A Website in 5 Minutes!" By far the most professional website by a non-presidential candidate was that of Kay Hagan, a woman running for Elizabeth Dole's Senate seat. Since this was a Democratic Primary ballot, all the candidates were from the same party, which means that their positions were all but indistinguishable on most issues. Obviously everyone should vote based on issues, but if that's not good enough, then other criteria need to be employed. Whenever my decision came down to two people, fifty-fifty, I used the following decision-making strategy, where applicable: 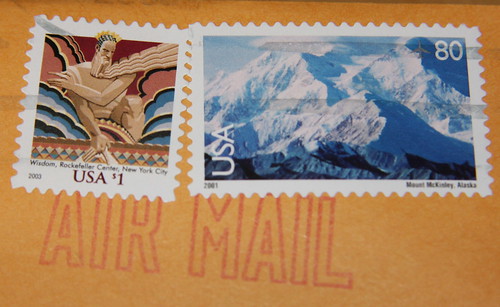 Apparently it cost the North Carolina taxpayers $1.80 to send me the ballot. What is that, like one euro now? 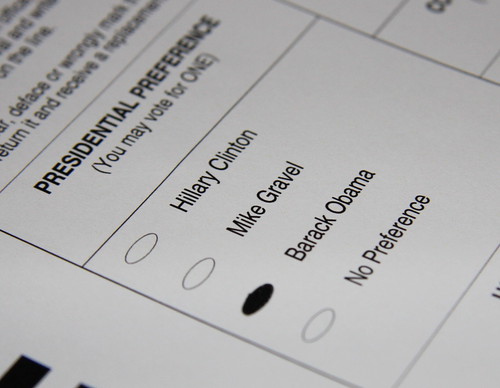 My vote for the Democratic nominee for the Presidential Elections of 2008.

To anyone in the Obama campaign offices, I've got a suggestion for a great chant that can be used at rallies:

I hereby submit this chant into the public domain. It can be used without my explicit consent.

For some reason my blog has a Voting category. It must be because this was my second or third post. Anyway, this post fits perfectly in that category, don't you think?