There's this little walled off area near my neighborhood where, occasionally, a pair of ponies can be seen. I'm not sure why their master puts them there. There's almost no grass, and a lot of litter, tossed casually over the wall by passersby on the sidewalk. With their stubby little legs, big round bodies, and obvious boredom, they look so forelock forlorn that I cannot resist giving them a little scratch on the muzzle. Yesterday, I spotted them as I drove home from the grocery store and walked over to see them. 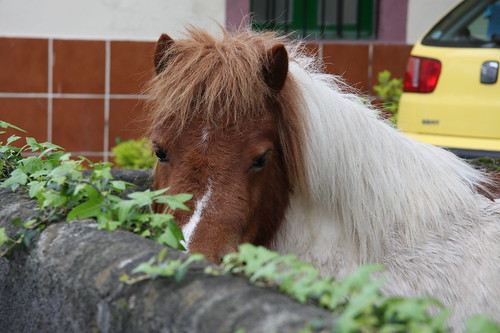 Looking bashfully over the wall. In a twist of heart-wrenching fate, the wall that holds them captive could be jumped over by almost any other animal...except them. 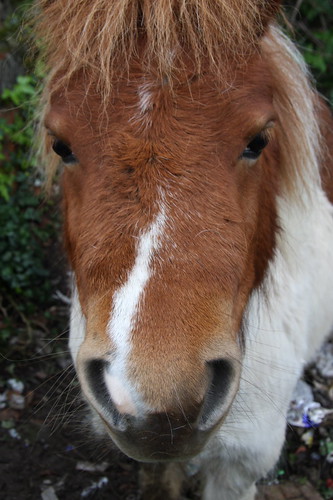 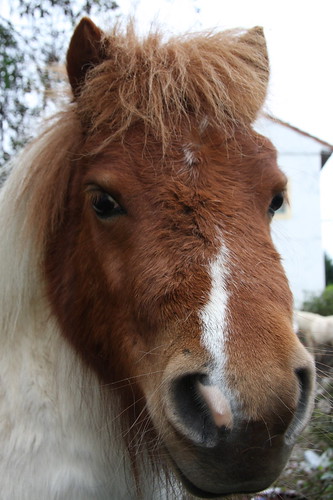 Down at his level. You can see his white companion in the background. 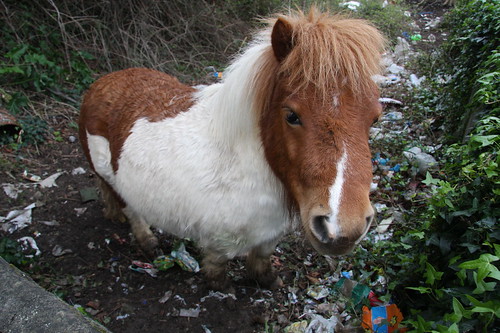 The wide angle lens can be cruel sometimes. But really, it's like he's got a beach ball body and Dixie cup legs. 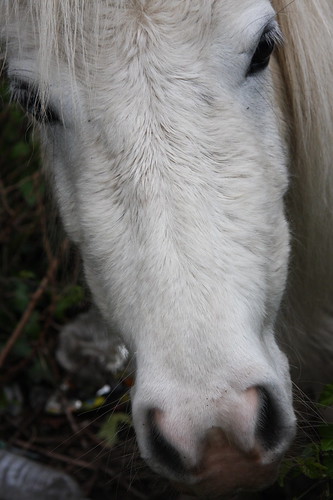 His friend, Whitey, isn't nearly as friendly/lonely/tolerant, so I didn't spend as much time with him.

And those are the ponies of the neighborhood. Get it? NEIGH-borhood? Nyuk nyuk.