The photographer that we paid to photograph our wedding drove 90 minutes from Mondragon to Colindres this morning to drop off our wedding albums and pick up a big wad of cash. His bank account must be feeling a little shallow as we approach the end of the wedding off season. We are very pleased with how the album turned out. There's one huge one for us, and two half-sized versions for our parents. 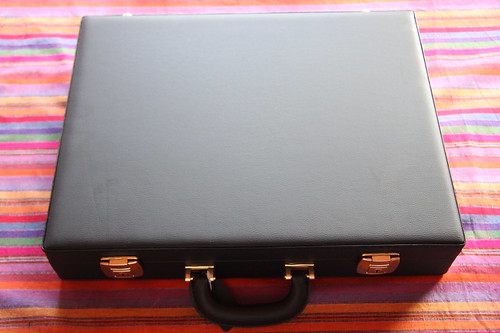 The main album came with this awesome case that is going to play a huge role in preserving the album for the rest of our lives. It makes me think of some clandestine mafia arms deal. Yes, I watch too much television. 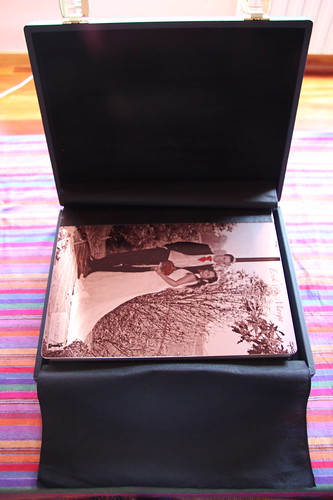 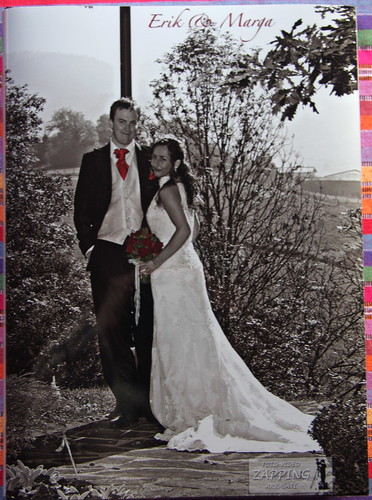 The album cover is brushed metal, about 5 mm thick, and really heavy. The album is full of Photoshop trickery like this, making a photo black and white except for one color. 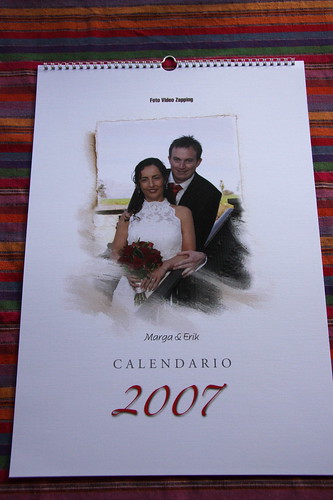 As a special bonus gift, they gave us this calendar made with our wedding pictures.

Is there anything as useless as last year's calendar? I don't think so. What were they thinking?? He suggested we could cut out the pictures and do something with them. Hmm...

They also gave me a CD with 500 MB of JPEGs on it. I was hoping for, and expecting, the highest resolution originals, but I suppose they want to keep them to make us buy prints through them. Slightly annoying.

I have chosen 172 of the best pictures that I want to share, and archive safely, on Flickr. Tomorrow, I will upload them and post a slideshow here.