I was in the post office today, and I couldn't contain a chuckle at this public service announcement pamphlet. Weighing the discomfort of taking a photograph in the post office and looking like I needed help with drugs, I went with the latter and took one of them to photograph, even though the display stand they were in was much more ridiculous than the individual covers. It took me a few seconds to figure out what the heck the pamphlet was about, because all I could see was "Dr. Gas". I thought, "Who is Dr. Gas, and what could his pamphlet be about?" 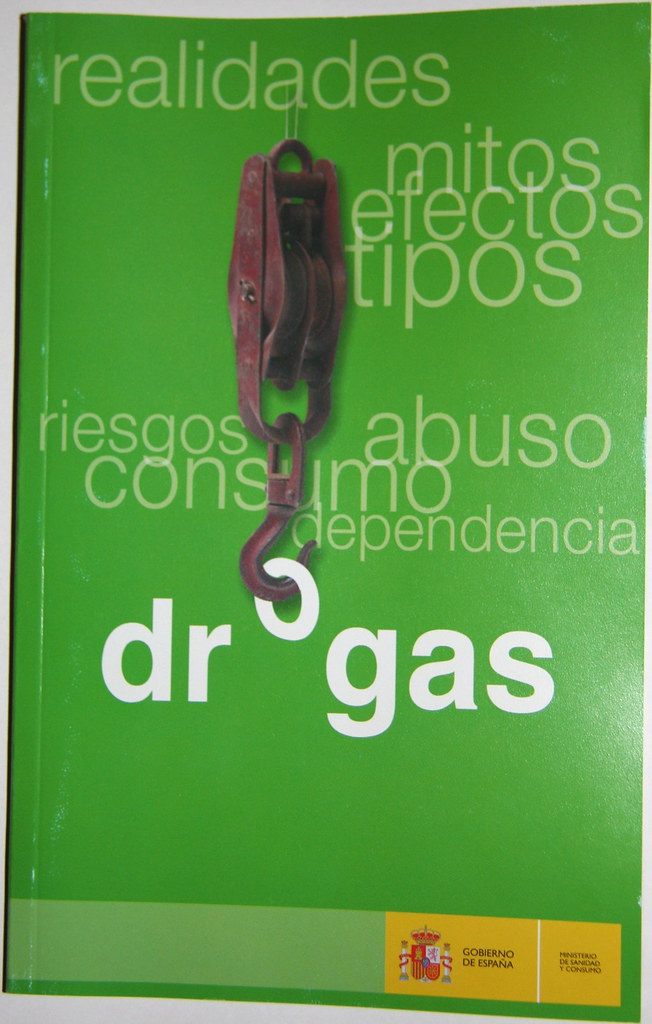 It was only on further inspection that I saw the O that the crane was taking away. Drogas is Spanish for drugs, and the pamphlet is about drugs and, presumably, how to find avoid them and help people you know that have problems with them. Click on the image for Flickr notes translating the other words, although most have obvious English equivalents.

A crane pulling away the middle letter of the word? Is that really the best they could come up with?

These are the kinds of things that only foreigners notice as strange, I think.