I finally made it back from my annual pond hop. My single-serving friend on the flight from Charlotte to Frankfurt was a pretty interesting person. She was a tiny, 45-ish, Indonesian woman with a frustratingly huge amount of unused leg-room. Her husband is German, and they live together in Frankfurt, but her husband does most of his business work in Newark, New Jersey, which is where he was during our flight. Their children live in Indonesia. She was returning from Minnesota, where they have an apartment that they rent for most of the year, but she had just spent forty days there ice fishing on Lake Superior! Upon arriving in Frankfurt, she was going to spend only eight hours alone in their empty house (husband in New Jersey, remember) and then head to Indonesia to see the offspring. Pretty wild, huh?

On my flight from Frankfurt to Bilbao, LH4502, I blatantly ignored the "please turn off any electronic devices" and took some photos out the window. It took me a while to figure out how there was a strip in the middle of each photo that wasn't in focus. It must be the stream of hot air shooting out of the engine. Rather amazingly, I was able to find almost all my subjects in Google Maps after landing. 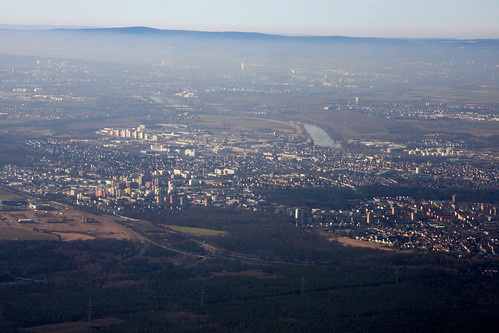 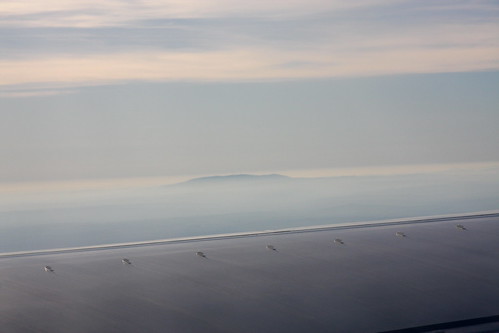 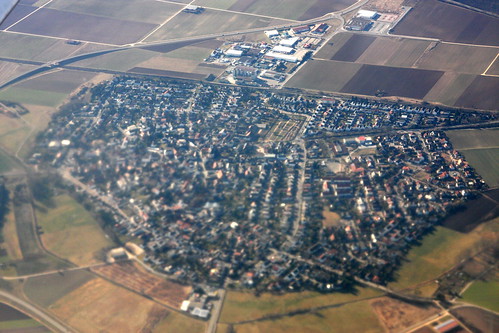 Wolfskehlen. I loved the dense little shape of this village, surrounded by farm land. I still can't believe that I actually found it in Google Maps. 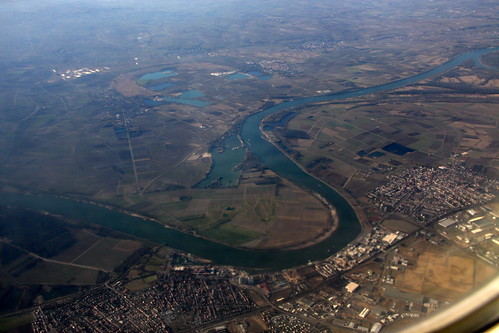 A windy part of the Rhine. The towns are Gernsheim and Biebesheim am Rhein. 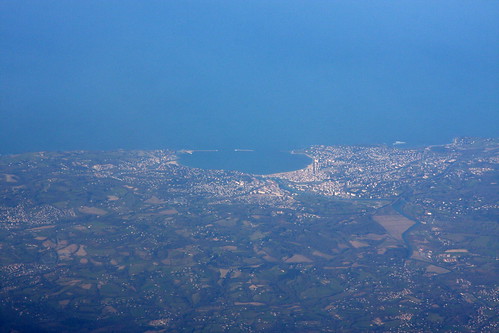 Saint Jean de Luz. I had no idea what this was when I photographed it, but it looked pretty cool. 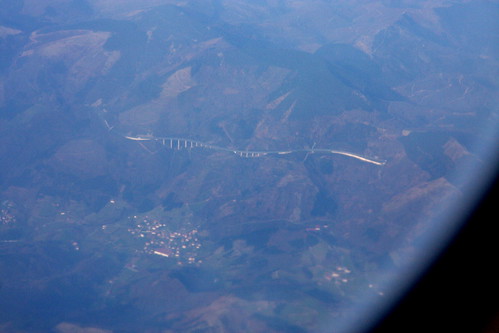 A raised bridge to ease travel through the mountainous Basque Country. 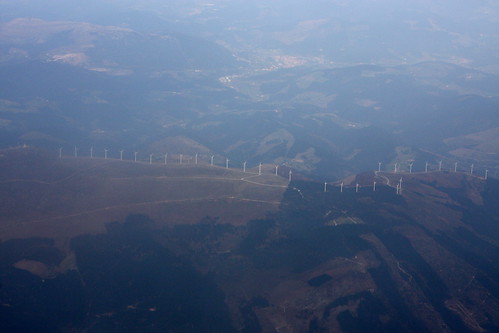 Windmills on a mountain ridge. 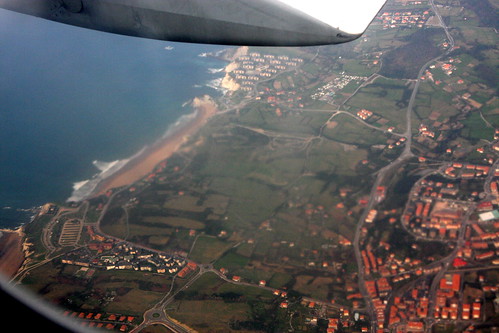 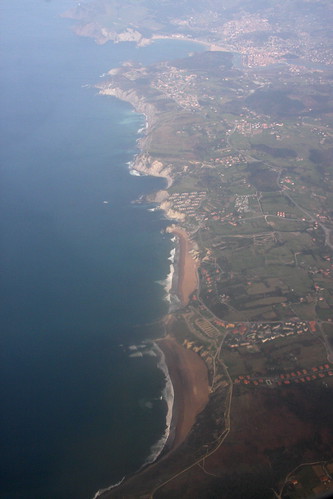 A cool shot along the coast near Sopelana. 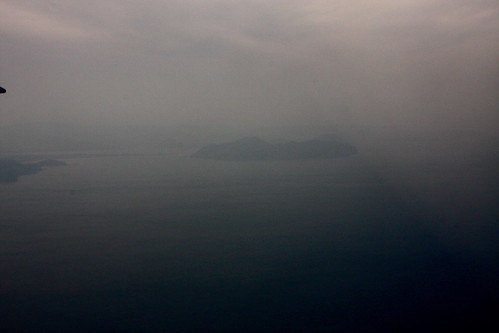 I'm pretty sure that this is a cloudy, sideways view of Mount Buciero (that mountain at the top of this blog) and the tip of Laredo. 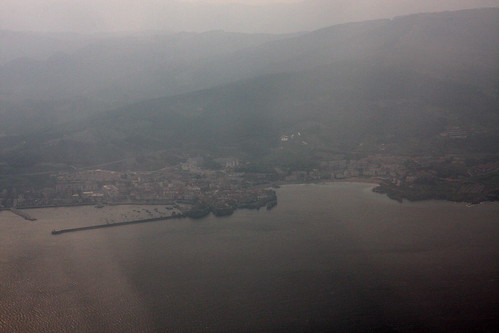 Castro Urdiales, a town we've visited once and pass a lot on the motorway.

And finally I arrived in Bilbao, with a rather windy landing. For the first time ever, my bags were the two of the first six on the conveyor belt. And there was my lovely wife, smiling at me when I walked outside, ready to take me home.