I'm working at the office this week, like I did last year. It's pretty weird. Here at the office, they have an incredibly creepy Headless Grinch in one of the back storage rooms. Apparently the folks in Whoville figured out how to build a guillotine. 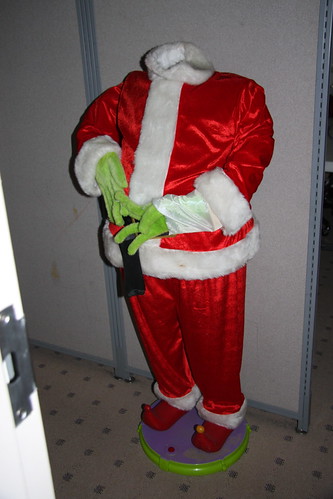 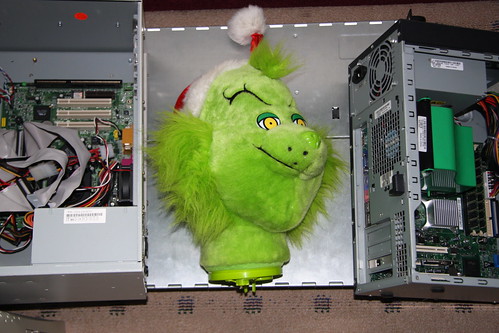 I found his head back between two computer corpses. 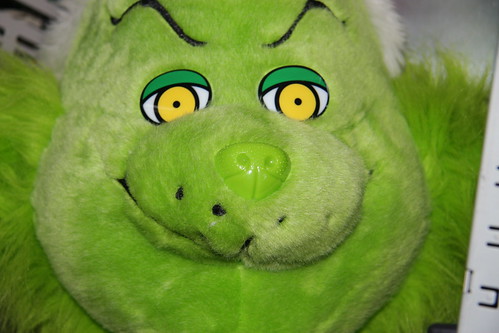 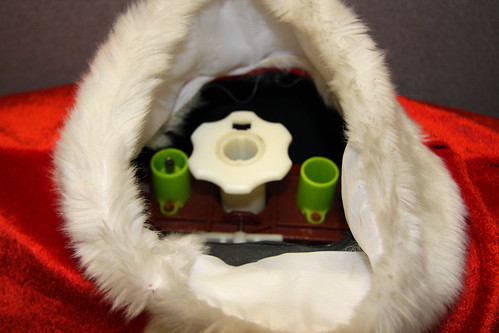 The little gears in his neck are pretty disturbing. I have to imagine that his eyes (or brows?) moved originally.