Welcome to another installment of "Erik can't think of what to blog about so he's photographing items on his desk, many of which he's not sure how they got there, but they sort of 'belong' now". In researching for this entry, I found this hilarious Wikipedia page about Buckler Beer. Buckler is a "non-alcoholic" beer that I've never seen outside of Spain, but apparently it's sold in other European countries as well. Frankly, I've never had the stuff because I prefer my lager como diós manda. The two golden anecdotes, all well referenced and apparently true, from the Wikipedia page are:

Anyway, back to the candle. 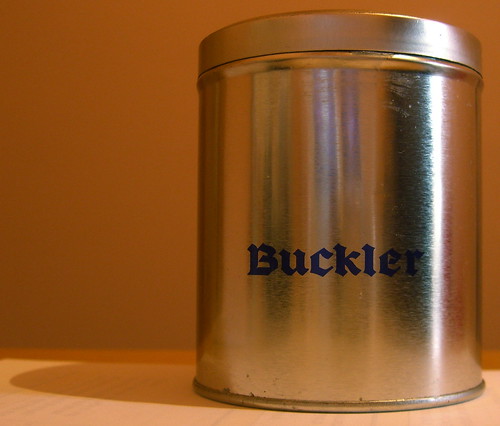 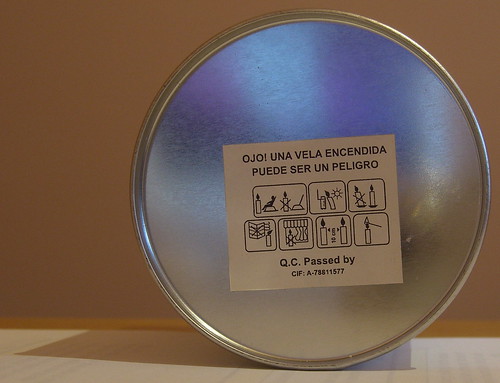 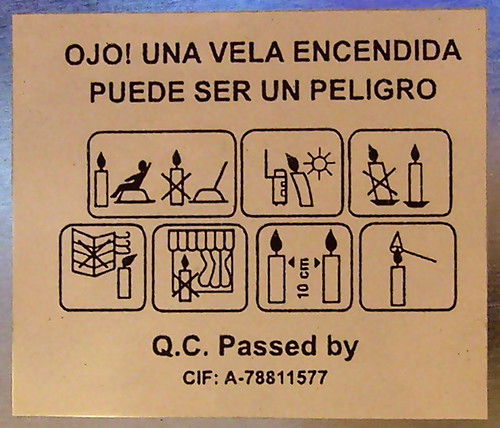 Let's work these from left-to-right, top-to-bottom. Or click the image to see notes on Flickr, if you prefer.

So there you have it, folks. I've managed to make fun of the entire nation of Holland, President Bush, and candle quality control agent A-78811577 all in one post.