After a year of digging and sucking, they've finally begun construction of a new apartment complex on a part of Colindres that is basically quicksand. Twice daily the tide comes in and the ground around the area gets saturated with water. The pipes they've buried underneath will have to be pumping pretty much around the clock, I think. I certainly wouldn't buy anything built on that land. 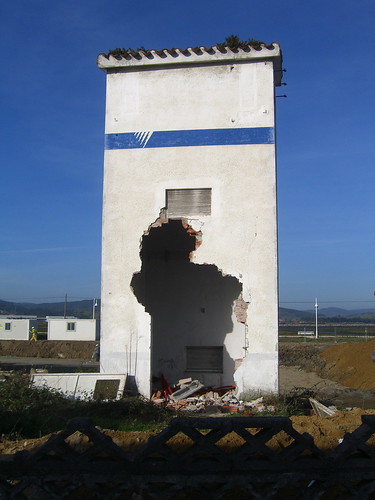 Don't you hate it when you build a nice tower like this and some orc comes and knocks a big hole in it?

And the photo below is what the quicksand no-man's-land meadow behind this tower looked like when I photographed it in April 2005. 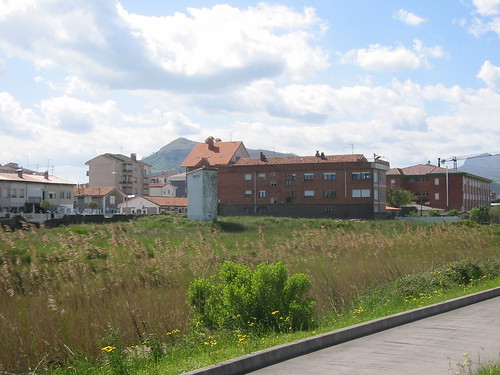 Looks nice, doesn't it? Just don't build on it!!

Here you can see where it sits in relation to the rí­a, the tidal river plain that floods twice a day.

And this other panorama was from the same day in 2005 from further down the coast, so I figured I'd include it here too.

Have a jolly weekend.