I enjoyed my walk so much on Saturday, I took Marga up there on Sunday. I also took my binoculars and had a look around. We had a good time, saw some goats and a kitten.

But before that, on Sunday morning, I took a different kind of mountain walk. I went and played golf again on the same nine holes with the same people as the previous week. Man, that's a tough course! Miss the green or fairway by just a little bit and you're in for several extra strokes. I had three bunkers that it took me more than one shot to get out of. With several double and triple bogeys, I felt like I played much worse than the previous week. And I did...until the last hole.

Last week, I shot a 49, 13 over par. This week, I was lying 45 on the 9th tee. What lay before me was a 500 meter, par five. A half kilometer! Perfect drive down the middle of the fairway. Perfect 3-wood down the middle of the fairway. 100 meters to go. Metric golf is strange. Perfect pitching wedge to within one meter of the flag. Tap in bird! 49 again. 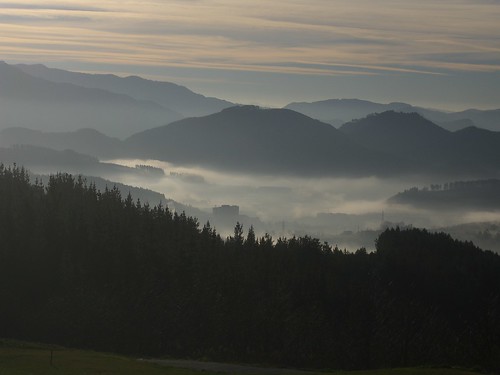 The views from this golf course are amazing.

Back up on the hill overlooking Colindres... 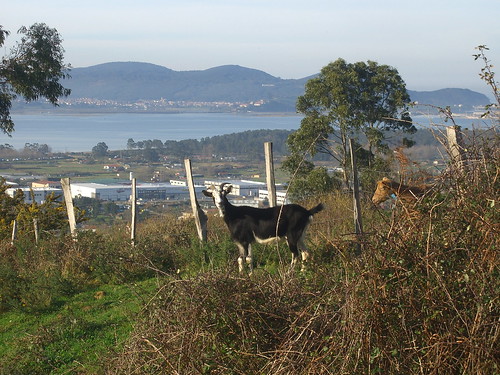 Goat with a nice view. 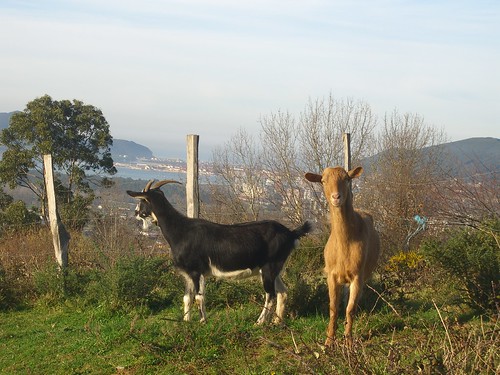 This guy was pretty curious. He even let me touch his face a little bit. 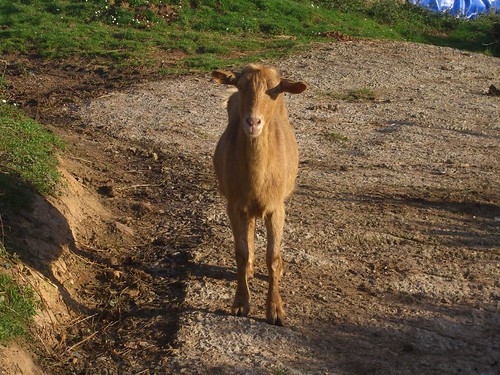 This one was curious, too, but more shy. 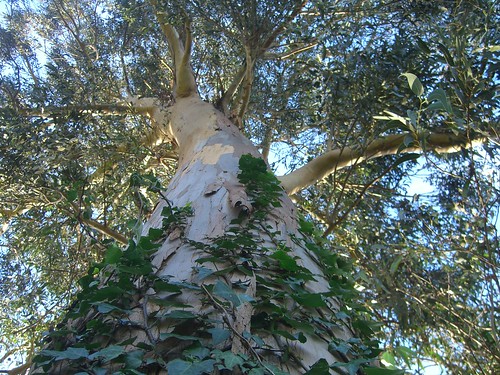 This tree was pretty awesome. 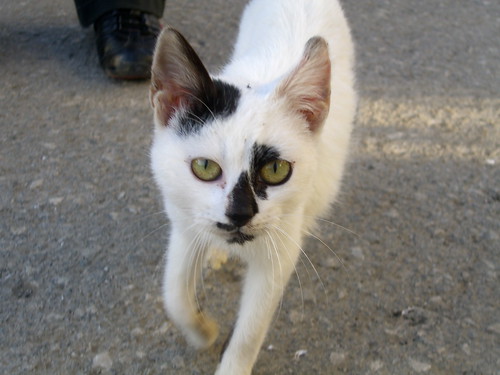 This little kitten came up to us later in the walk. I scratched it's head a little bit, which was clearly more human love than it had ever received, because it followed us for several hundred meters before stopping and crying for us to come back and give it more love. The facial markings are pretty odd.

And that's the end to the photos from this past weekend.