My friend Manolo invited me out to nine holes this morning at a course near the Bilbao airport called Artxanda. The long, hilly course was a completely different game than I played the other day in Santander. Artxanda is very difficult both to play and walk. I hit several shots while I was out of breath from a steep 15 meter climb up to my ball. I don't know how they did it, but I swear that every approach shot was uphill. I had two pars, three bogeys, two double bogeys, and two triple bogeys, for a grand total of +13, 49. Oh, did I mention that the wind was blowing such that we could barely stand up? When you took your putter back along the line of the putt, it blew to the side. The conditions were crazy hard, so I felt pretty good about my score. 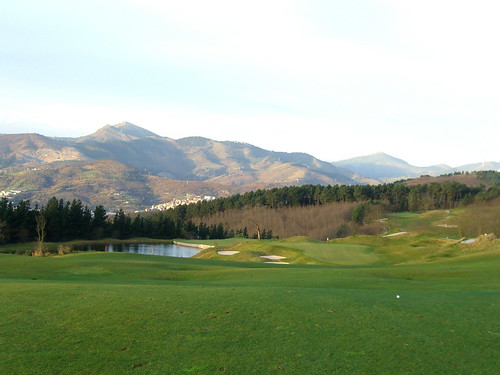 The views were gorgeous. The sunrise on the drive east to Bilbao was a breathtaking mural of yellow, pink, and crimson. 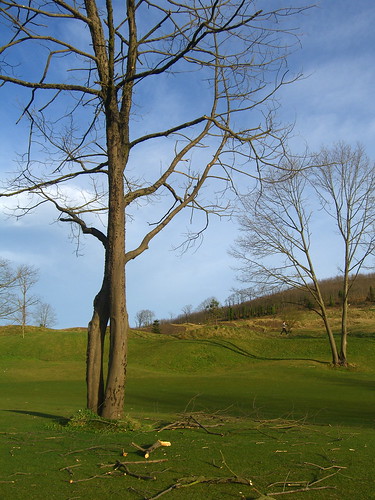 Did I mention it was windy? Look at what the wind did to this fairway tree! 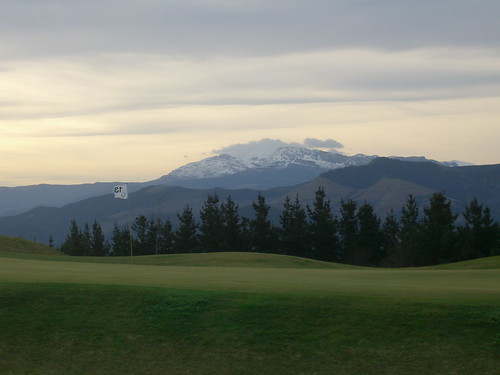 Did I mention it was cold? Check out those snowy peaks in the distance! Also we were right up near the cloud rolling ceiling. 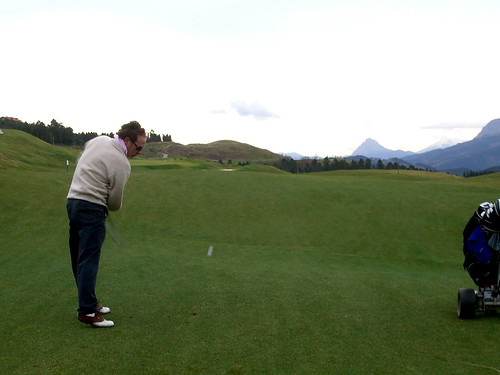 Manolo hits a shot down the fairway.

It was a fun morning. Tiring, but fun.