The World is a Handkerchief

When some coincidence makes the world seems small, instead of saying, "It's a small world!", the Spanish say "El mundo es un pañuelo!". I've heard the more cynical Spaniard tack on "...lleno de mocos!". Anyway, last night, two things happened that made the world seem pretty small. The first was that I met with Javier Bahón's parents. Javier is a Professional Golf Management student at Campbell University (Go camels!). He's from Cantabria and has won all kinds of golf tournaments in Spain. He went to the States to study Golf Course Management and ended up studying in the tiny, tiny town of Buies Creek, North Carolina, where my grandmother lives. Just to be clear, Buies Creek consists of a small Baptist university, a post office, a fire station, and a golf course, around which white middle-to-upper class families live, all either retired or commuting fairly long distances. My grandmother has lived on the 15th hole since back when it was the 6th hole. The golf course, Keith Hills, which is owned by Campbell, is probably the golf course that I know best. Occasionally I play each hole, with plenty of birdies, as I'm drifting off to sleep at night.

By complete chance, Javier's uncle, Juan Carlos, is in the social group that we go and dance salsa with on Thursday evenings. He's also a hairdresser in Laredo and cut my hair in preparation for my wedding. How small a world is that? I hope to meet Javier and give him his parent's best regards in February.

The second bizarre occurrence was that, as I was heading for the men's room in La Cabaña, the sandwich joint we frequent on Thursdays, I ran into, none other than, Scott from South Dakota! I immediately recognized him (video blogs are better than photo blogs for that), and introduced myself. He seemed appropriately starstruck at meeting "the blogger, Erik!". I gave him my cell phone number and he has yet to leave me a missed call to give me his number as he promised1. He actually expressed an interest in salsa dancing, but declined to come see me set the dance floor alight later in the evening.

I've met a few people that know me from my blog, but never someone that I've gotten to know from their blog. Pretty cool.

Strangely enough, I passed by the school where Scott works earlier in the day, as proven, at least secretly to Scott, by the following photo(s). 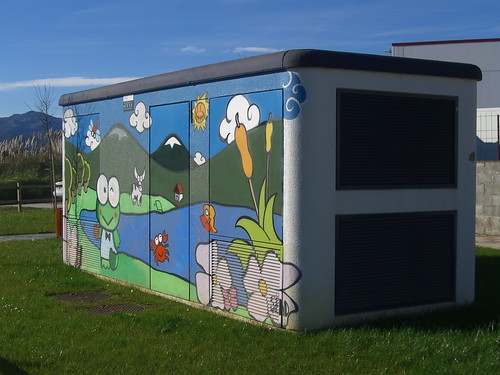 Is this not the cutest electric transformer box you've ever seen? The scene depicted is pretty close to the view nearby. 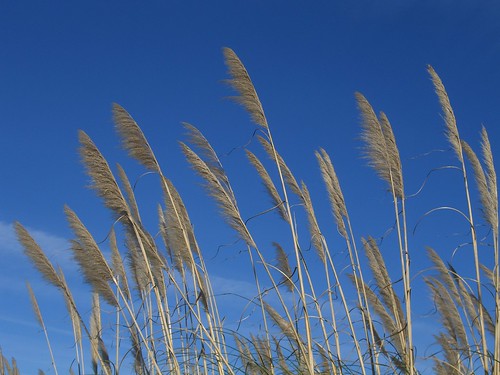 You know it's time to mow the lawn when... 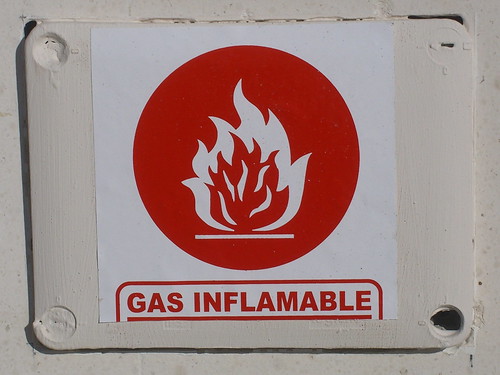 This sign reminded me about the dumbing down of the English language. In Spanish, inflamable still means what "inflammable" really mean in English. But no, the English speakers, and I think the Brits are included in this idiocy as well, learned in school that the prefix "in-" means "not", so we had to drop the "in-" from the word and just use "flammable" on such warning labels, since some people though that "inflammable" meant "fire proof". Grrrr!!

1I'd better have una llamada perdida within minutes of you reading this, Scott! :-P