I think the roscón de reyes is a Spanish tradition that I have yet to mention on this blog. Traditionally, the second most important day of the winter holidays (the first being Nochebuena) in Spain is January 6, the Dí­a de los Reyes Magos, or the Epiphany, as it's known in English. This is the day when children, traditionally (less and less so with the intrusion of American culture), receive their presents. Clearly the most logical way to tie present giving to the Christian theology would be to do it on the day that Jesus received his gifts from the three wise men. The typical food for this day is the roscón de reyes, a cake that is eaten either for dessert or breakfast (or both). The toric cake is cut in half and filled with cream. Somewhere in the cream filling is placed a little plastic figurine. The person who gets the slice with the figurine, if he doesn't choke to death, is said to have good luck for the entire year, ending with the bad luck of having to buy the roscón de reyes the following year.

I have a very vague recollection of a similar practice from my elementary school French class. I seem to recall a "chew these muffins carefully because one of you could choke to death" party we had. Can someone confirm similar practices in other parts of Europe? 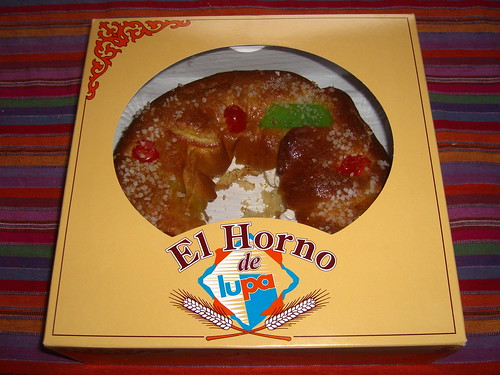 In the box from the local bakery. 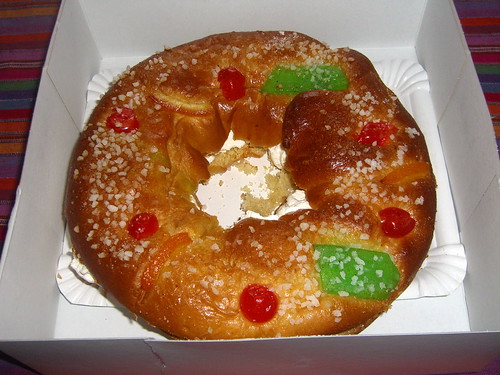 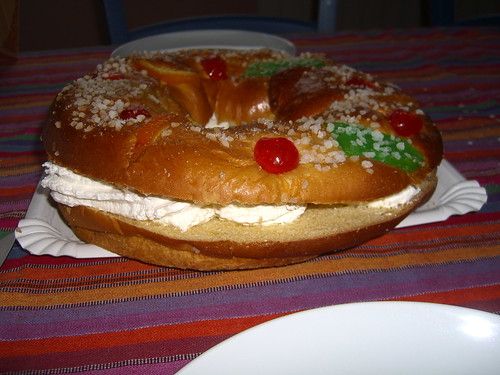 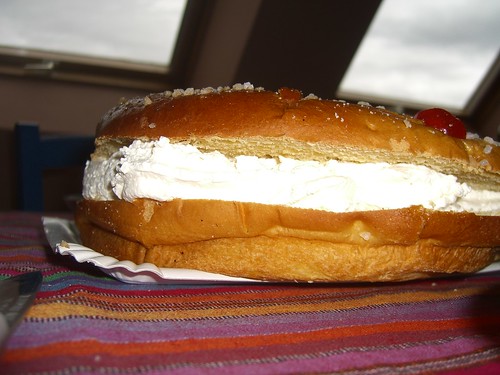 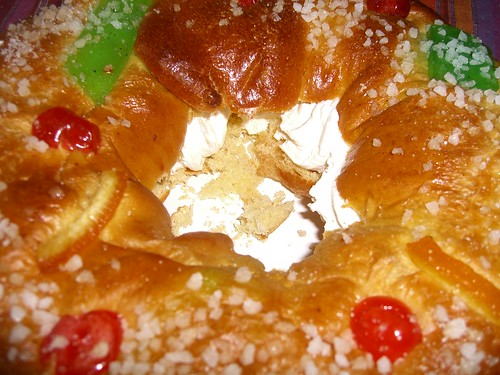 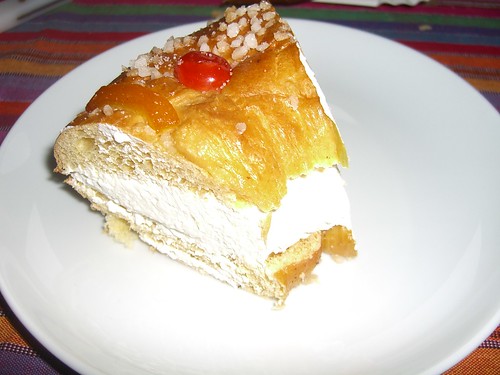 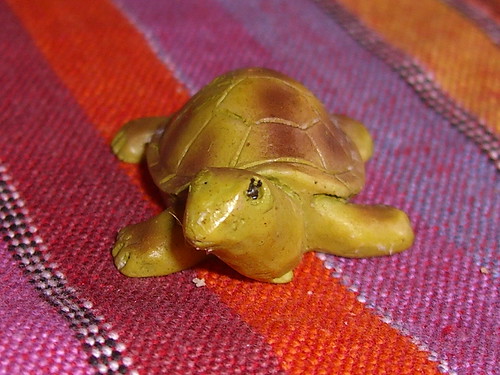 Marga was the unlucky cake eater this year. This is what she found. Talk about a choking hazard! 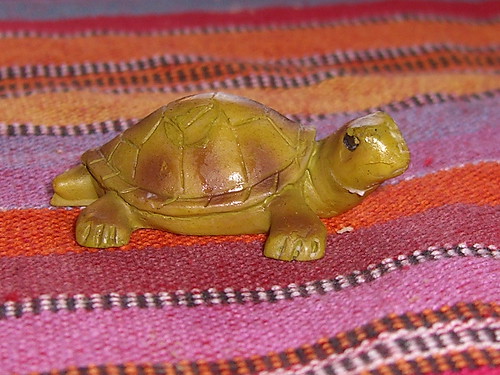 Cake Turtle looks a little angry. Note he's still got a little cream and cake on his face.

Just to be clear on the sequence of events, as celebrated by Spaniards...

Joseph and a very pregnant virgin arrive to Bethlehem, can't find a place to stay, and spend the night in a manger.

King Harrod orders the slaughter of all children in Bethlehem under 12 months of age, but only after hearing that the Magi were going to see the newborn King of the Jews and having them, upon having already seen Jesus and headed back east, deny Harrod the child's location. Baby Jesus is okay, though, because his mother and the man who didn't inseminate her took him to Egypt after being advised by an angel of King Harrod's diabolical plot.

The Magi arrive to the manger where Mary and her sexually frustrated husband are still staying with their 12-day-old baby among the livestock.

Jules and Vincent arrive to Jimmy's house in a car with a severely stained back seat. Jimmy makes some gourmet coffee and Jules gets Marsellus to call The Wolf.

Makes perfect sense to me! Amen.