I'm about to share with you a family recipe that my mother-in-law makes. I have no idea how widespread this dish is throughout Spain, but neither my wife nor I have heard of it outside her family. In the family, this dish is called a moje, which is closest to the word meaning "wet". It is a very light meal, good for right after those heavy family holiday meals. It works well either as an entire meal or a salad compliment to a main dish. It's also a great answer to the question, "What am I going to do with all this cilantro?", should such a question ever arise. 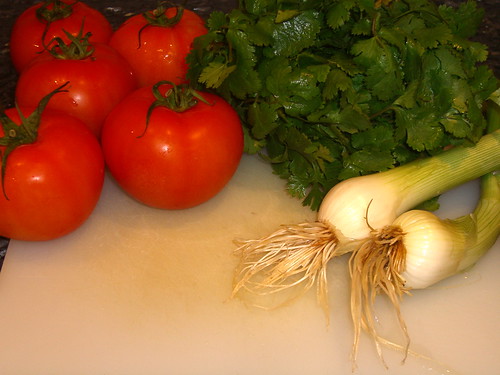 First you need some tomatoes, coriander (also known as cilantro), and some spring onions. Note that I only used three of the pictured tomatoes. 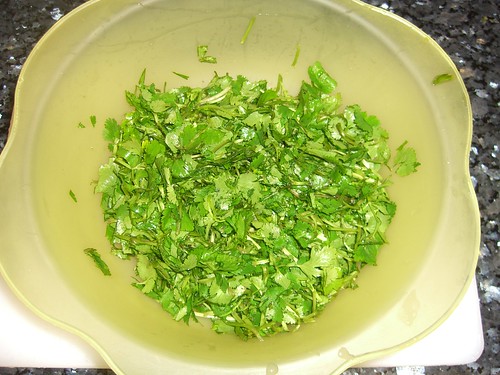 Clean and chop the coriander. Be sure to drain and remaining water from the bowl, as the tomatoes will give plenty of moisture to the salad later. 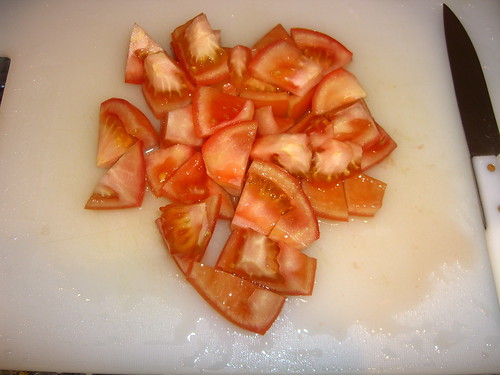 Chop the tomatoes in about the sizes shown. Ideally, you would want tomatoes slightly more ripe than those pictured. Add the tomatoes to the bowl. 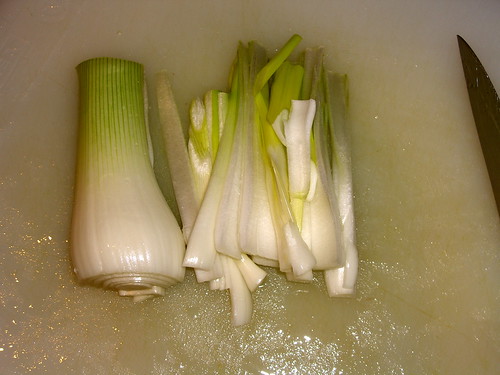 Chop the spring onion in strips, as shown. You may optionally cut these in half to make them shorter. Add the onions to the bowl.

Now comes the surprise ingredient, one that I would never have thought to add to a salad... 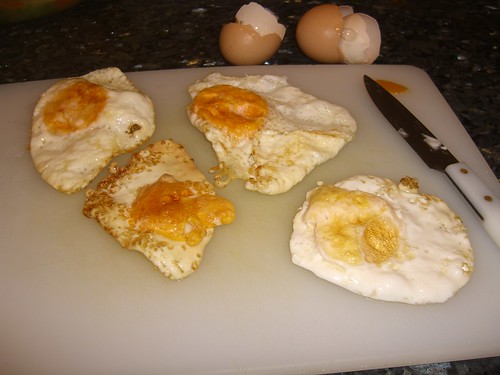 Fried eggs! It's very important that you cook some of the eggs so that the edges get crispy and leave others so that the yolk is still liquid. This will allow for a yellowy juice to form at the bottom of the bowl that is absolutely delicious to mop up with bread.

Make sure that you let the eggs cool before cutting them into pieces and adding them to the bowl. Ideally the contents of the bowl should be about room temperature. 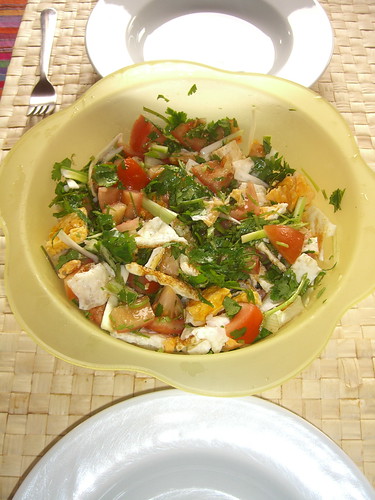 Mix all ingredients with a fork and serve, adding salt, extra virgin olive oil, and vinegar to taste. Be generous with the salt and oil!

This salad is wonderful and it's really worth going out of your way to obtain some fresh cilantro to try it at least once.