The main feast day for Saint Thomas in the Catholic church falls suspiciously close to the winter solstice, and is celebrated on December 21 with a huge fair in San Sebastian, Spain. In Mondragón, my wife's home town, Santo Tomás is also an important day. But since San Sebastian is so close and so much bigger, no one ever came to the fair in Mondragón, so they moved it to December 22 and the event exploded into a huge annual fair of crafts and livestock and dancing and drinking and general merriment. I don't know much about Saint Thomas, but from the following two quotes from Wikipedia, I think he's now my favorite apostle.

He also speaks up at The Last Supper in John 14:5. Jesus assures his disciples that they know where he is going, but Thomas protests that they don't know at all.

In Thomas's best known appearance in the New Testament, John 20:24-29, he doubts the resurrection of Jesus and demands to feel Jesus' wounds before being convinced.

An apostle with critical thinking skills and an emphasis on evidence-based belief!??! Go Tommy-boy! It's too bad he's just a literary tool to silence future skeptics. 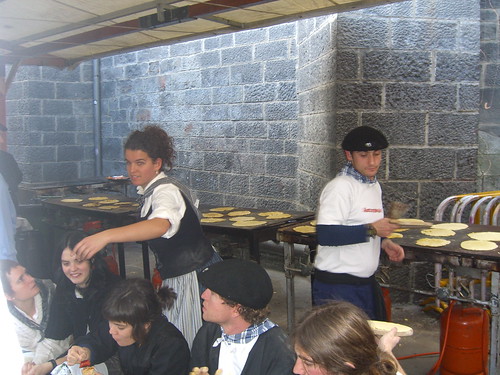 These are talos, flat bread that meat, typically txistorra, is wrapped in. The lines were at least an hour long, so we didn't have any. 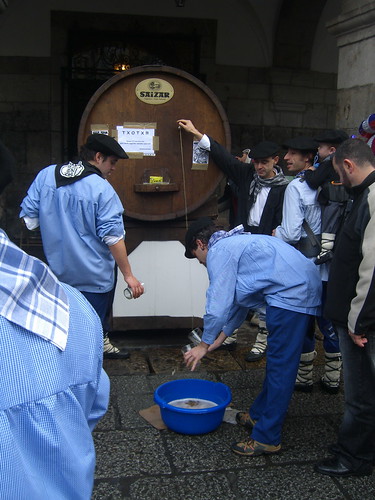 The txistorra is typically consumed with a glass of sidra. 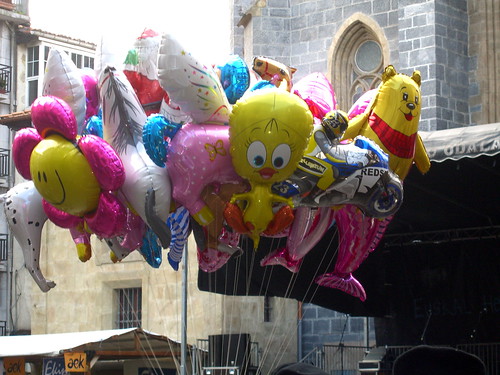 These knock-offs of trademarked personalities always crack me up. Check out Pooh Bear Dog. 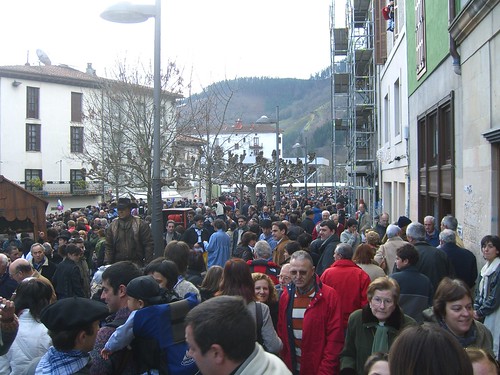 This is the path, looking towards the hotel, my wedding procession walked. I said to Marga, "This festival would be a lot more fun with about 70% of the people." And she said, "Yes, I'm sure they feel the same way about you." 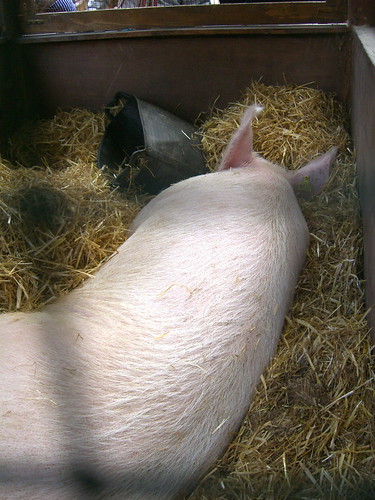 Some future txistorra napping in a crate. 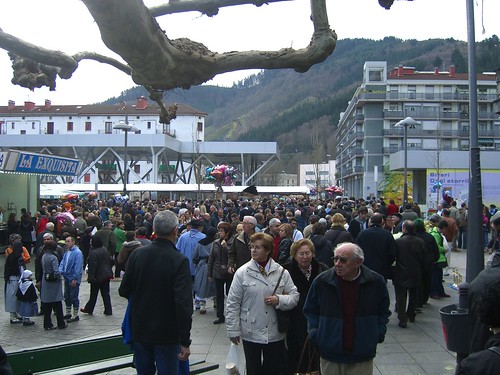 The masses gather to see crafts booths under the horrible gray structure they built last year that looks like a gas station. 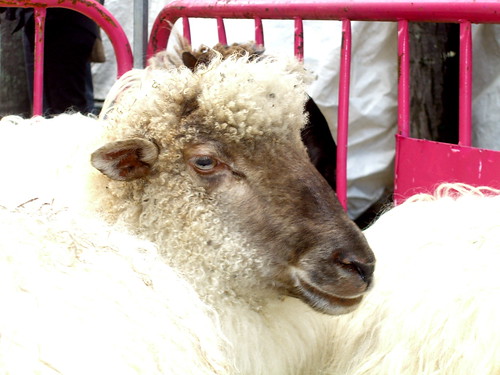 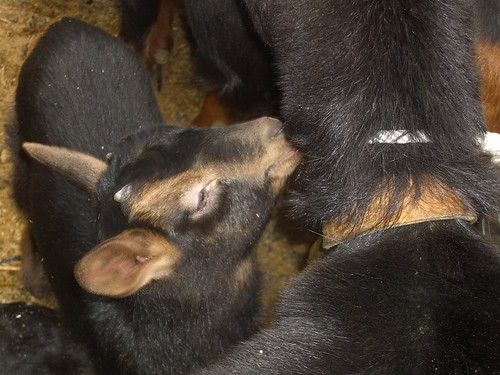 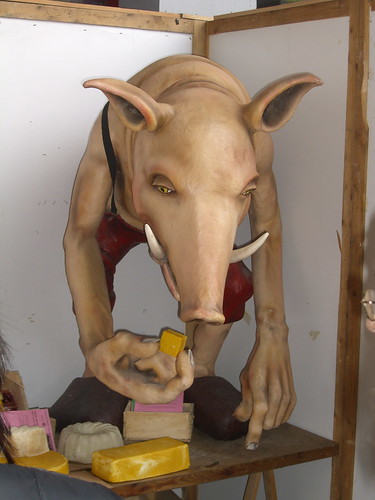 A disturbing boar creature that will come get you while you sleep if you don't buy cheese from this booth. 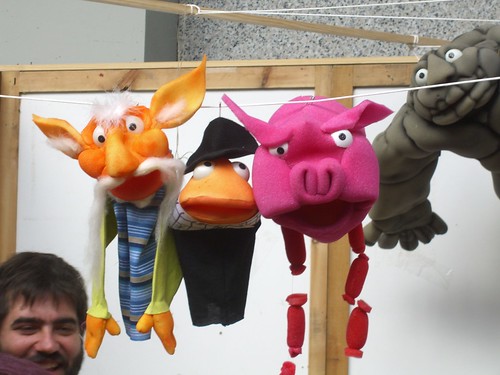 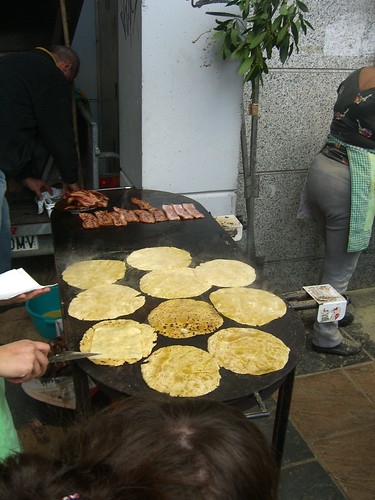 A better view of the talos with some sweet, sweet bacon frying in the background. I think the talos are corn-flour-based. 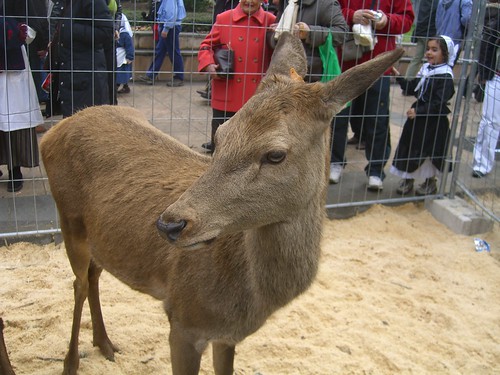 Doh! A deer! A female deer! 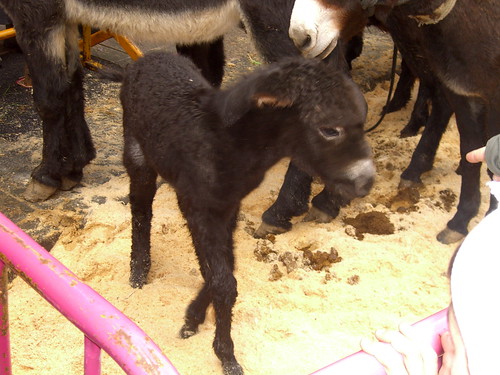 This little week-old burrito got a lot of attention.

(here come the "is it okay to eat a week-old burrito?" googlers...) 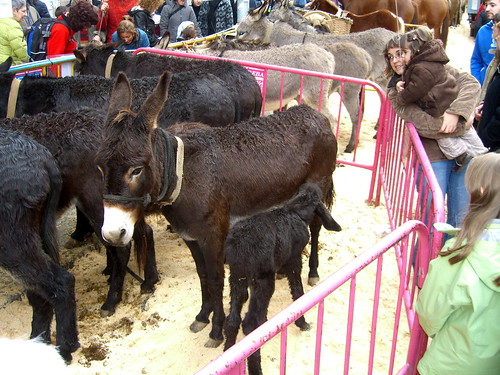 My sister-in-law, Belén, insisted that I get certain activities on video to show my mother, to whom she had proudly written an English email about the Santo Tomás festivities, particularly the dancing. So here they are.

For lunch, we were invited to join Belén and about 25 friends to a meal in a restaurant. 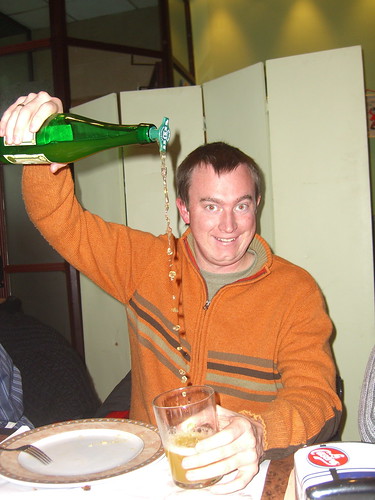 This is how sidra should be poured. I love the captured droplets in this shot.

Sing along with me here:

Cider Man, Cider Man, Fills a glass with cider, man! Pours it high, let's it fall! Not a splash on the wall. Here comes Cider Man!!! 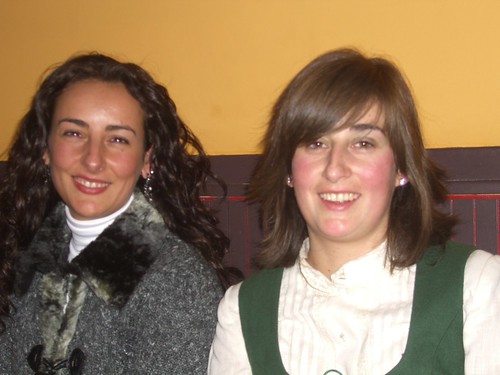 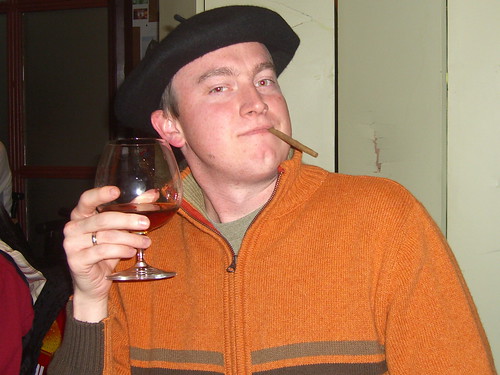 Some handsome Basque gentleman that stopped by. 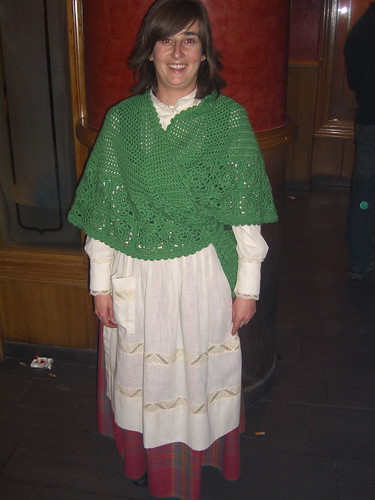 Belén was beaming all day because she'd received flowers and a digital camera from her boyfriend for their third anniversary. Man, time flies!

We literally spent from 2pm to 2am between bars ordering drinks. When our feet and livers couldn't take anymore, we walked home briskly through the brisk night air.