In Spain, the most important time around Christmas is the family meal on the evening of the 24th, called Nochebuena. 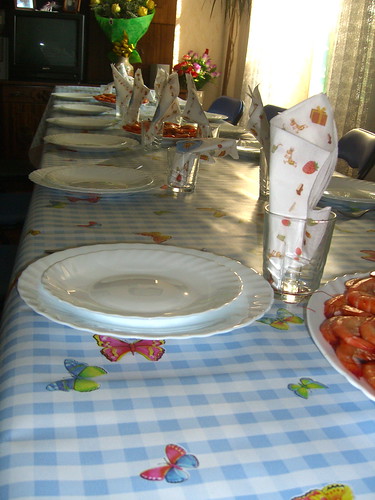 By noon on the 24th, the table was already set for the dinner that would happen ten hours later. 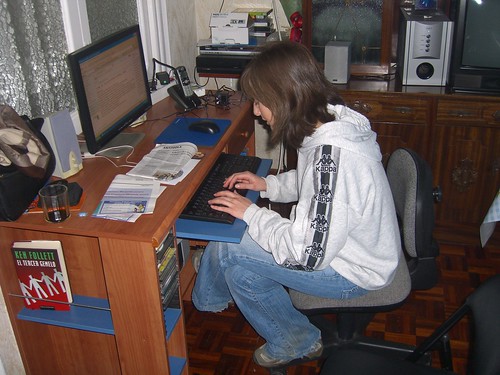 My sister-in-law sends an email to my mother.

Then we went to the Centro Extremeño for some Christmas carols. 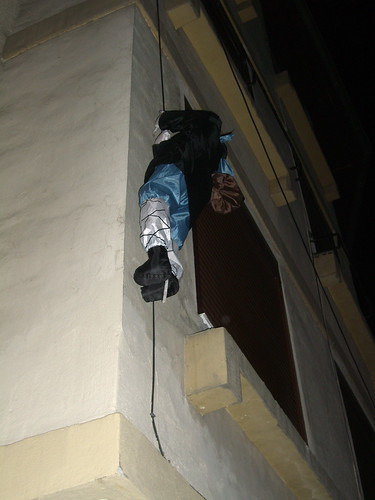 Similar to the Santa Cat Burglar epidemic, in the Basque Country they hang Olentzeros. Olentzero is a coal miner that brings Basque kids presents on Christmas morning instead of Santa Claus. The Basques just have to be different, you see. 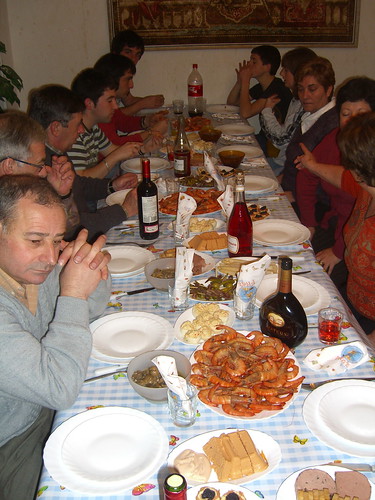 Everyone seated for the meal. 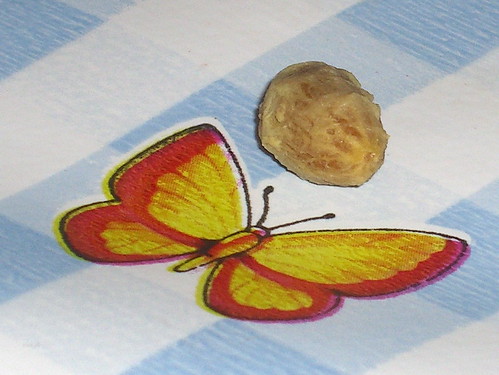 This olive pit attracted a butterfly...or is in the other way around? 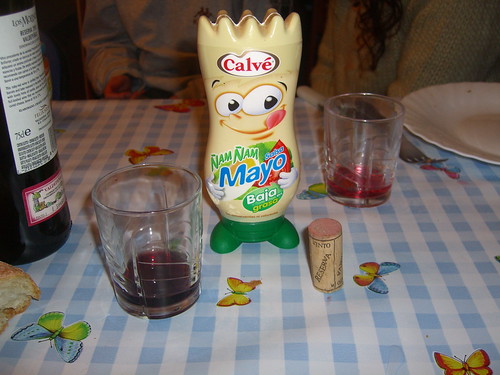 What a great way to serve mayonnaise: you have to pull down í‘am í‘am's trousers and squeeze him until he excretes a fine white cream all over your food. Who comes up with these things?? 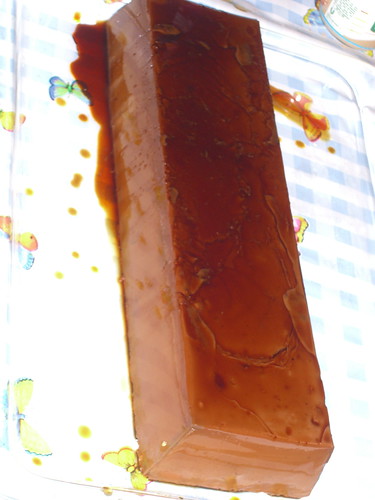 I figured that, after the last caption, you were ready to see a big slab of chocolate mousse.

On Christmas Eve, we played bingo until about 4:30 AM. I was the banquero who took the money for the cards and called out the numbers. It was good practice for my Spanish number pronunciation (1-90, anyway). Bingo would be a good game to play in a class teaching foreign language numbers.

I got up at 12:45 PM on Christmas day, opened some presents, and then it was time to go back to Grandpa's house to attack the leftovers. 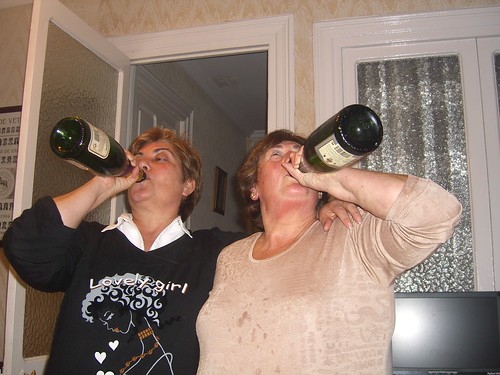 Aunt Manoli and my mother-in-law finish off the champagne. 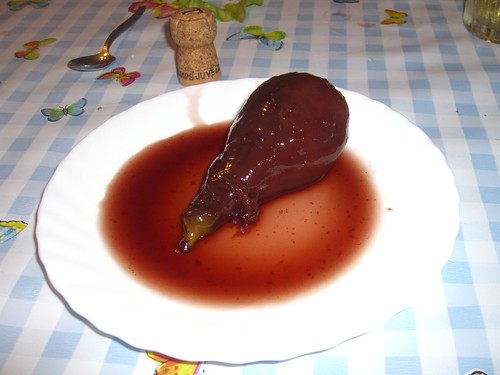 Aunt Marga had boiled a couple dozen pears in some frustratingly good quality red wine and some cinnamon sticks for a few hours the night before. The result was delicious! 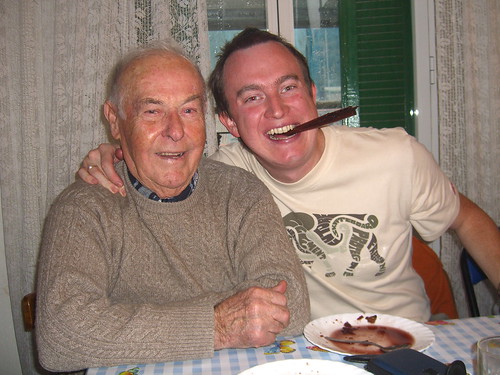 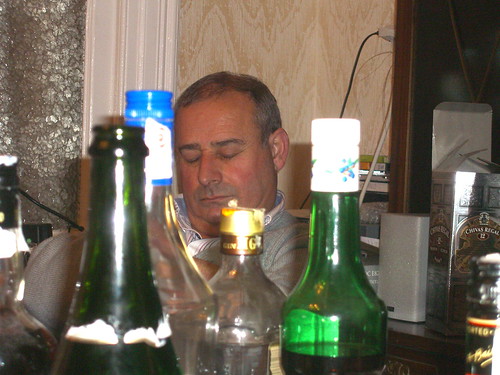 More bingo commences and Juan dozes off with an unjustly incriminating foreground.

All-in-all it was a pretty great family holiday. I was a little disappointed that there wasn't any singing, but we had a good time. Olentzero brought me a bathrobe and a snowball among other things.