For our dinner party with Marga's coworkers last night, Marga was tasked with making desert. She made a wonderful cheesecake and another pudding-based pie with fruit on top. Sorry, no photos of the desserts. When we were at the store trying to find berries (preferably straw- or rasp-), we found these strange yellow fruits labeled "Phisalis". The true name is physalis, and for some reason the Spanish name changes the 'y', which would be pronounced the same in Spanish, and keeps the "ph" which doesn't have any business in the Spanish language at all. They are strange little berries, shrouded in golden leaves. My favorite of its alternate names is "Inca Berry", which sounds like a character in a children's book. Another name, Cape Gooseberry, sounds like where Inca and his friends might get into all kinds of adventures. 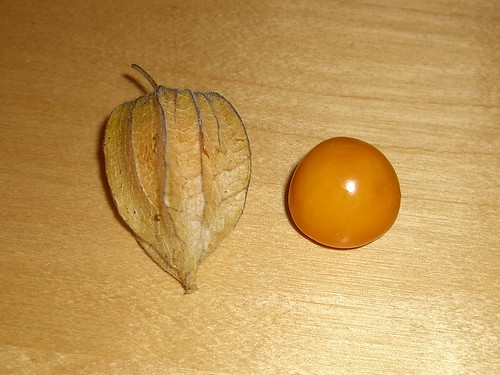 One in its little leafy prison, and one that I liberated. 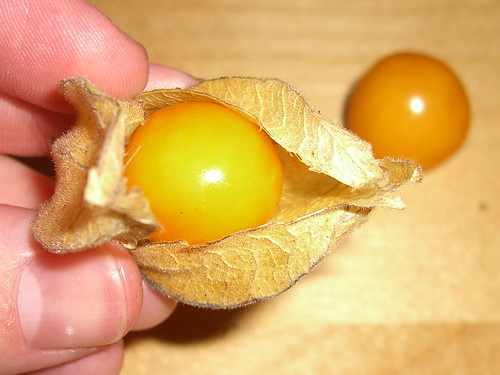 Unknown to the guests (they are native to South America), we received comments such as, "Did you put cherry tomatoes on the pie!?!?"