The other day, I saw pimento cheese mentioned in passing on a sibling blog. As far as I know, pimento cheese doesn't even exist outside the Confederate States of America, so of course it doesn't exist over here in the Old World. It reminded me of my childhood, even though I've probably only eaten a dozen pimento cheese sandwiches in my life. I commented on it and was given a recipe to make some myself! The recipe:

Mix until it is to your liking and refrigerate until ready to eat. (Alternately, eat directly out of bowl without refrigerating. Make sure the bowl is large enough to accommodate your noggin when you decide to lick said bowl clean.)

So I thought I'd give it a try. The main hurdle is the complete lack of cheddar cheese in Spain. We have a far greater variety of cheese available in even a small corner grocery store in Spain than even the largest supermarkets in the US. But there's just no cheddar. Even the Brits, who invented cheddar cheese, don't have as much of it in the stores as the yanks. It's confusing. Anyway, the closest thing I could find was Gouda. And, although they certainly exist here, I couldn't find any green onions at the grocery store yesterday, so I had to go without them in the mix. I also don't have, and even didn't know existed, Old Bay Seasoning, but the blogger behind the above recipe has agreed to send me some to try.

Ready or not, here we go! 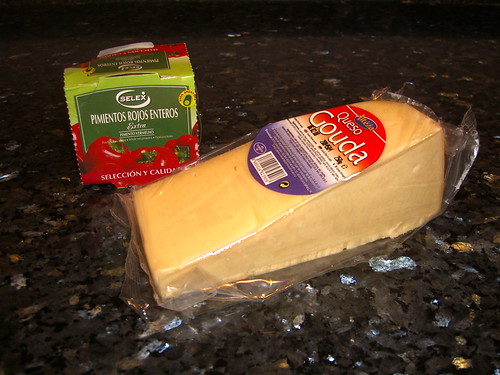 These canned fried peppers are pretty common here in Spain. In a pinch you can throw some into the pan with a pork chop and it really adds to the flavor and color of the dish. Gouda isn't required, swiss cheese would also work.

Note that they are pimientos, not pimentos. The latter word doesn't really exist here. The former is the general term for all peppers. But what I took out of the can and chopped up would definitely be called "pimento" by an American. 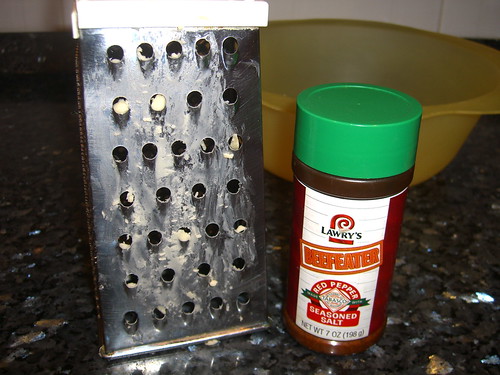 My bloodied cheese torture device and the seasoning I used. I stole this seasoning from a restaurant in England on January 1, 2005, when we went out to eat with the group of friends that we had been partying with the night before. It's basically just salt, a little black pepper, and a little cayenne pepper. It does wonders to french fries. 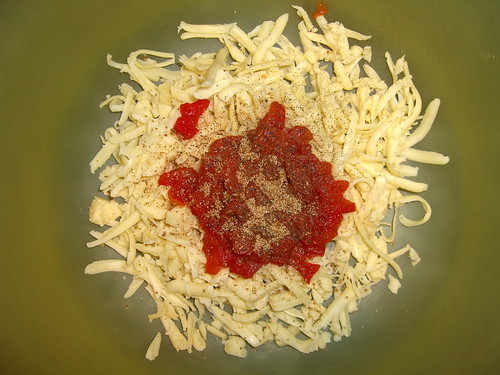 Grated and chopped and seasoned...awaiting the mayo. 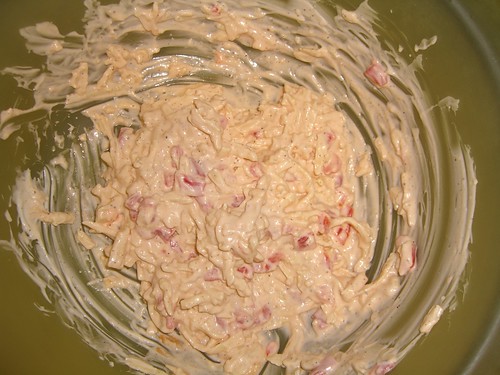 There is common agreement that the pimento cheese should not be a puree. But there are differences as to how much mixing and mashing should go on. Some favor a gentle tossing while other seem to advocate a more thorough combination.

I love that phrase, "some favor a gentle tossing".

After this photo, it didn't look or taste peppery enough, so I added another can of chopped pimento and a few drops of Tabasco. I then left it in the refrigerator for an hour, which I think helped it a lot. 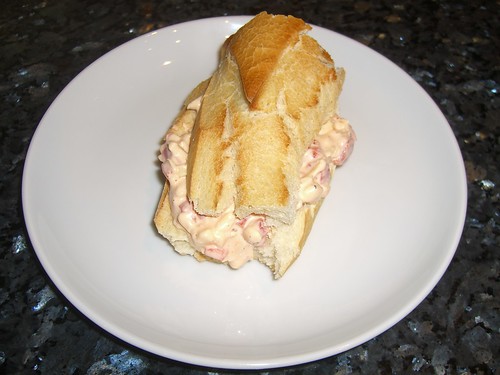 Tada! It was pretty darn close to what I remember from childhood. In the end, you're just eating a cheese and mayo sandwich, which can't be too awfully healthy as a regular part of your diet. But for special occasions...yummy!