It is illegal to fish anchovies in the Cantabrian sea (the body of water to the north of Spain that borders my region). They have been fished to near extinction and the European Union has prohibited the capture of them, at least for profit. One of Marga's coworkers' husbands is a fisherman. He actually attended our wedding. Sometimes the occasional anchovy will get brought up in his net when he is fishing other species. He always throws them back, but the other day, he saved a dozen or so and gave them to us. 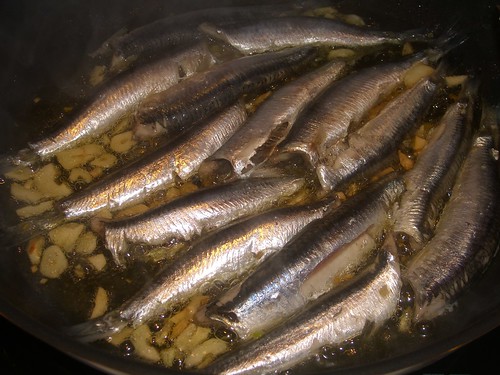 Is there anything that you can't fry in extra virgin olive oil and garlic? 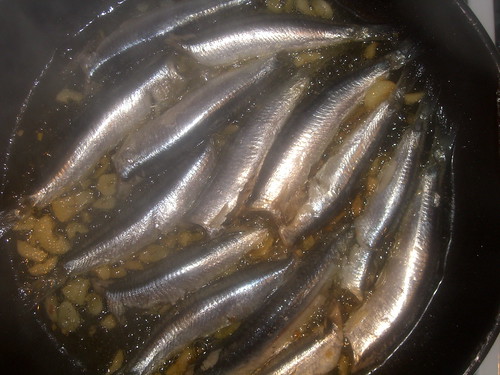 I'm pretty sure their capture wasn't against the law, because he didn't sell them for profit, but the chance that they might be illegal made them all the tastier.