We had little to no plans for Sunday, other than to head to the mall for some more lobster with our friends. Marga and I spent some time by the side of the pool, me typing away the events of the previous day on my laptop, Marga trying with all her power to part the clouds and let the sun through. Eventually we met our mates and caught two taxis to the mall. Once in the mall, a few people had errands to run, so we split up and decided to meet back at 1:30. Marga and I had no intention of buying anything, but what else is there to do at a mall but look at stuff on sale? I noticed a polo shirt that I liked and it turned out to only cost 9€, so I bought one of each color. While I was trying them on, Marga found some nice trousers that looked good on me, so I had to buy that too. As I was paying for my clothes, Marga found some nice underwear for a really low price, so I had to go and buy that too! After I signed the receipt, we got the heck out of there, so we wouldnâ€™t spend any more money. The lobster was, again, excellent. I ordered it â€œa la Diablaâ€, like I had the first day, and it was just as good and spicy. After that, we headed to have some more drinks next door to the Hard Rock Cafe. We had been admiring the Hard Rock paraphernalia that people had bought a few days before, and we succumbed to the opportunity to have a shirt and hat that says â€œHard Rock Cafe - Margaritaâ€. I mean, how often are you in a place that shares your name? Like last time, a tip to the waiters and they looked the other way while our glasses disappeared into our bags. Buying them clean in the shop cost twice as much as the drink thatâ€™s served in them. 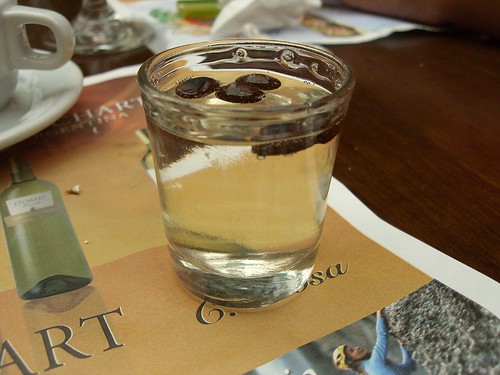 Finally, a focused photo of this sambuca drink. 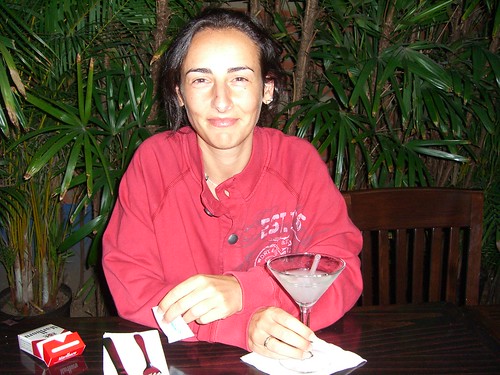 Marga wearing a sweatshirt I bought and sipping an Appletini. 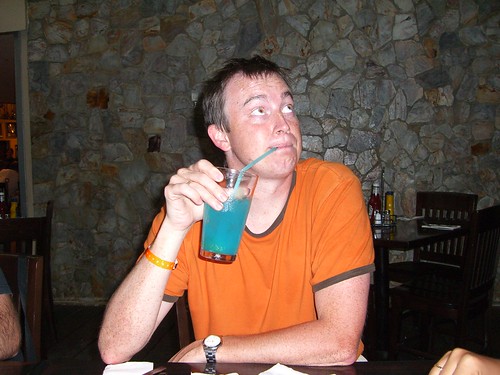 Could I be any more masculine? 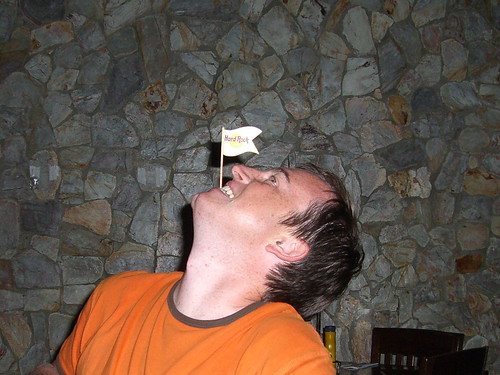 Wait! There's alcohol in these drinks? 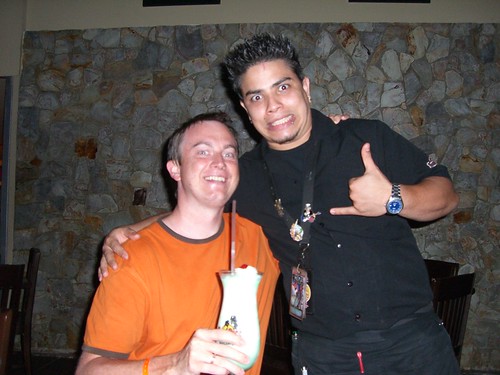 Me and freaky waiter guy. 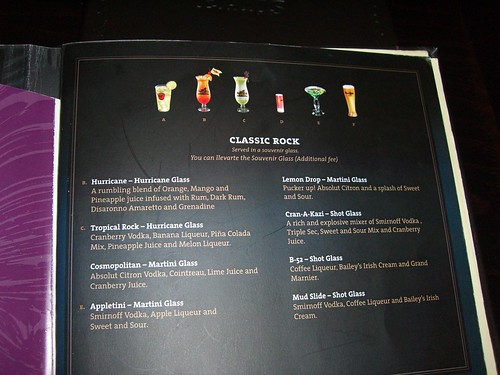 Because of my appearance, they brought me a menu in English. At least most of it was English. They rather comically left in a Spanish word: "You can llevarte the Souvenir Glass." As if you couldn't guess from the context, "llevarte" means "take with you". 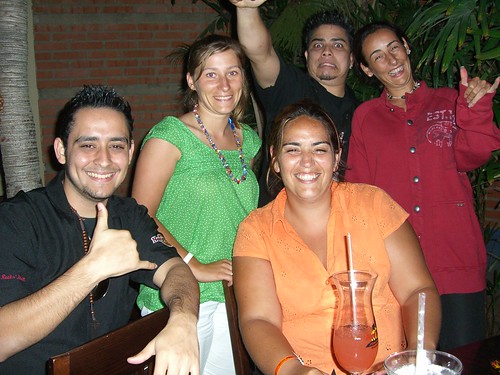 Finally our friendly waiter from the other day arrived for his shift and a photo-op. Creepy waiter still managed to get in the shot, though. 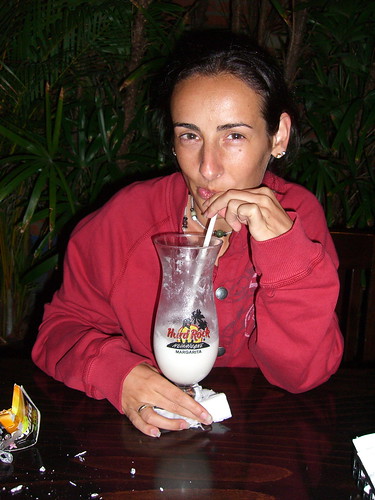 Slurrrrrrrp! (you know the sound) 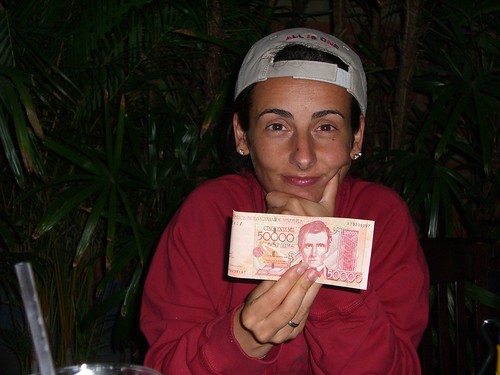 Showing off her 50 grand bill. It was part of the ransom tariff that we had to pay to leave the country. More on that later.

Back at the hotel, some of the others had dinner, but I wasnâ€™t remotely hungry, so I just watched them choke down some nasty macaroni. I mean, how can you screw up macaroni!? More political discussion and drinks, but the lazy bartender closed the bar early, so we decided to go and sleep our last night ever at Pueblo Caribe...or would it be?

Up next: Going home.