We're back from our honeymoon! We've got plenty of wedding and honeymoon photos to share, but first we've got to get some of the pre-wedding family visit / birthday photos out of the way. My father has written up a much better explanation of events than my blurred memory could give you, so I won't do much explaining here, and share his story soon. 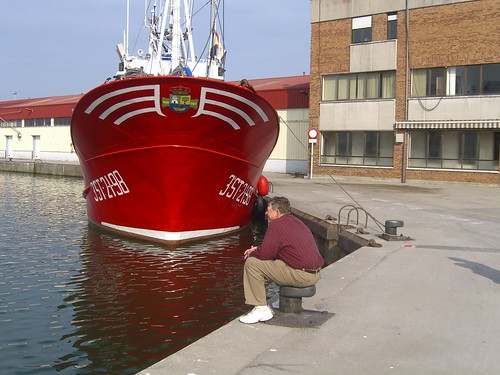 My father, Paul, contemplating the fishing boats in Colindres' harbor. 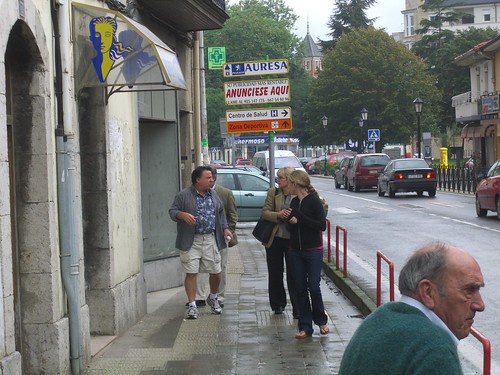 On a walk in Colindres, my godfather, Tom, explains something to my Aunt Diane and cousin Olivia. 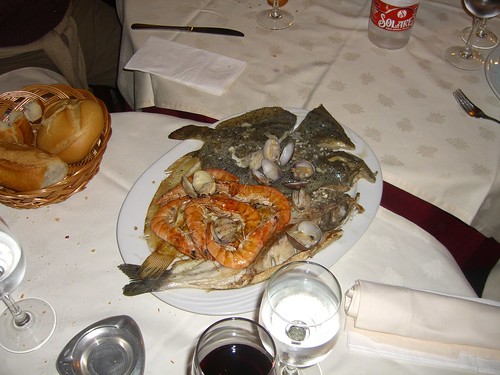 A mixed fish platter we ordered in a restaurant in Laredo. 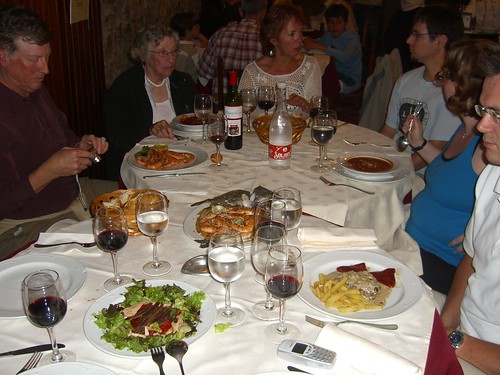 Dining in Laredo with the family. 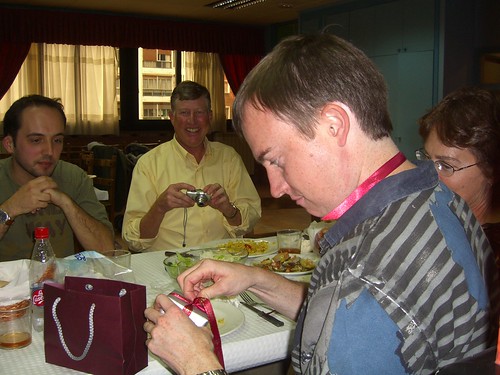 A birthday present from Aunt Marga. 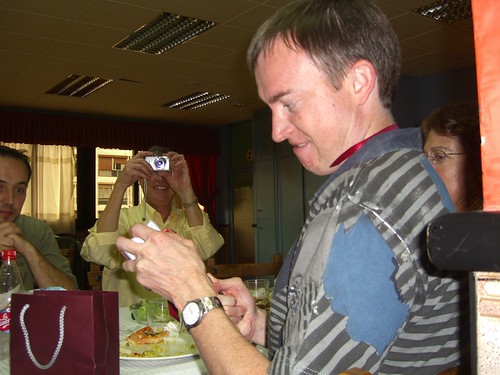 It came in a weird little box that wasn't obvious how to open. 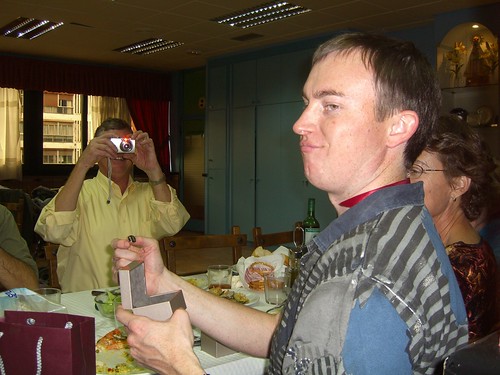 Now I know what it is! 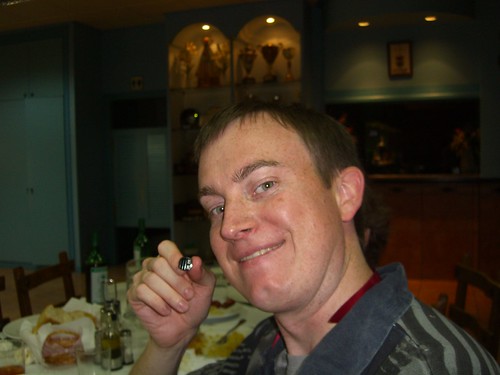 Some beautiful cuff links with "E R" engraved on them. 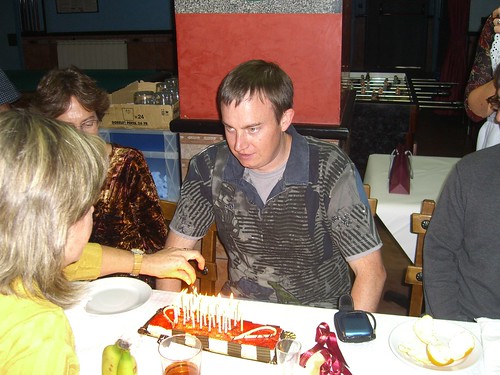 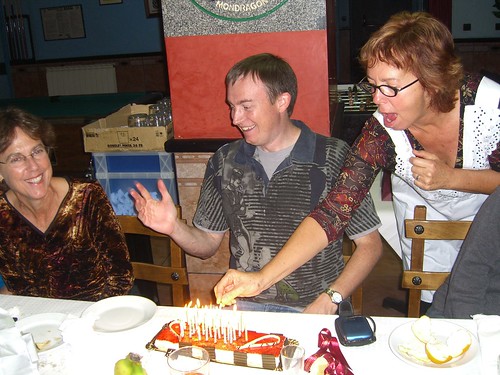 Enjoying being the center of attention. 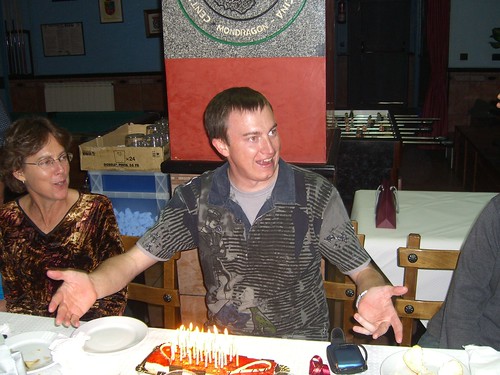 Directing the Happy Birthday song in both languages. It was so cool to have both families with me on my birthday. 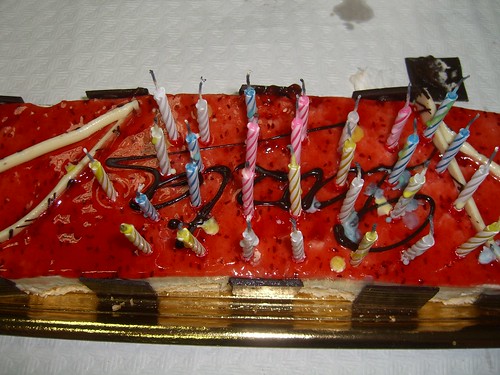 Flames extinguished. What a metaphor for years lived, lost into the past. 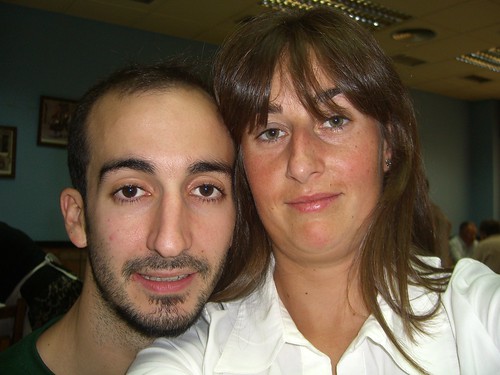 Later that evening, I found about 25 photos just like this one of my sister-in-law, Belén and her boyfriend, Gorka, on my camera. That's what you get for leaving a digital camera lying around. 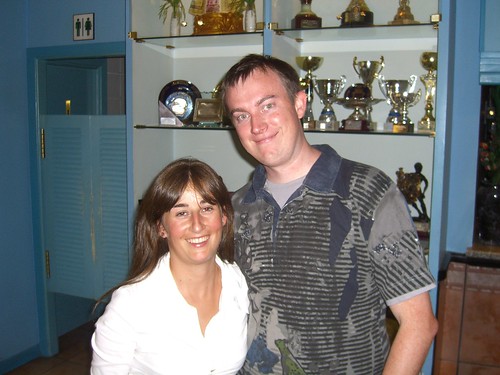 This is a great picture of me and my new sister-in-law. 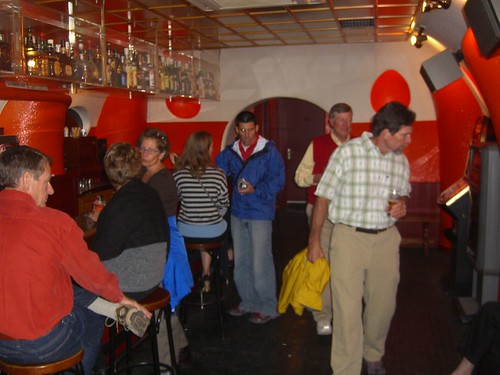 Later that evening in Bar Arrasate, a nicely painted bar in Mondragon. We entered at a non-bar hour and had the place more or less to ourselves. Nothing like a group of yanks to make a pre-emptive strike, invasion, and prolonged occupation with no exit strategy. 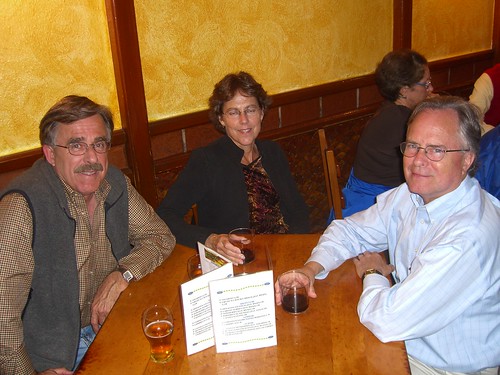 My mother, Betsy, and her two brothers, Jamie and Jack. My mother's not as drunk as she looks. 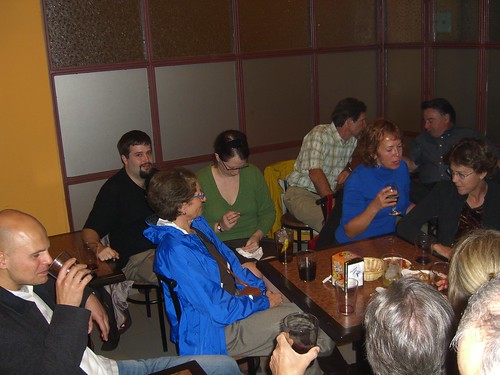 It took a while to take drink orders, communicate them to the bartender, and take the drinks to the thirsty Americans. I learned that I have a severe lack of ability when it comes to being a waiter. 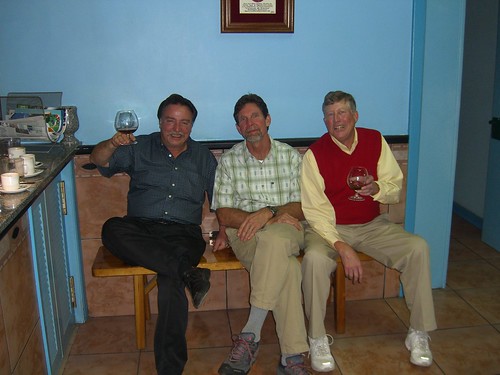 Tomás, Juan, and Pablo, sitting on a bench in a Spanish social club, looking like they couldn't possibly belong anywhere else. 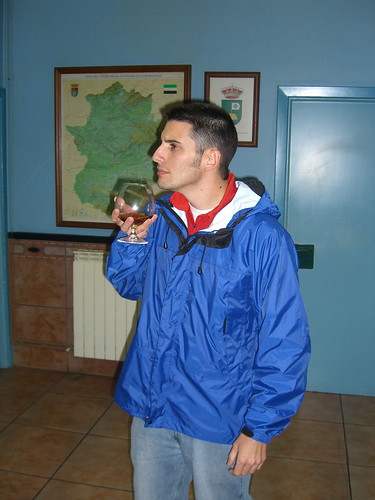 Jacob, pretending to be a connoisseur of cognac. 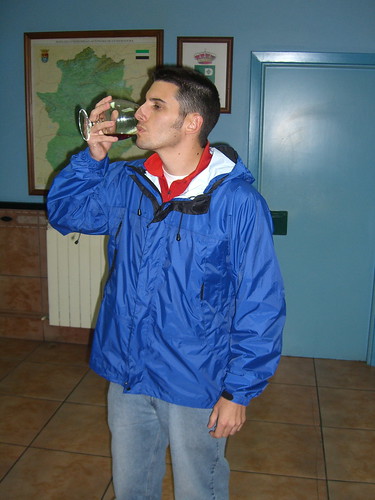 The irony here is that he used to date a girl named Brandy. 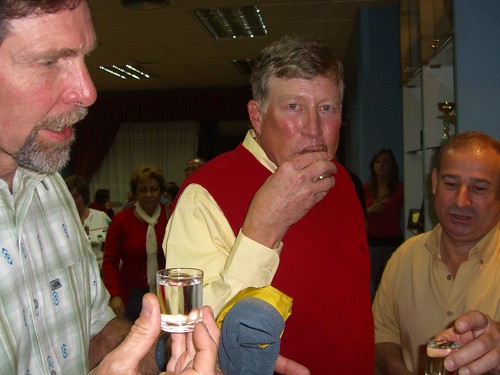 John and Paul hit the moonshine. 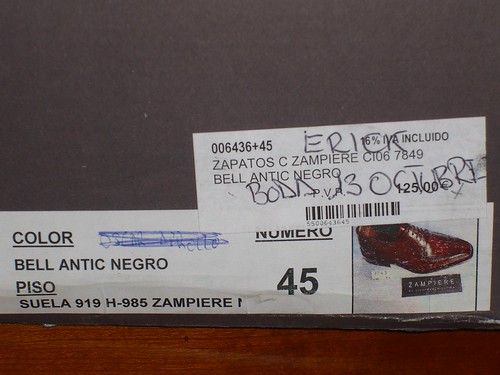 Back in my hotel room the night before the wedding, I find that my bride, either before or after she went to the emergency room because she was feeling ill, had left my suit and shoes in my room for me.

I don't really wear size 45, but I figured being a groom's shoes should be hard to fill. Ba-da-bum! I also got a kick out of the "Erick - Boda - 13 Octubre" scribbled on the box.

Whew! Now we're caught up to the moment before the wedding...