I miss Altoids. I didn't really use them much when I was living in the US, but I bought a couple tins one time when leaving the States, and got kinda hooked on 'em. I've never seen Altoids for sale in Europe. What they do have here are Fisherman's Friends, which I would say are probably stronger than Altoids. Most of the flavors contain menthol and give your nerves that hypersensitive to cold feeling.

The other day, I was in the local tobacconist shop buying some cigars for my wedding guests, and I noticed they had a pretty extensive array of breath mints. (Makes sense, you stinky-mouthed smokers!) I saw an Altoids-sized tin and got a little excited. It turned out to be from another big player in the minty freshness word: tic tac (officially styled in lowercase). It'd been years since I bought some tic tacs, so I bought a tin. They were good. Sweet and not too strong. Since I'm used to the strong stuff, it was a little like cocaine to a heroin user: better than nothing, but a poor substitute.

What I thought was clever about their packaging, and motivated this post, was some sly usage of subliminal imagery. When you open the tin, there's this photo of an ideal clean, fresh, minty scene in the Alps. I bet you could put placebos in the tin and people would report a minty fresh feeling.

That was all. The tin is nice and sturdy like an Altoids tin, so much so that it's hard to throw away because it just seems so useful for storing stuff. 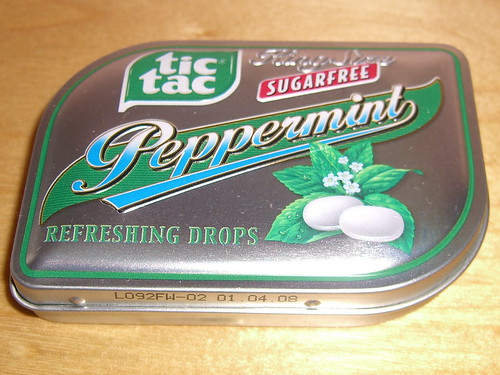 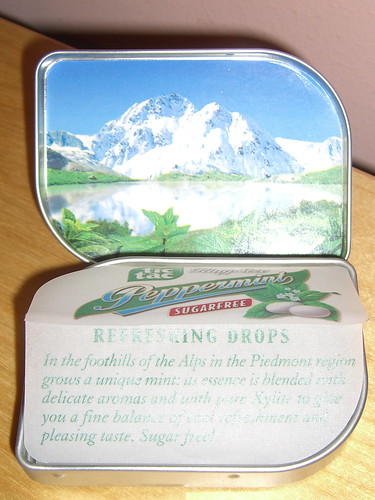