About twice a year, every little town in Spain has what can best be described as a "medieval festival". It's probably all terribly historically inaccurate, but it's kind of fun. Little boys run around with little wooden swords that they presumably lose interest in a day later. Girls get their faces painted with flowers. It's a fairly wholesome day out.

Last Sunday, we drove to Laredo and walked up and down the entire length of the beach. It's 5 km long, so we walked 10 km in total (6.2 miles). By complete chance, we happened upon one of these medieval fairs. The market booths at these festivals are run by a traveling band of carnies. It's the same people and wares every year. Their job is to travel to different towns putting on these festivals. Some do elaborate wood carving, others cook pastries, others march around playing bagpipes, and some sell bullshit "medieval" medicine.

The only thing worth buying, and that we ever buy, at these festivals is the extremely overpriced food and drink. Once, Marga and I got charged 15€ for a bottle of wine that we know costs 1€. There weren't menus with listed prices in medieval times, it seems.

I'm a little concerned about how much business the infusion booth does. They sell all kinds of leaves and grains and stuff and mark them with various ailments that they supposedly cure or alleviate. And they sell the stuff at extremely high prices. In case you thought Spaniards were any better at critical thinking than Americans, well, you're wrong. Colindres was host to a UFO-ology show in September. There's some human thought fallacy that makes them willing to unquestioningly buy anything that someone claims will help them with an ailment. It's the same thing as the diet pill or penis enlargement industry, only here, the fact that it's just dry leaves makes it somewhat more obvious that you're being scammed. Whatever other historical inaccuracies exist at these fairs, they've certainly nailed the scientific ignorance of the middle ages. 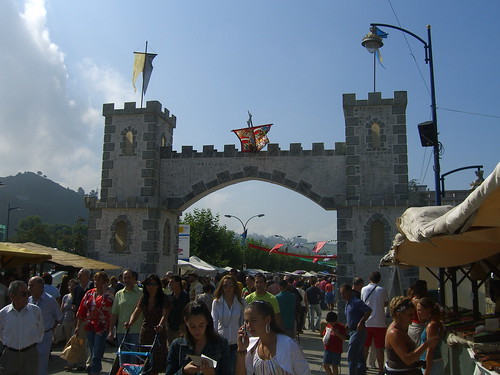 This medieval fair not-coincidentally coincided with the annual silliness that is the Disembarkation of Carlos V. This gate was made of wood and was pretty photo-realistic. 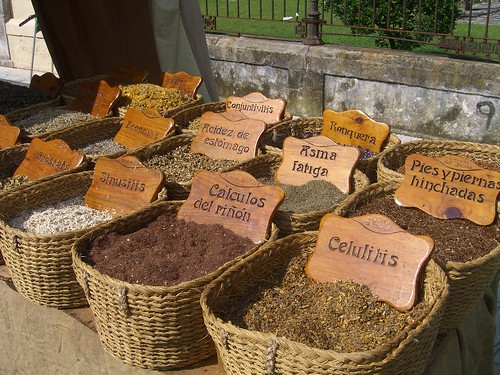 Infused ignorance. They don't sell one to cure gullibility. I checked. Click the image to see translations of each plaque. 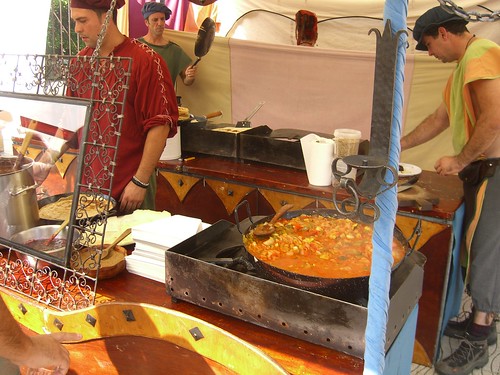 The smell from this crepe booth was just gorgeous. It's by complete luck that I captured a crepe mid-flip at the top left. 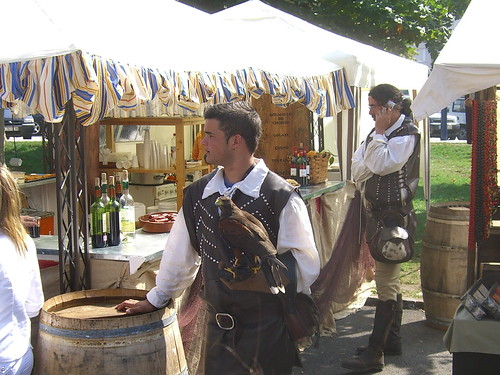 So a falconer walks into a bar...

I was too slow to catch this guy when he was still sipping his drink. Falcon shows are popular at these events. Check out the mobile anachronism in the background. 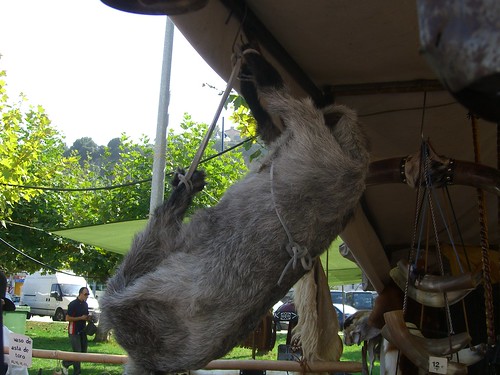 Look out Gucci and Prada! These goat bags are gonna be huge! ...at least among the more sophisticated Neanderthal ladies. 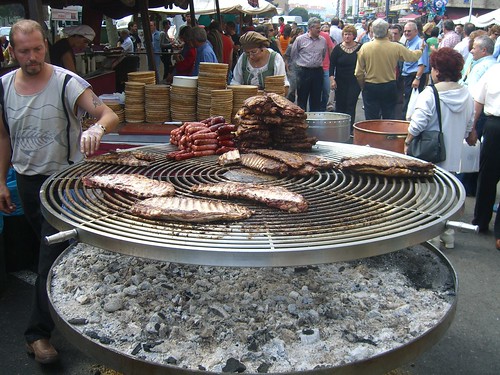 Now that's how you grill meat! 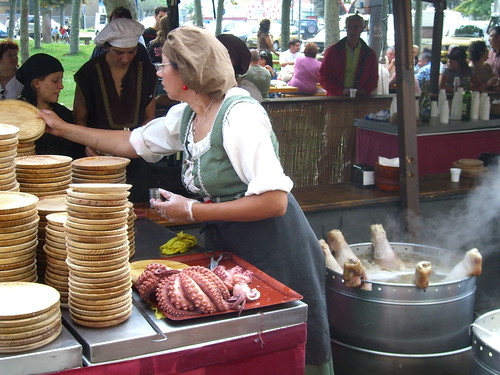 Eight tentacles of chewy invertebrate goodness. Hey, if you put some octopus meat into a pastry, would you have an octo-pie? ba-da-bum! Man, if that joke sucked any more, it'd need suction cups! 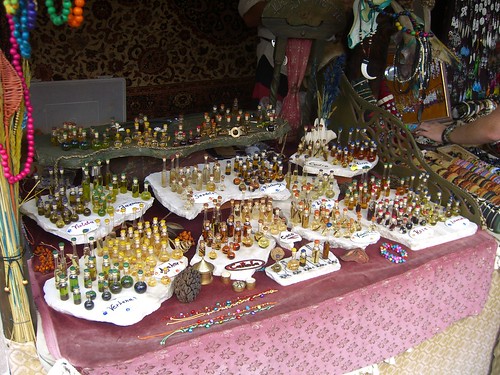 Hold on, I've got an elixir here to clear up those involuntary groaning sounds you're suffering from.