Due to the nature of things, and having both words on every page, I'm ruling the google search for: colindres spain. The result is that anyone in the English speaking world that has a reason to look for information about Colindres (and there aren't many people like that) will find me. Like that Australian guy a couple of months ago. The latest person to find me, and leave a nice comment, is Heather. Heather lived here with her family from 1993 to 1995 doing missionary work. Now, when I hear the word "missionary", I immediately think of white people trying to read the "sophisticated" Bible to a group of spear-holding, face-pierced, skinny, confused, "savage" black people. I guess Hollywood and my own ignorance is to blame for this. Anyway, I asked Heather how she could be spreading Christianity in Colindres, literally preaching to the choir. She explained that hers was the more common "evangelical" missionary work that consists of going to some far off place and helping the unfortunate. I can see how the unfortunate would prefer an evangelical "He's here with your right now, personal invisible friend" Jesus to the more Catholic "impersonal holy exemplar" Jesus. Heather worked with AIDS patients and heroin addicts in this region.

With the help of her comments on my photos and other clues, I have found the house that Heather lived in, and, hopefully, I will be able to pass on a hola, pensando en ti message to someone she knew. It makes me feel a little like a detective on Cold Case. That show always does a good job of matching fashion styles and music from the era that they are flashing back to. That's a big part of the appeal of the show, I think. I've already chosen the soundtrack for my episode flashing back to 1994...

Here are a couple photos she sent me from her time in Colindres. 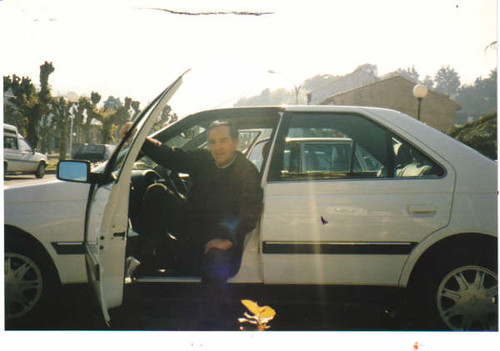 A taxi driving friend of hers. 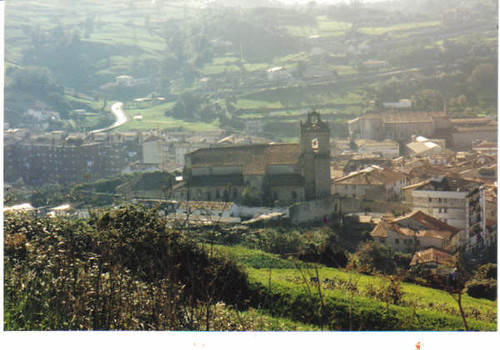 The old church up in Colindres de Arriba. It's the only real "attraction" that the Colindres tourism board promotes, and I've never seen it. Apparently some saint's remains were housed there for a bit, and it's kind of a pilgrimage destination. 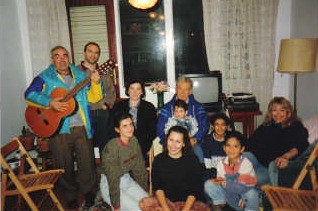 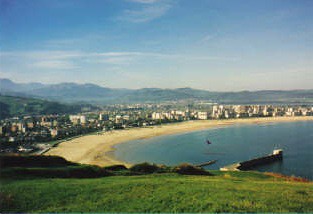 Hmm... Where have I seen thatbefore? 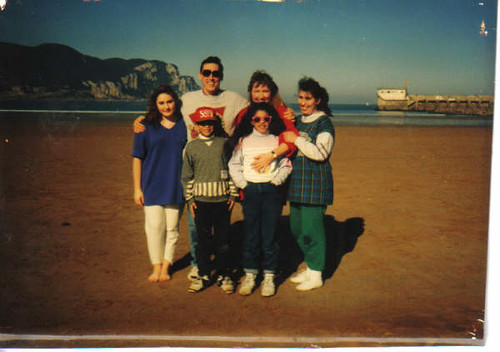 We also were friends with alot of the people in our building, which the name of the street was Calle Magdalena, there was a pub and a Canon copier showroom.

I thought "Canon copier showroom??? That must be long gone!" But it turns out that that particular "store" is one of those that just blends into the background and you have so little interest in it that you forget that it's there. So today, I took some pictures of Heather's old house for her. Perhaps she'll tell us which floor she was on. 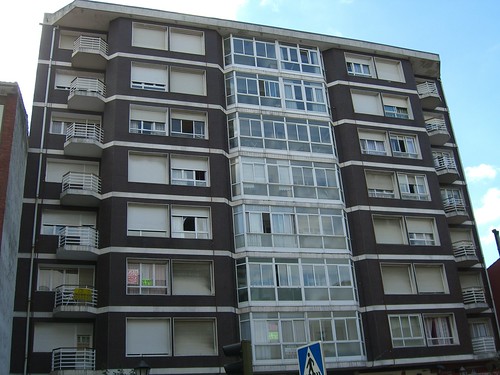 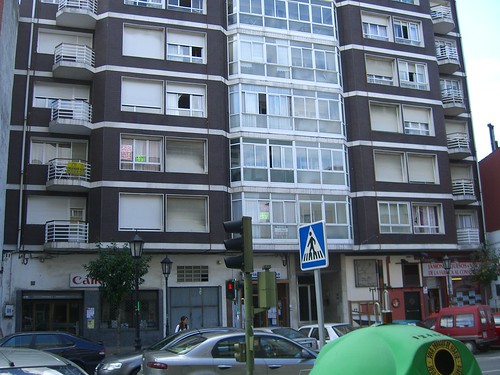 Note the faded sign of the Canon shop at the bottom left. It looks like at least two of the apartments are for sale. 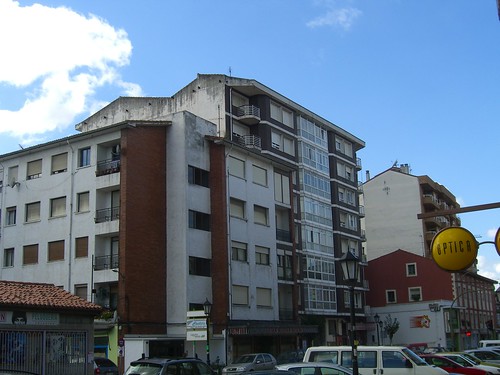 Another angle from further down the street.

Heather, I'm sure this will bring back even more memories. I'll be in touch to see if we can find someone you knew. As long as it's not this October, you're welcome to come visit.