Last Sunday, we went to an exhibition entitled Leonardo's Machines. It was a really clever idea of a project for a woodworking school. They recreated some simple (and some not-so-simple) machines from drawings by Leonardo Da Vinci, put them in an old fort (that's where their school is) and charged people a couple euros to get in. Each item had a plaque to read about how it worked (or didn't in the case of the wings), how technology was before Da Vinci, and how his invention revolutionized the world. Most of them consisted of what I learned in school were called simple machines: pulleys, levers, cranks, gears, etc. Basically, they are all the things that logically fall out of an understanding of how these items can be combined to convert a simple human movement (e.g. cranking or pedaling) into something useful like lifting a heavy weight, drilling a hole, etc. I think that some items like a bicycle and pedaling car, complete with transmission, a differential, and a spiral fan on the back to add extra thrust, are somewhat debated as to whether or not Leonardo really invented them. But they were all pretty cool and there's no doubt that the man was a genius of the highest order. 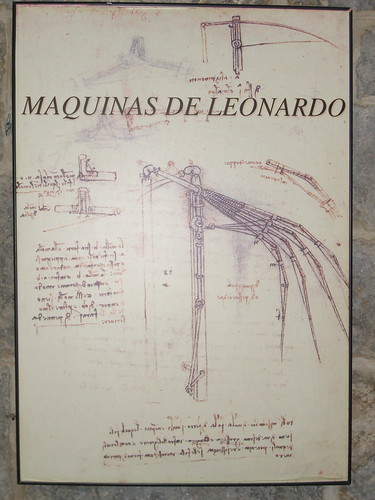 The plaque at the entrance. 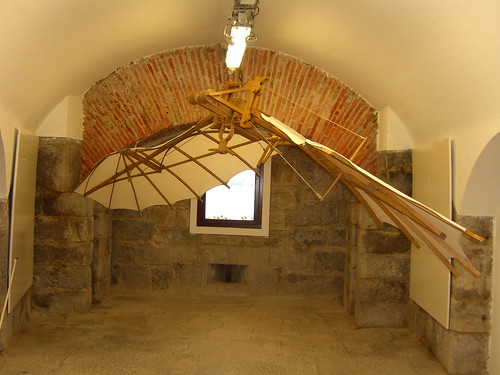 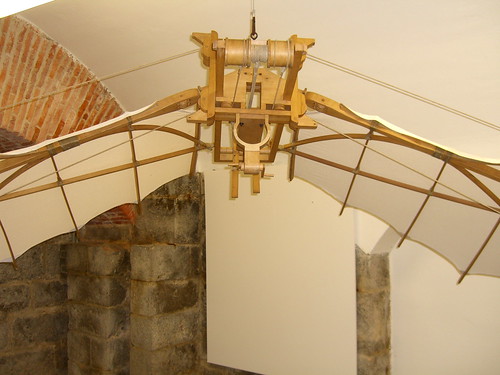 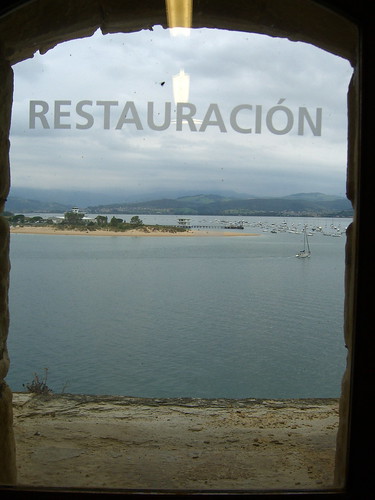 View from the fort window. That's the tip of Laredo beach. 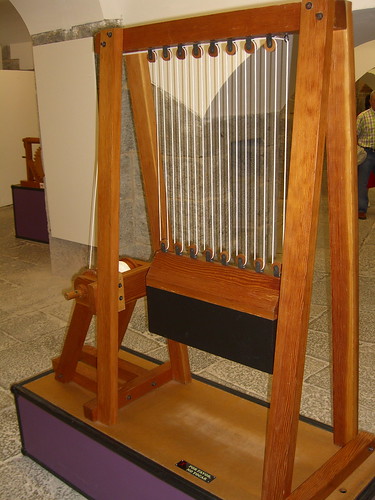 Leo figured out that the more pulleys you have, the heavier a weight you can lift. 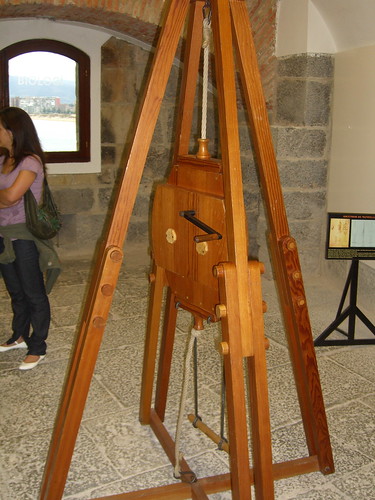 This is a human-powered elevator. You stand on a bar at the bottom and hold on with one hand, and crank away with the other. 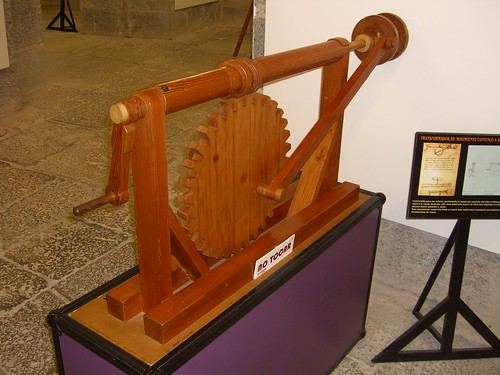 This shows his understanding of gears. This device produces both rotational motion and oscillating motion. Presumably for drilling a hole? 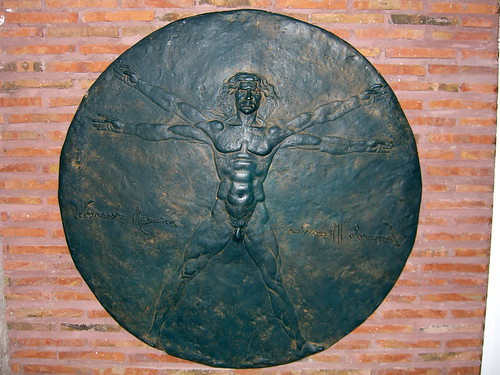 Where have I seen this image before? Pretty cool to have it cast in metal. (iron?) In case you can't tell from the bricks, this thing was about five feet in diameter. 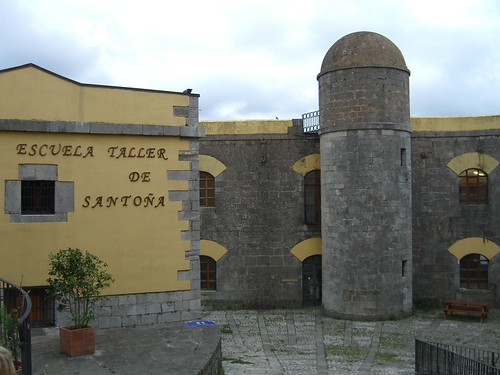 The workshop school is actually inside the old fort. 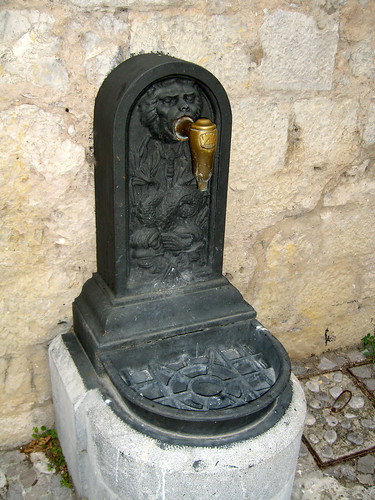 I thought this faucet was pretty spooky. 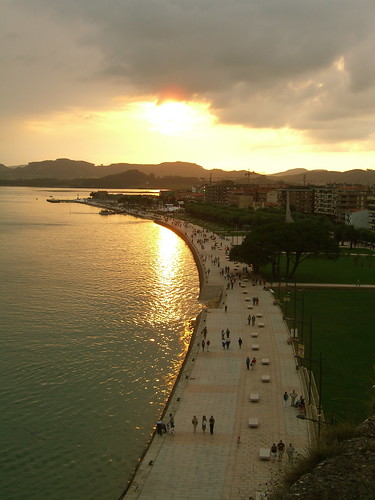 We stayed to watch the sunset from on top of the fort. This is a new walkway that the town of Santoña has put along their waterfront. 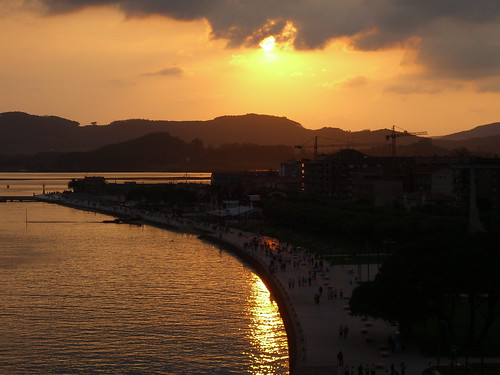 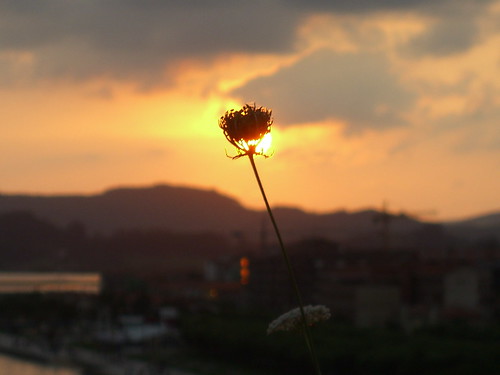 This flower intrigued me, as you'll see below. 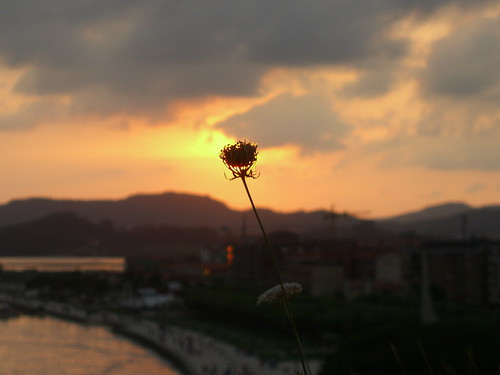 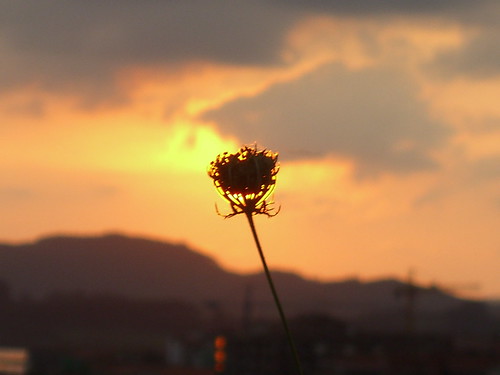 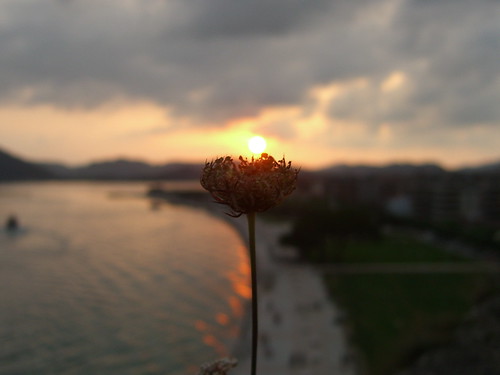 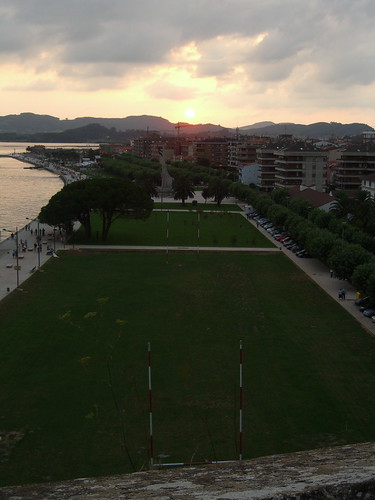 The sun was perfectly in line with the goalposts on this rugby field. 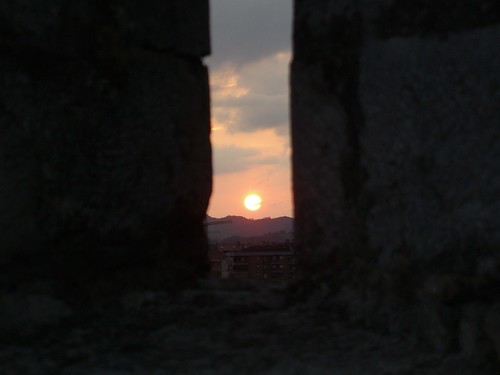 The sunset from behind the castle wall. 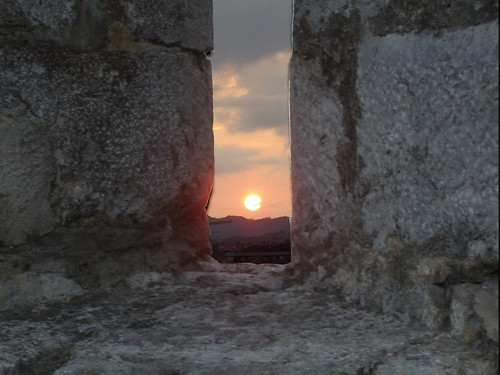 This is a mediocre attempt to Photoshop the last image and another one I took with lower exposure settings to get the wall detail.

A panorama of Laredo's beach from the fort on Mount Buciero. Those darn flag poles messed up my stitching. 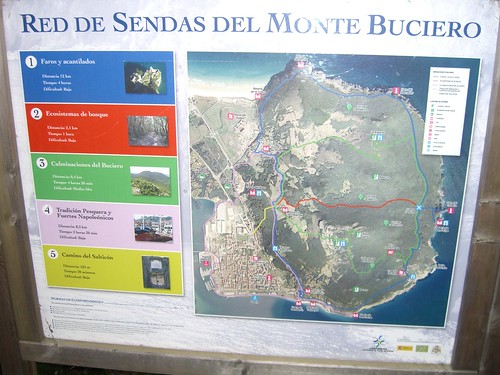 A nice trail map of Mount Buciero. Click the image to see where the fort was.

You can see from Google Maps just how close the tip of Laredo's beach comes to Santoña.

The most disappointing thing about the exhibit was that you weren't allowed to actually touch the items and crank the cranks. It's not like they were actually 500 years old or anything. All in all, it was a pretty cool way to spend a few hours.