Glad to see you all survived the night. I watched Transformers last night. I'm not a big fan of the comic book genre, so I went in with low expectations, and was pleasantly surprised. There's something so geekily gleeful about a sports car that turns into a giant robot. The film required a lot of disbelief suspension, but the special effects were simply astounding. The line between which pixels were reflected light off someone's skin and which were rendered by a computer is completely blurred now. Unlike the 21-year-old lead actors in this movie, I was the right age at the peak of the Transformers cartoon and action figures reign and recall deep envy of my friend, Jacob's, Megatron toy.

Today just some random photos that don't fit with anything else. 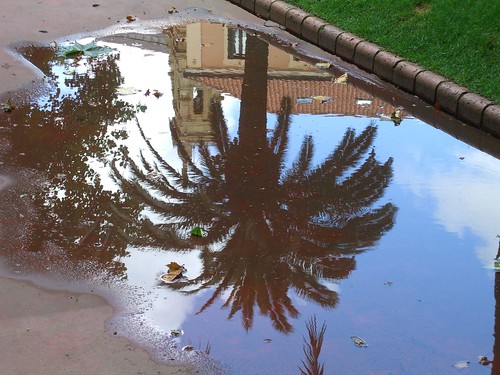 In a park in Bilbao, Spain. 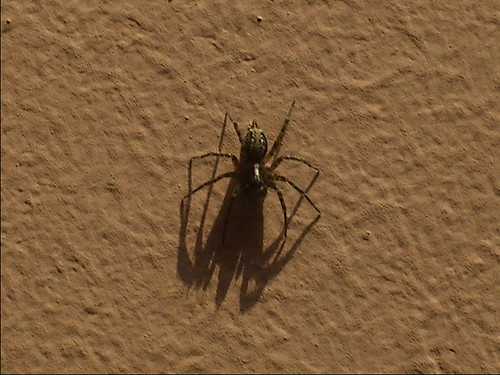 This fellow crawled in my window the other day. He might be small, but he cast a menacing shadow!