Ever since I emigrated across the Atlantic, I've made a habit of making hamburgers on July Fourth. It's kind of silly, but people should celebrate their heritage. Plus, I make a killer burger. 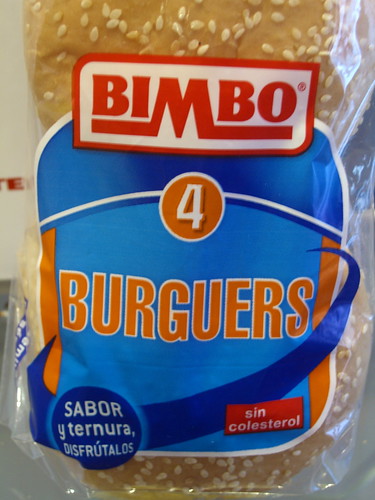 Bimbo buns. "Bimbo" is one of those words in Spanish that, like "Kleenex" or "Frisbee", is a brand name that has become synonymous with the product. All sliced bread, the loaves that everyone eats in the US, are called pan bimbo. This is to distinguish it from regular pan, which are the long baguette-style sticks of bread that is normally eaten in Spain. I suspect that sliced bread's entrance into the Spanish market is largely due to the American culture virus and people seeing it in US television shows and movies.

The other interesting thing to note here is the spelling of "burguer". This is one of many words stolen from English and then respelled so that it can be pronounced properly in Spanish. If it were spelled "burger", the G would be pronounced like an H, and it would sound like "BOOER-hair", but the U makes the G hard, so it sounds closer to English. The other word that causes me to roll my eyes when I see it spelled on menus is beicon. 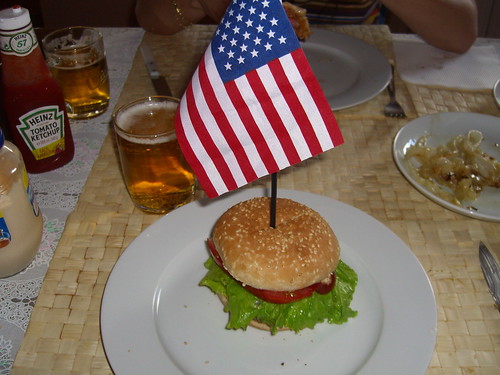 Marga couldn't wait for the photo shoot and the patriotic hymns to be sung. 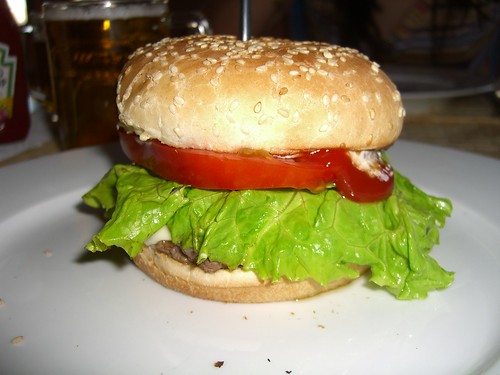