By far the biggest success stories to come out of Spain's reality show, Operación Triunfo (a cross between American Idol and Big Brother, as Wikipedia says) has been a young bloke named David Bisbal. He's doing a good job of milking his fame for all its worth. He's had five albums in five years and even has his own brand of cologne. On Sunday, we went to see him in concert in Vitoria, Spain. On Sunday morning, we drove to Mondragón to have lunch with Marga's folks, and then, so that Marga and I could return directly to Colindres, Belén, Marga and I drove in separate cars to Vitoria. 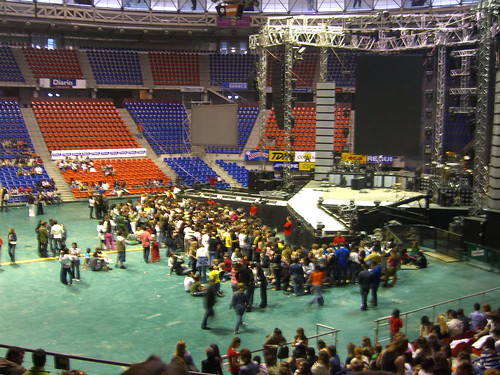 When we entered the basketball arena, my first impression was that the stage was really small. 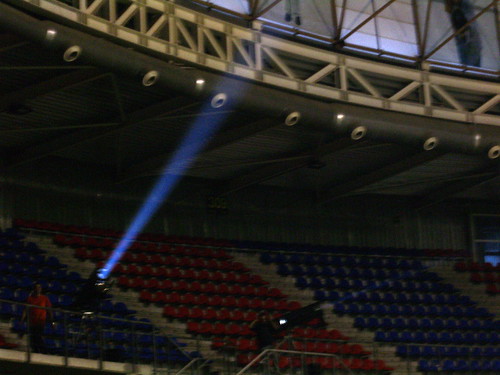 A spotlight waiting for a spot to light. 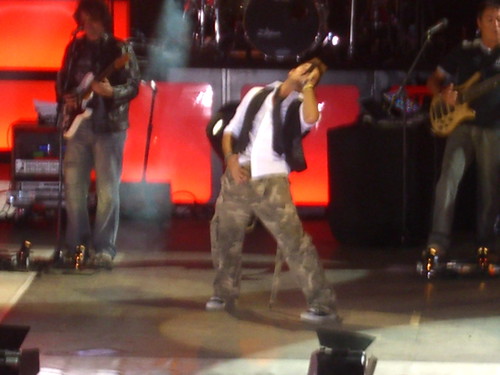 The star. He popped out from a trap door on the stage, but he did so in a really lame way. 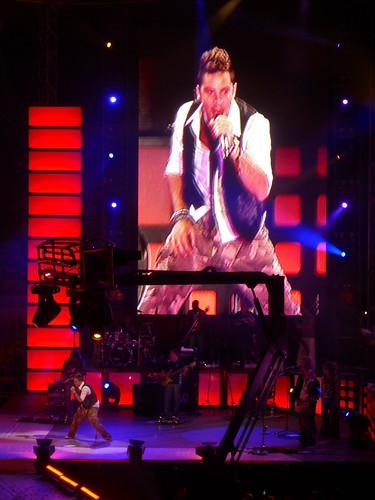 The monitors behind the stage had the most impressive color of any giant LED screen I've seen. 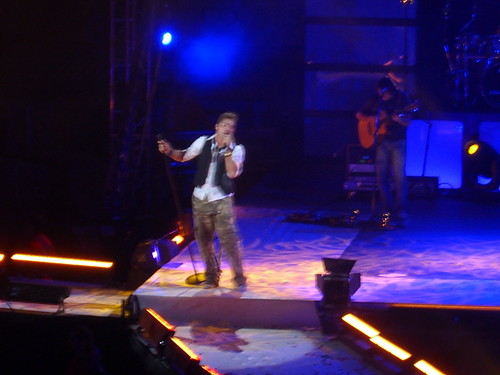 Ironically, his slow songs that I dislike most on his albums were my favorites in concert. I think it was because he wasn't trying to jump around the stage like a rock star. 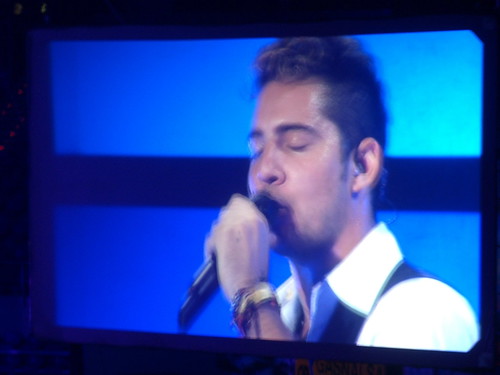 He's got a ton of vocal charisma in his songs, but his stage performance seemed a little false somehow.

Ave Maria was his first big hit single, as I recall. 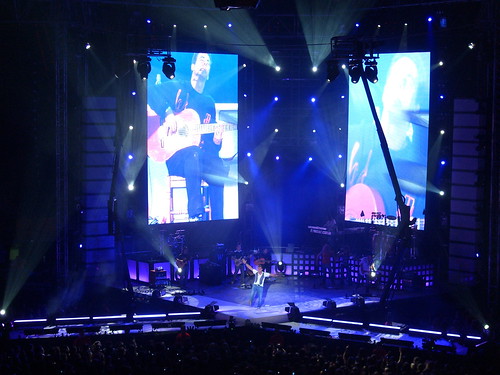 From where we were sitting, we couldn't see both LED screens, but when I got up to visit the bathroom, I got this shot from a central vantage point.

A panorama from a central viewpoint. It was definitely a rock concert. 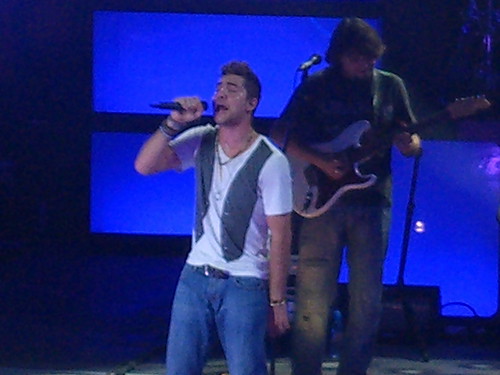 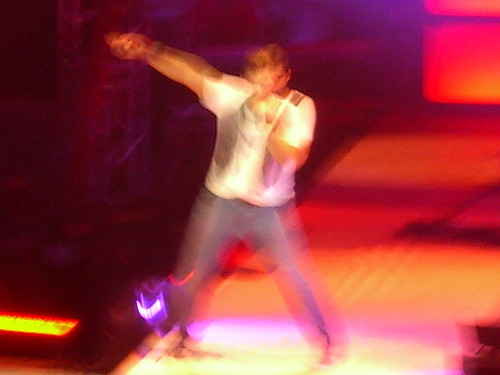 He did this pose a lot. Proper concert photography requires a camera much more expensive than mine.

The guitarist was a better entertainer than Bisbal, despite Bisbal performing several of these running leaps to his knees. That's gotta be tough on the old patellas even if you have the correct form. 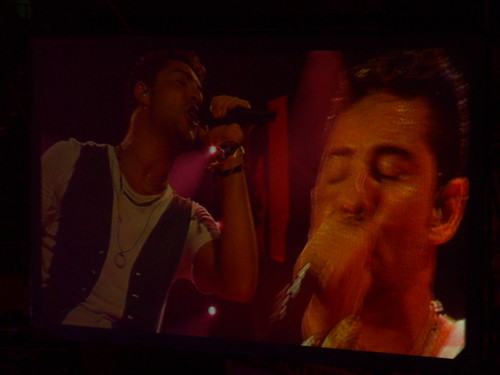 The video editing on the monitors was well done. 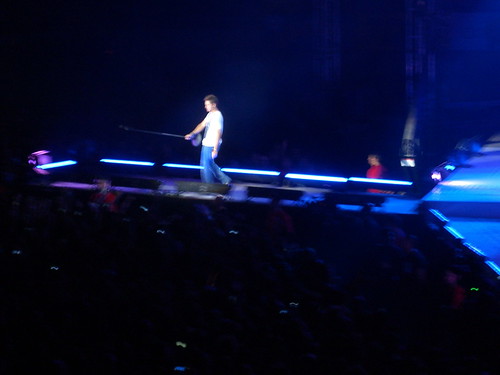 Many of his hits were sung a lot by the audience. 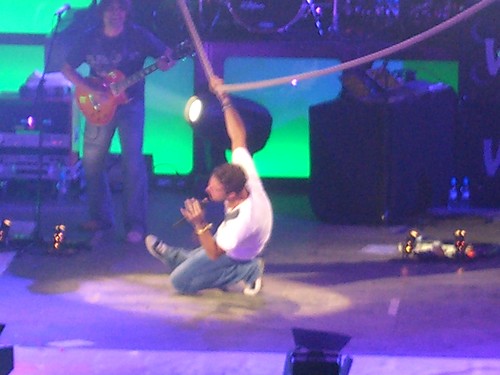 His newest album cover has some subtle Christ imagery involving a rope, so I wasn't surprised to see a rope lowered for that album's hit single. 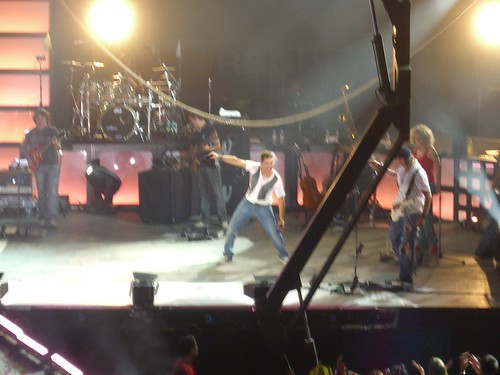 There were some lights on a cherry picker between us and the center of the stage. 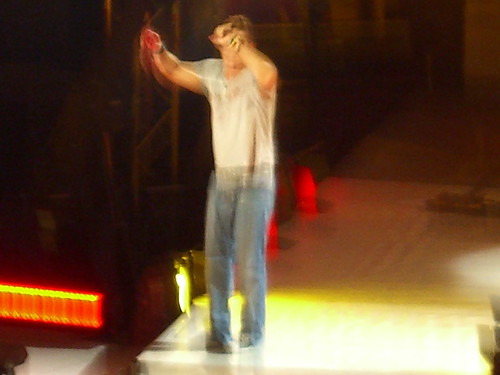 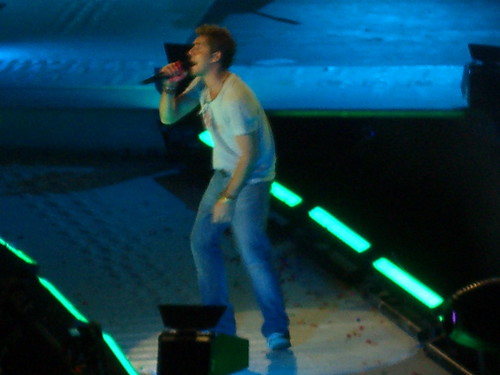 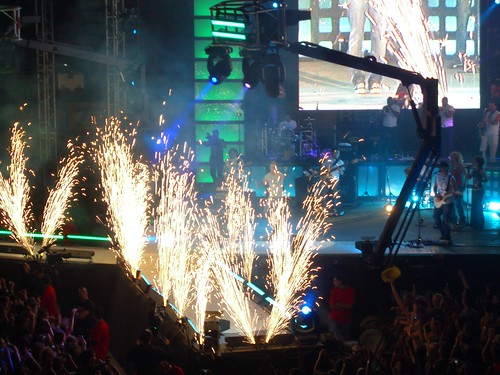 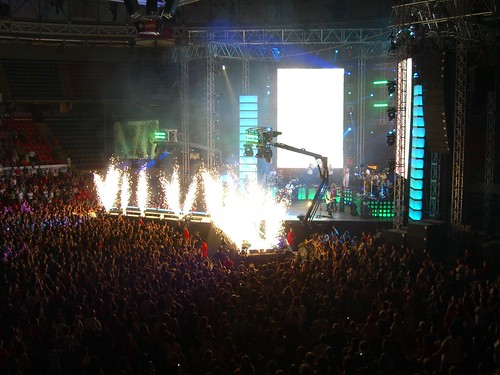 I love how it silhouettes all the spectators. 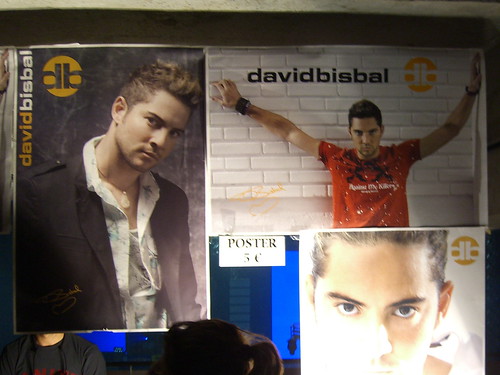 Needless to say, he's a hit with the teenage girls.

Overall, both Marga and I were disappointed by the whole affair. There was something subtly "unprofessional" about the event. He certainly had more charisma than Shaila Díºrcal and way more than Estopa, but he wasn't anywhere near as entertaining as Arrebato or Sueño de Morfeo. I summed up the experience perfectly in the car on the way home when I said, "Well, I'm glad we checked him off the list so we won't have to see him again."