We had a long weekend. It was pretty evenly divided into three separate events, so I'm going to write three separate posts. The first event was a concert in Colindres on Friday night by Shaila Díºrcal. Shaila is famous because of her famous parents, particularly her mother, Rocí­o Díºrcal, a famous singer and actress in Spain. The nearest equivalent that an American would understand would be someone like Julian Lennon or Jakob Dylan (except that their parents were more famous and they have more talent than Shaila). She's a year younger than me, not bad looking, and can sing pretty well. 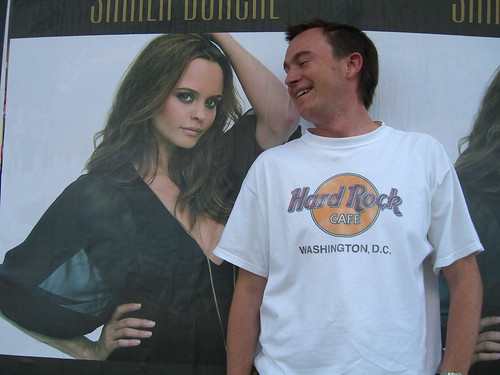 Like most hot visiting celebrities, Shaila invited me out for drinks earlier in the week and posed with me in this photograph. 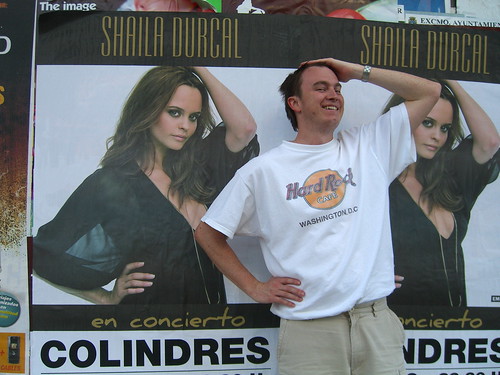 Then she taught me how to properly show off my enormous forehead, a trait that she and I share. 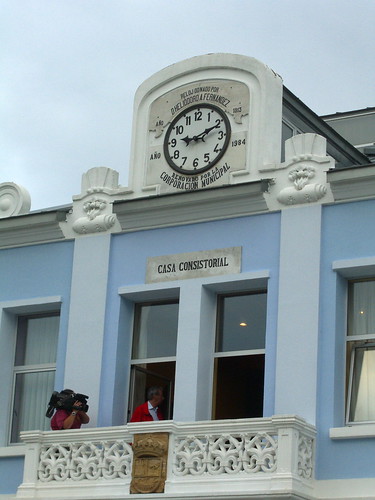 She was the guest of honor at the pregón, the official announcement of the start of the San Juan festivities in Colindres, scheduled for 21:10 on Friday. As you can see, she was not present at 21:10. The Town Hall of Colindres has this advertising slogan that Colindres is "Pueblo 10", as in "on a scale from 1 to 10". I can't decide whether it's idiotic or genius. Anyway, to add to the idiocy or genius, all the organized events start at 10 past the hour. 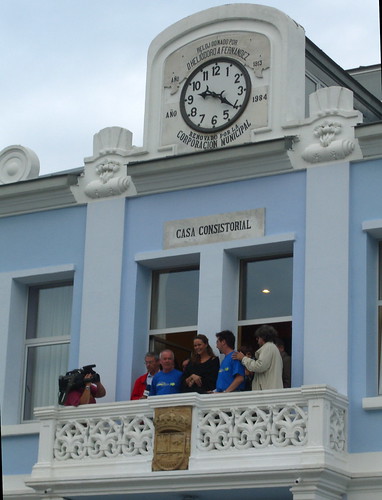 Not bad, only twelve minutes late. That's like being early in Spain. Incredibly, she started the concert that she gave a few hours later one whole minute early! I bet Marga that she'd be at least a half-hour late, so now I have to take her out to dinner (Marga, not Shaila). 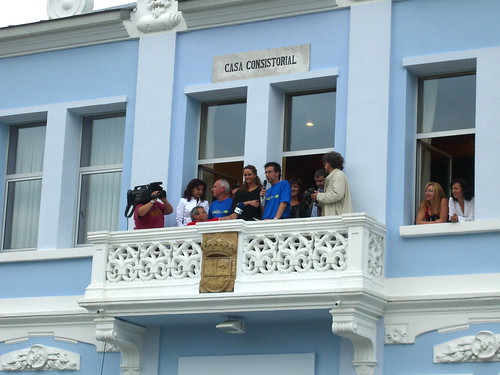 Like me, she prefers a haircut that shows off her huge dome of a forehead.

Here's a couple seconds of her concert:

Shaila Díºrcal sings sings well, but I don't know if it was that the sound wasn't set up quite right, or if it was because I wasn't in a very good mood that day, or what, but I really didn't like the concert very much. Good thing it was free.

She definitely lacks the stage charisma and vocal je ne sais quoi of a truly successful artist. The way the crowd cheered every time she mentioned her mother, who died last year, betrayed the real reason that we were all there.

Shaila made name for herself singing in Mexico, and is only now returning to attempt success in Spain. I didn't know this when I went to the concert, so when she said, "And you can't have a Mexican fiesta without mariachis, can you?" I was way confused. I thought it was some sort of figure of speech that I was unfamiliar with. But sure enough, out walked a mariachi band! 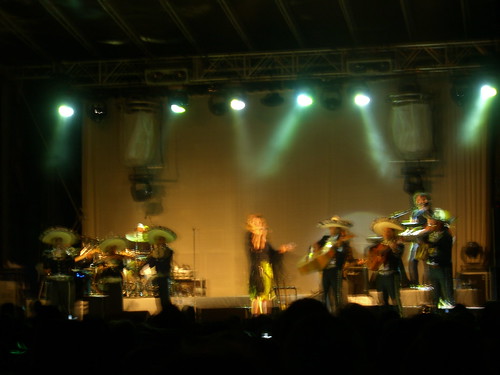 I had a secret chuckle to myself since it was Friday, and my coworkers have recently started associating Fridays with Mexico for reasons I'm not at liberty to divulge. 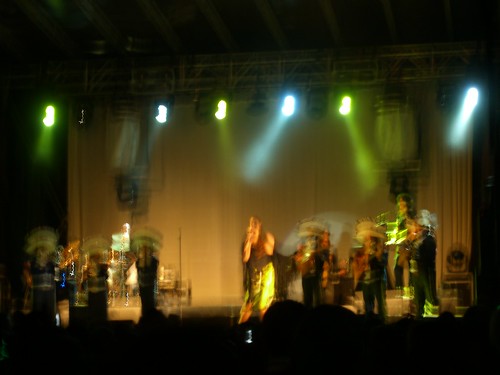 The problem was that, in the end, it was a concert of mariachi music. I'm open to most kinds of music, but some music is really best served in the background while you're in an elevator or stuffing your face with nachos, and Shaila's mariachi music falls squarely into that category.

After the concert we went straight to bed, because we had five hours of driving and a birthday party planned for Saturday.