Tragedy struck here at Cactus Cam Productions last week. Our cameraman, my 6-year-old G4 Powerbook, had a severe stroke last Wednesday. He's been in intensive care since then, and, I'm sorry to report, he passed away yesterday. Due to the nature of his work, we know the exact five-minute interval that he lost consciousness: July 6, 2007, at 18:16, CEST. His last few days of timelapse videos were lost, so we don't have the video of the most recent flowers opening.

I'm afraid that this means that the Cactus Cam is going offline for at least the remainder of 2007. I might still post photos of future flowers, but there will be no more live webcam and no more timelapse videos. 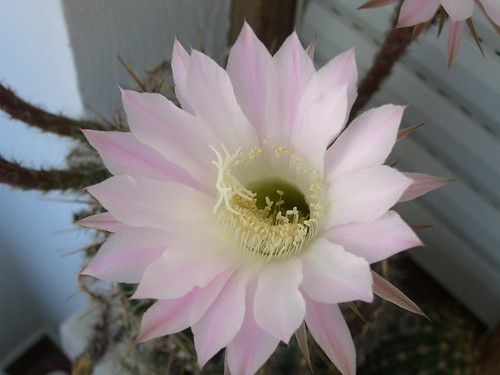 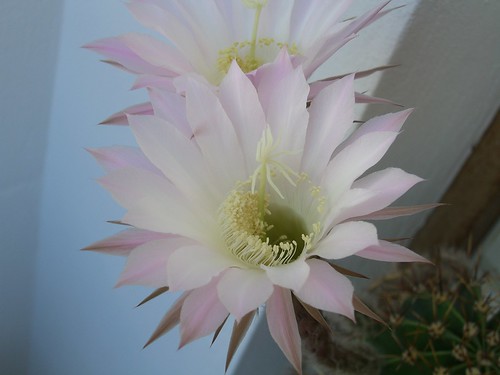 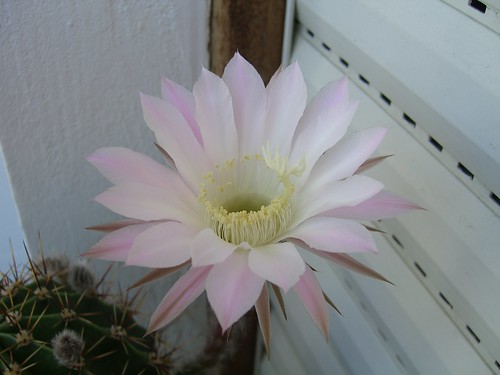 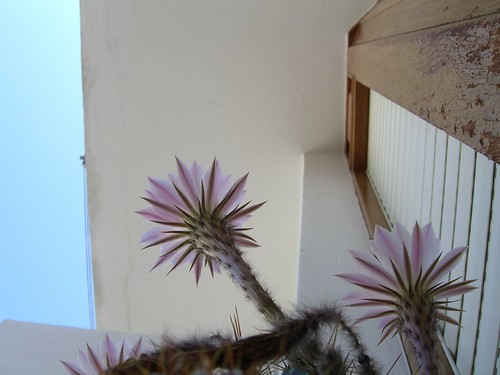 Who knew there was a special Flickr group called Under A Flower? 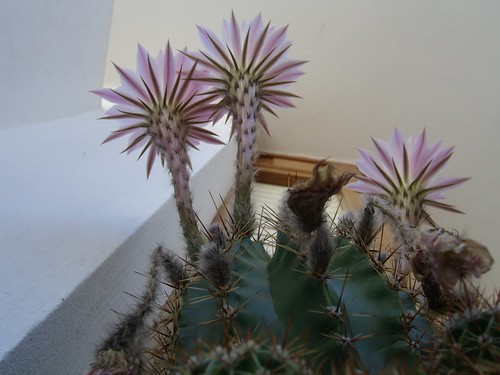 Here you can see the ridges of the cactus. 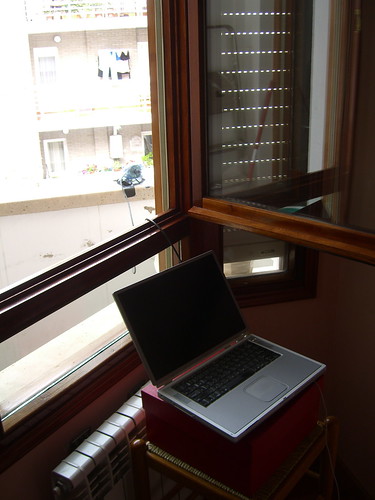 He died the way he lived, with his CPU fan going full blast. R.I.P. little buddy!

This will be the final film for a while, so enjoy it.

The soundtrack is a little multi-track extemporaneous jam in D-minor that I did in GarageBand a couple weeks ago that I didn't deem worthy of its own blog post.