Five Days In May

We had some pretty spectacular action in the Cactus Cam project over the weekend. We had five flowers bloom simultaneously! Apparently most species of cactus bloom at night, so I can't fault the star of our film. I wish I had left the lights on all night that night, but I didn't. 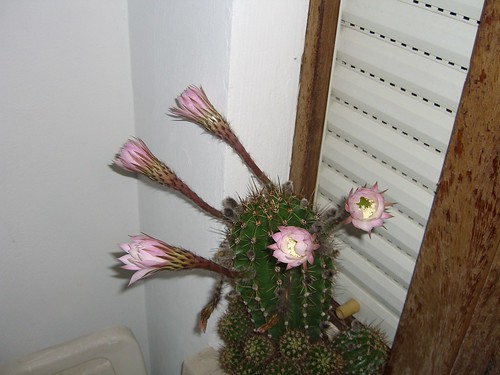 The flowers began to open at dusk on Friday night. 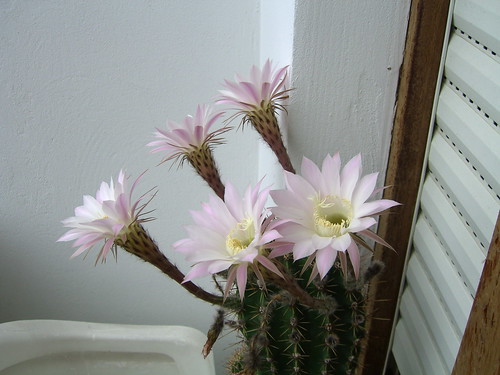 And by Saturday morning, they were almost completely open. 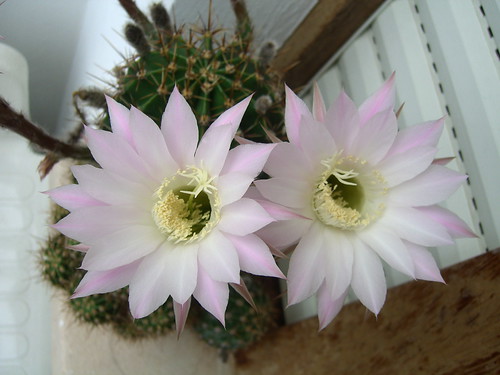 I love those colors. 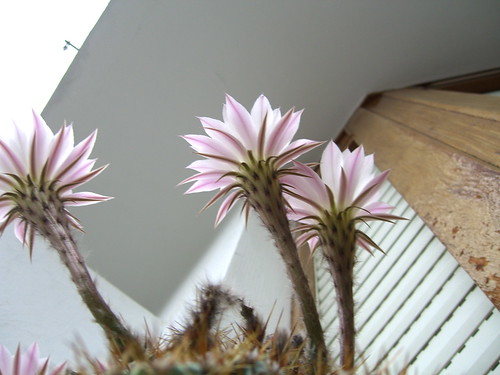 Reaching for the sky! 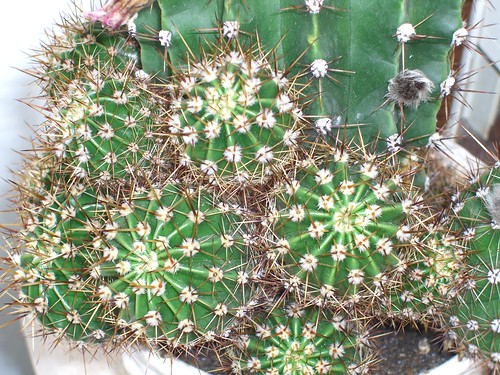 Prickly! My auto-focus had trouble with this surface. It's hard to judge distance when bouncing light off it. I wonder if cacti are invisible to radar... 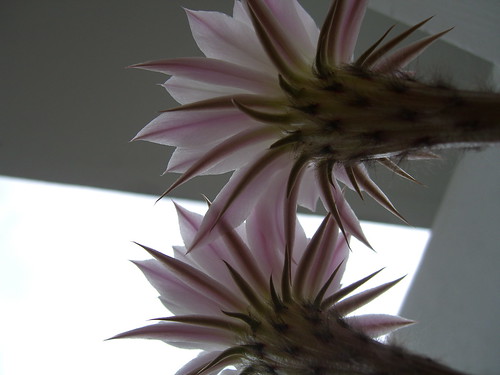 Below Two Cactus Flowers - The view from underneath two cactus flowers in May, 2007. 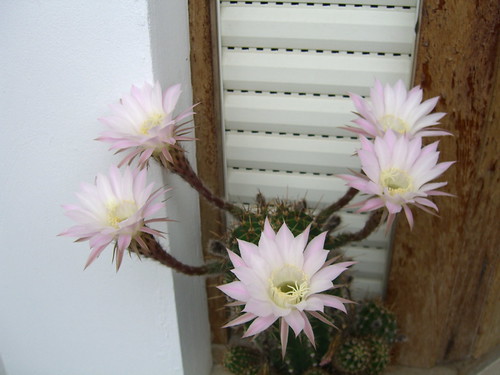 And now, for the feature presentation...

I managed to sneak this soundtrack by the Revver Gestapo. It's an instrumental song called Majestic, by Journey. I'd link to it, but the song title and artist name return too many other hits. I had to loop some of the acoustic picking at the beginning to make it last a few seconds longer. The snare hit when the flowers open was just lucky.