Yesterday was a beautiful, warm, sunny day. As I was doing some errands in town, I noticed that there was a huge cloud of smoke filling the sky. I am the number one source, worldwide, for news about Colindres in English. With this fame, comes responsibility. So I immediately stopped what I was doing and headed fearlessly towards the fire. I got as close as I could without getting wet. It might look like a field of grass between me and the fire, but that's the sound that fills up with water twice a day with the tide. The smoke was coming from a spot across the sound, near the neighboring town of Treto. 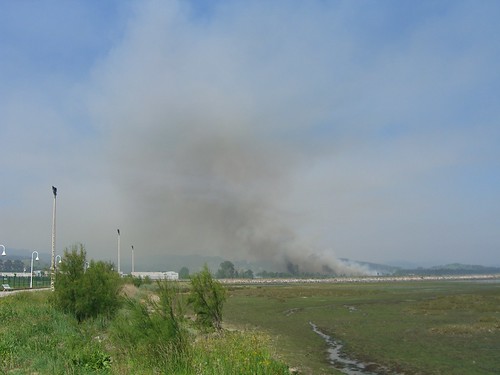 That white building to the left of the flames is a Bosch factory. There was a fire there a couple years ago. 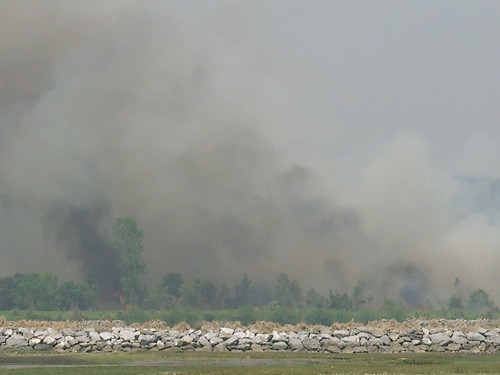 There were several sets of flames. So it almost certainly wasn't a controlled burn. 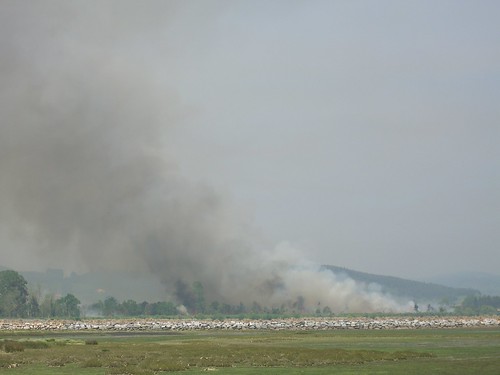 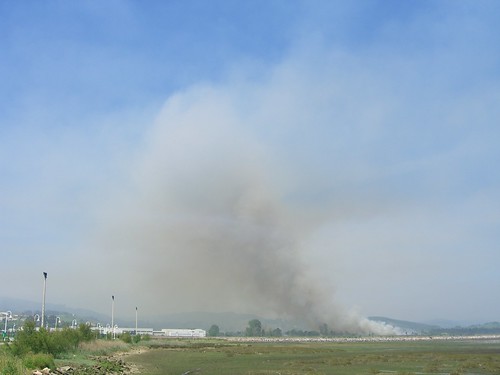 You can see how the plume rises high into the sky. 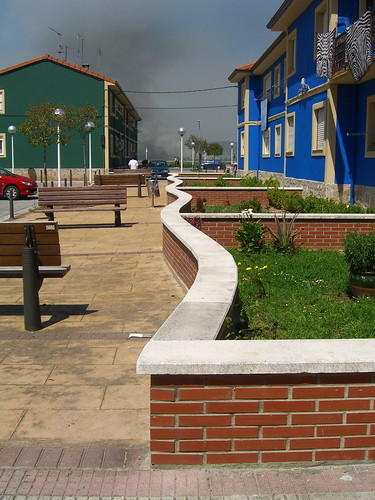 On my way back to my errands, I just had to snap this squiggly perspective looking back at the smoke.

The people I spoke to on the street didn't know anything about the fire. The most information I got was some eavesdropping I did while passing some housewives gossiping in the shade of a tree.

"This morning, at 9:00, the smoke was blowing in the other direction, but then the northeaster came up and it started blowing right at Treto. I swear, with the factory and the smoke, the poor people of Treto won't be able to open any windows at all today!"

I had already deduced the change of wind direction from the shape of the smoke cloud against the perfectly clear blue sky. But I did learn that the fire had been burning since at least 9:00.

I'd better go clear some space to put my Pulitzer...