A Good Day For The Race

According to my mother, my grandfather used to say:

Grandpa [in the morning]: It's a good day for the race! Another person: What race? Grandpa: The human race! 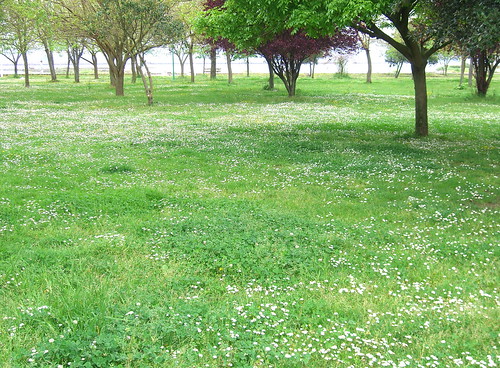 White daisies ("margaritas") take over the local park in Colindres. 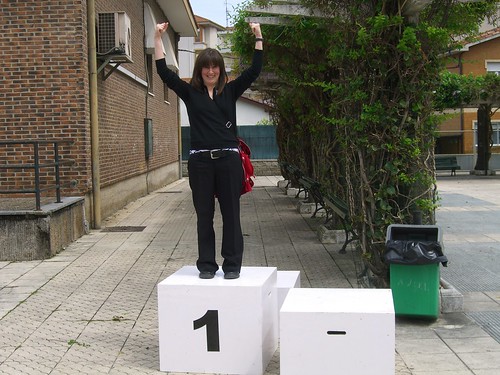 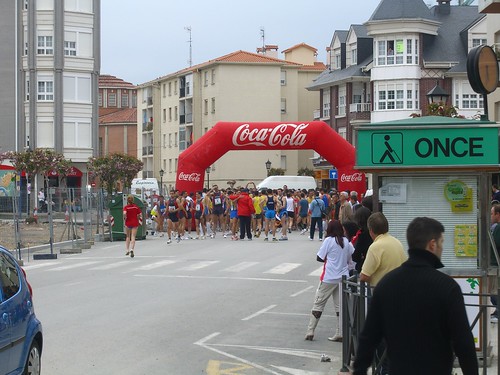 Just before the race began. 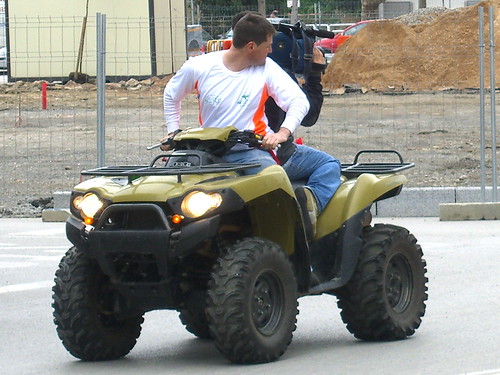 The video this guy on a quad recorded couldn't have been very steady. 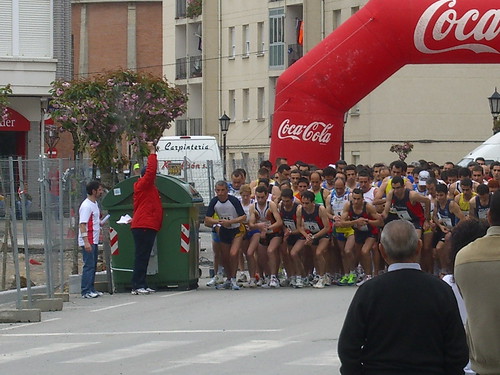 I love this shot. Pistol in the air, and every participant with their finger on their watch.

Did you notice the guy at the very end with the prosthetic leg? If not, here he is on his second lap (there were four laps in total, two small and two big). 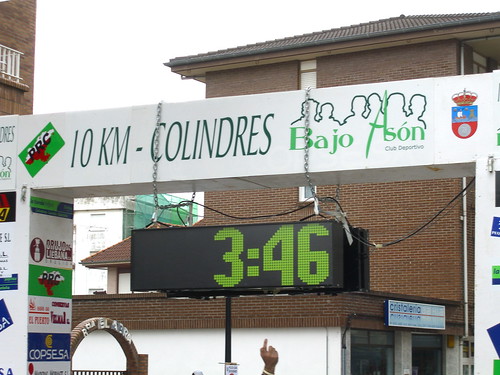 The clock over the finish line. 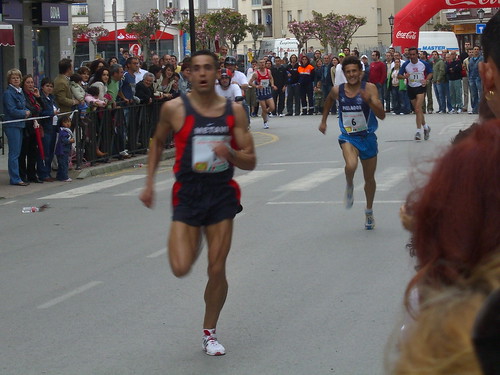 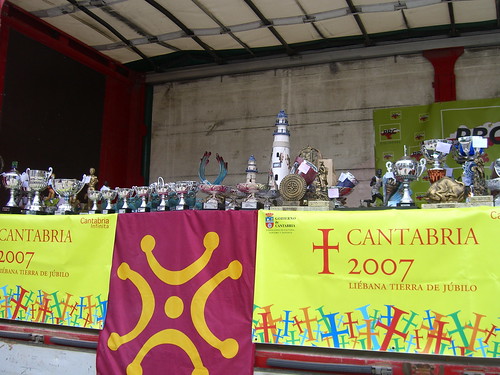 There were plenty of trophies! 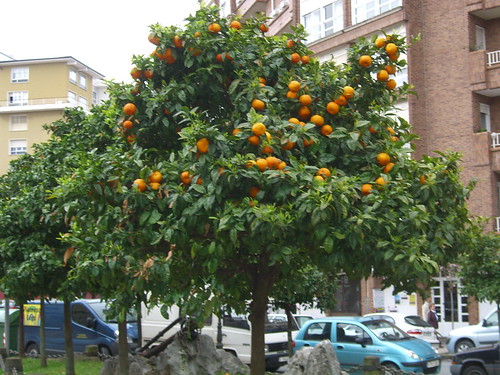 There are a lot of overloaded fruit trees in Colindres.

After the race, we went over to the town hall square to hear a band from Santoña, a local fishing village, sing traditional folk songs about their town, and fishing boats, and fishermen that miss their wives at home, and little kids that dream of one day becoming fisherman. 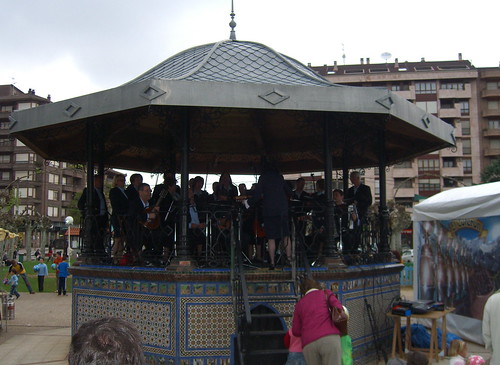 The band takes the stage in the "kiosko". Just like José said they did.

Their second song was accompanied by some amateur interpretive dance... 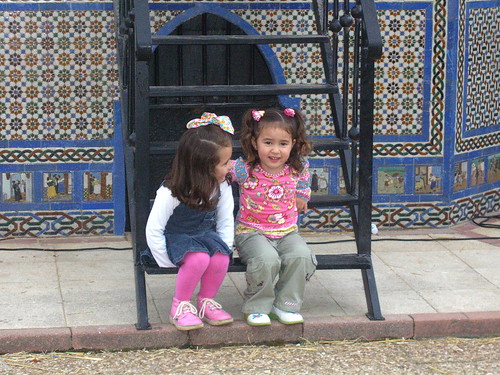