On Sunday, we took a leisurely walk around Colindres. The weather had been miserable for a full week, and at the first break of sunshine through the clouds, the entire town came out to enjoy it. Although it was barely 10°C, the tables in the streets in front of bars were packed with customers, desperate for some fresh air and sunshine. 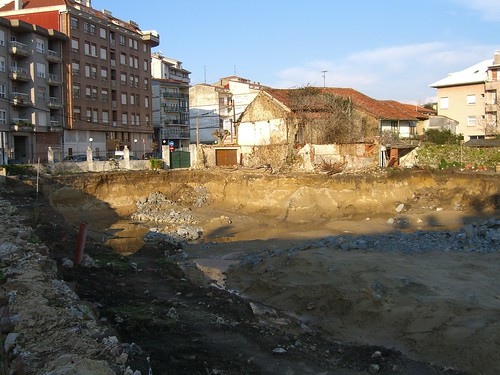 This is the big hole that has become of the house they tore down in my neighborhood. Once a property is bought, they waste no time in building anew. 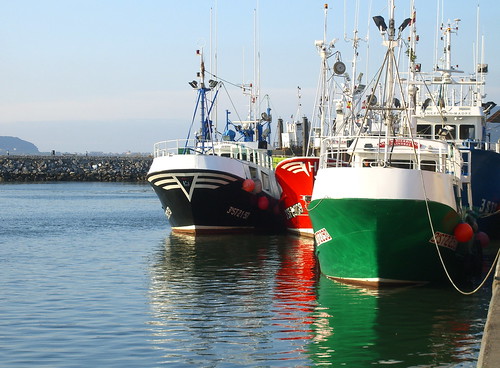 All the fishing boats were in for the weekend. 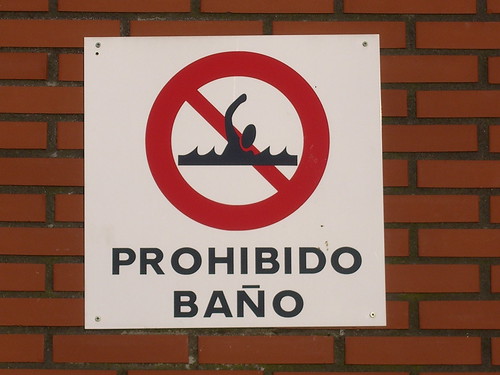 That stick man looks like he regrets entering the water and could actually use some help. 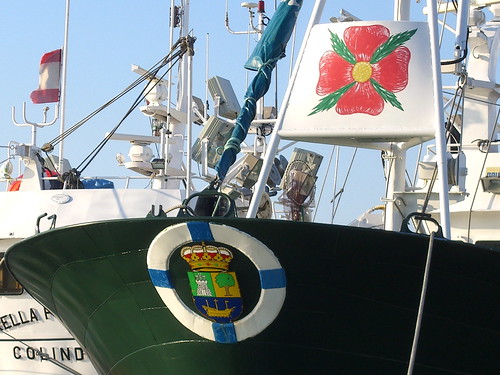 The coat of arms is that of Colindres. No doubt the four-petal rose symbol holds religious meaning. Where's Robert Langdon when you need him? 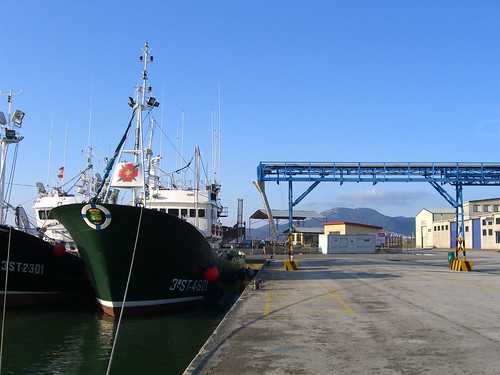 The first few times I saw this long (it extends another 50-70 meters to the right of the picture) elevated conveyor belt going out to the boats, I had no idea what it was. But then one day it hit me, what they'd need to be filling the boats with: ice. To put the fresh fish on ice immediately after capture. 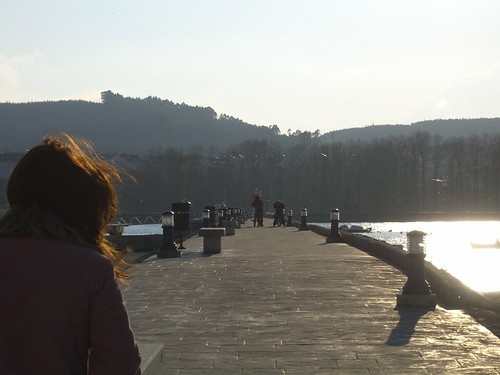 The long walk out to the Colindres lighthouse. You can see it from the side in José's picture. 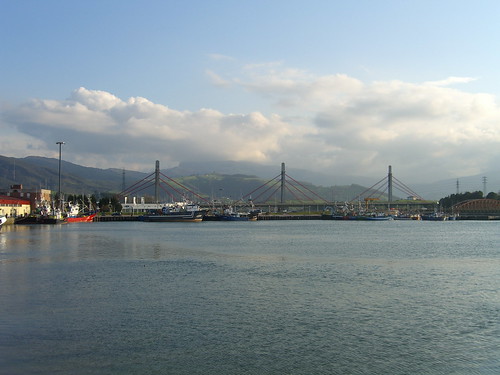 The bridge between Colindres and Treto. Again, a better photo exists on Flickr. 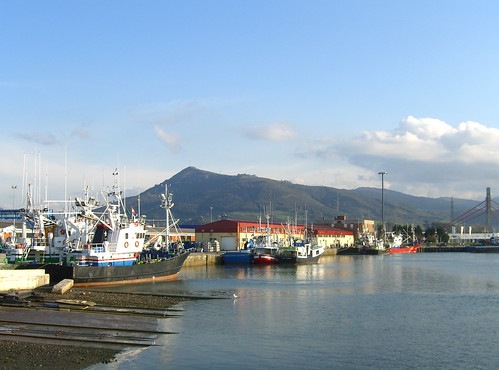 Looking back from the lighthouse to the mountain that looks protectively over our little village. 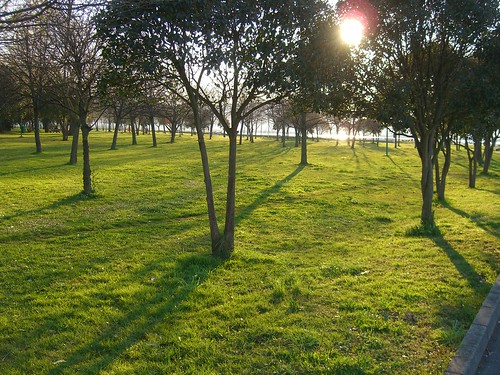 I love this picture. I told Marga, "Hold on a second, there's a beautiful photograph waiting to be taken over here." This is the park. I'm sure it has a name, but I don't know it. 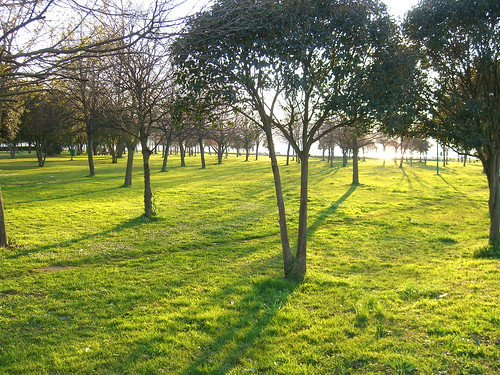 I thought I'd make the previous picture better by looking a little more to the left to lose the curb, but I lost the glare of the sun, and I think I like the former better.

I hope you enjoyed your afternoon walk around our little Cantabrian town.