On Saturday night, we went out with some of Belén's friends in Mondragon. Every March 17th to come, I will think about the weekend we spent in Dublin three years ago, quite possibly the most enjoyable weekend I've spent with good friends, tourism, and alcohol. I had noticed earlier that day that the token Irish pub in Mondragon was advertising a free leprechaun's hat with the purchase of two half pints (this is Spain, remember) of Guinness. I just so happened to have my Guinness jacket that I bought in Dublin in 2004. So after a night of bar hopping, I insisted that we stop by the Irish pub to get me a hat. 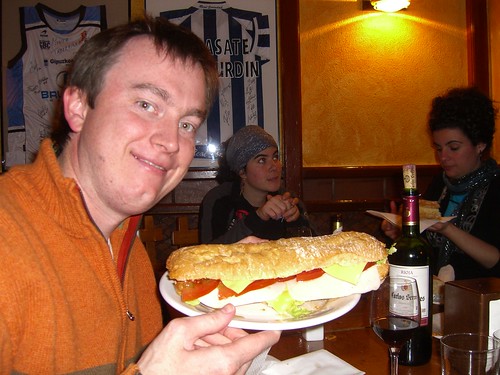 Any seasoned drinker knows the importance of starting the night on a full stomach. This lovely "bocata" (the Spanish word for this long type of sandwich) was scrumptastic! 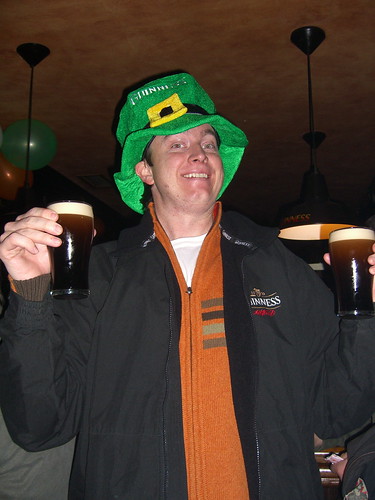 Looking good in my Guinness jacket and new hat. 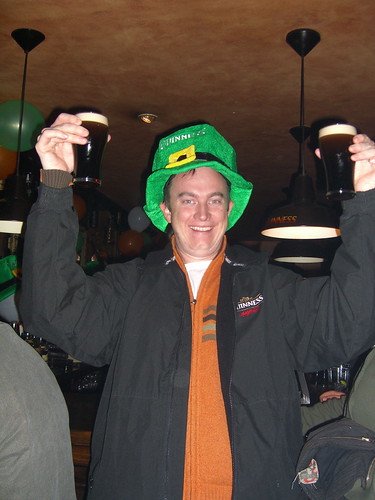 It's just by chance that my sweater, t-shirt, and hat form the colors of the Irish flag. 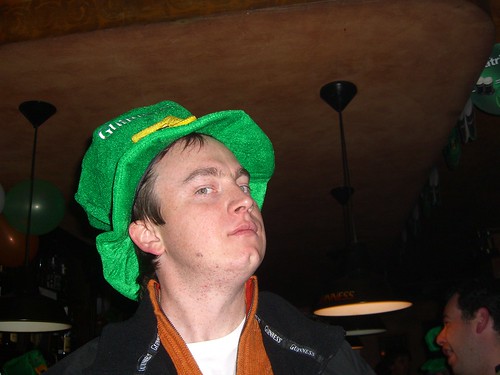 I will NOT tell you where my pot of gold is! 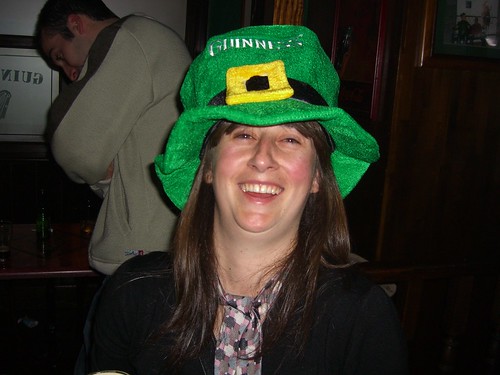 Belén shows off her orthodontist's achievments. 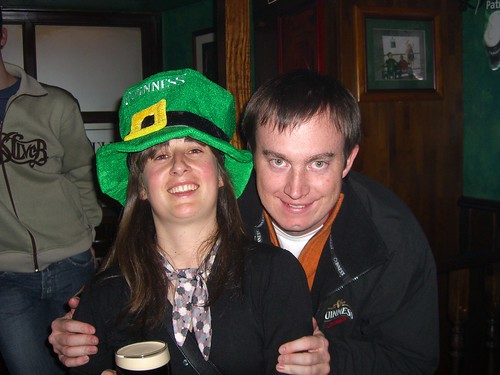 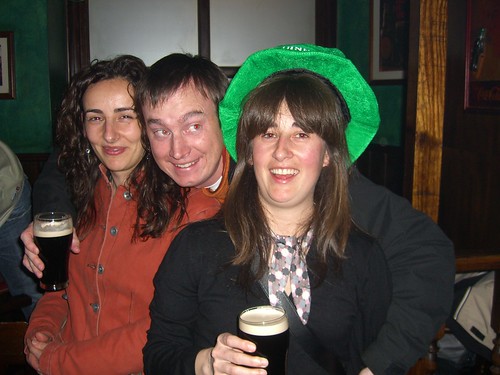 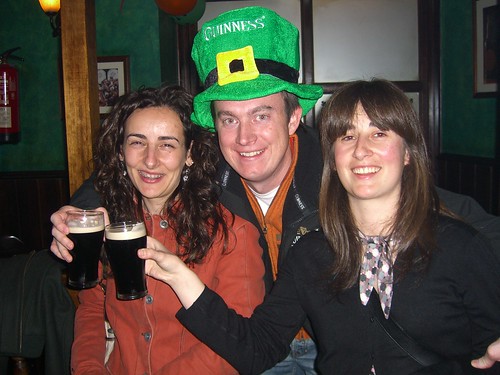 Two sisters and a leprechaun. Sounds like a bad sit-com. 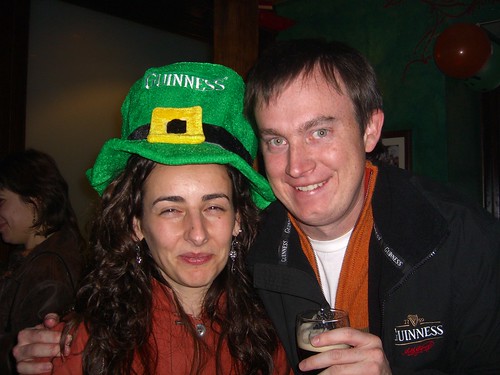 After a thorough debate, fought hard by both sides, it was decided that the leprechaun hat will not participate in the wedding in any way. 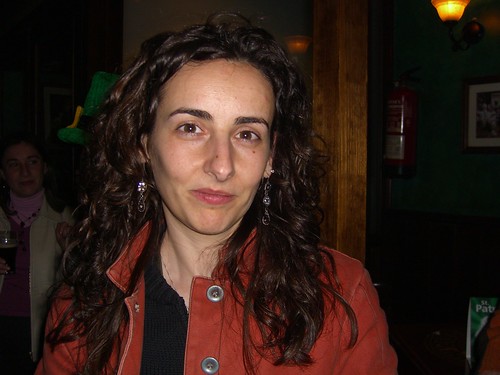 I don't remember this picture being taken, but I like it. 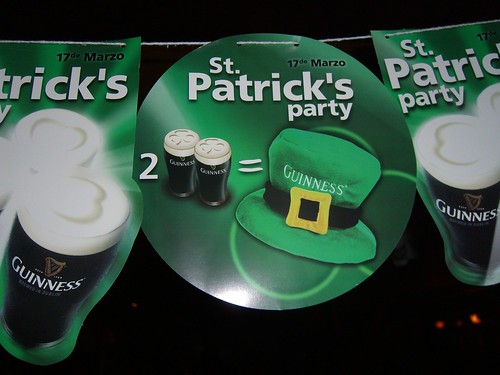 What great advertising. These silly little hats seem like the coolest thing in the world after a few drinks. I wore mine all the way home. 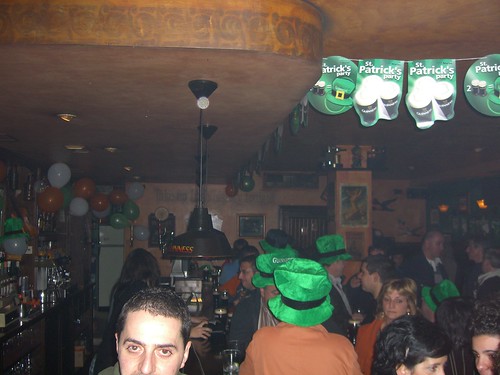 The pub was suitably decorated. 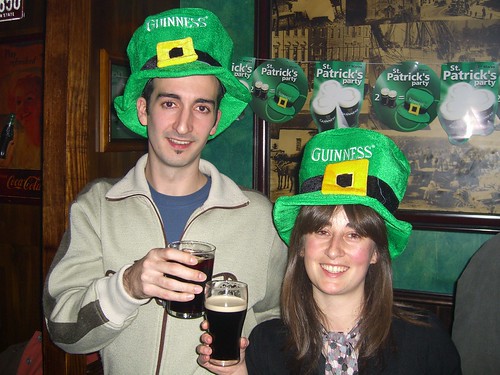 Belén borrowed a hat from a friend in the bar and posed with her boyfriend, Gorka. 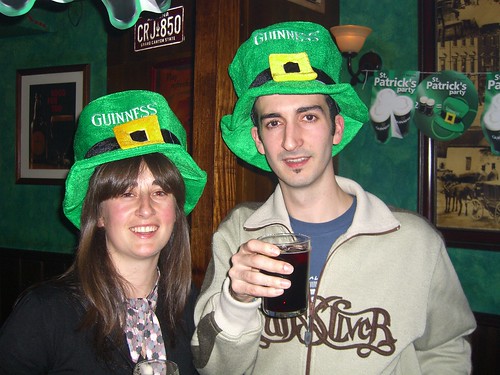 Then she had the idea to pose again, but this time on the step next to him. 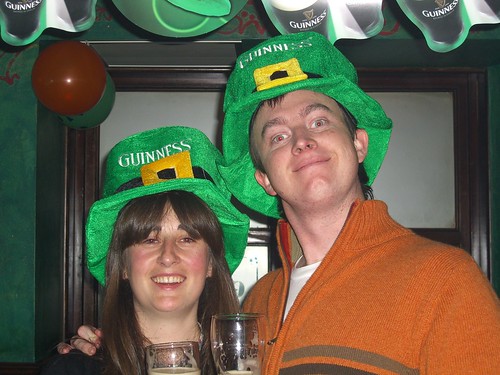 In case you were curious about the contents of my nose... 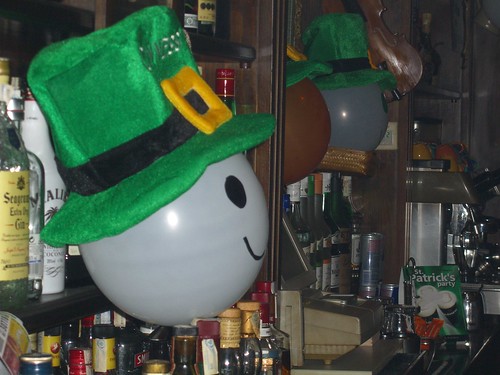 I hope you all had a happy St. Patrick's Day!

The Irish, like the Spanish, know how to take a solemn Catholic holiday and turn it into an explosion of alcoholic hedonism. For that, I salute them. Cheers!