I had to take some books back to the library the other day. The library in Colindres is the worst I've ever seen. There's no order in the books, and there are only about 200 books in a cramped little room. It's pretty sad. I took my camera along and snapped some pictures of the town hall and a little gazebo thing. 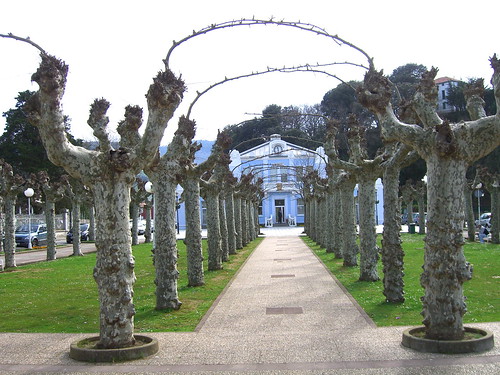 I think it's cool how they can grow trees together like this. That's the Colindres Town Hall ("Ayuntamiento" in Spanish). 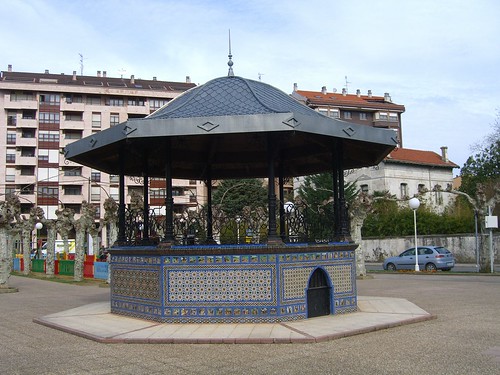 Structures like this in the middle of town squares are pretty common in Spain. They can be used as stages for gatherings. The most common use is for a band to play up there. 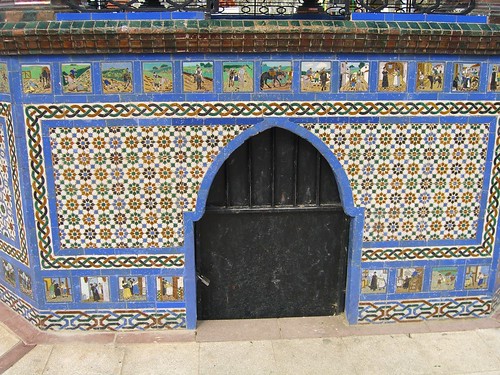 This door really intrigued me. What could possibly be under there?

I noticed that the tiles are painted representing scenes from a story. You don't have to live in Spain too long to know that there's only one Spanish folk story. Sure enough, I walked around to the other side and saw the windmill scene, the only scene anyone really knows about the story.